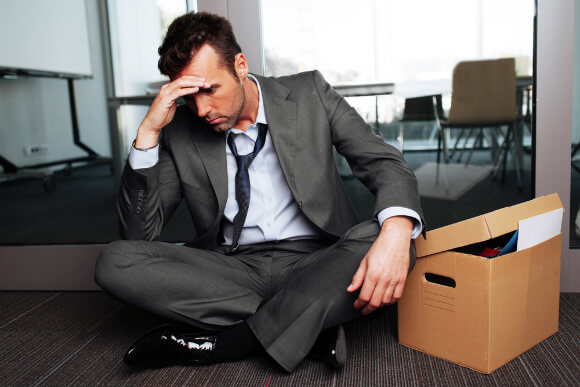 Recently, in conversation with Vinod Khosla, Larry Page was asked what he thinks will happen to jobs in the future as technology begins to replace humans.

His response was essentially, “everybody will work fewer hours.”

Similarly, Richard Branson suggested that in the future, companies might choose to hire two part-time people for every one full-time job, employing more people for less time. We could reduce our work weeks to four days and sprinkle more vacations into the year. I guess most people wouldn’t complain.

But what’s going on here?

I often talk about the incredible benefits exponential technologies like machine learning, robotics, and 3D printing will bring to society. However, one major potential concern is that these same technologies will cause widespread unemployment across the board. This is often referred to as technological unemployment.

In fact, one recent study out of the Martin School at Oxford suggests that 47% of our jobs are at high risk of being replaced in the next one to two decades.

Developments in the fields of machine learning and robotics are creating systems that outperform, outpace, and outprice human labor. And the spectrum of jobs that computers can replace is expansive. Everyone, from factory workers and farmers to doctors and lawyers, has their current jobs at risk.

This is an important topic that you should at least be thinking about. It’s also a complicated subject, so my aim here is not to delve into too much detail; instead, I want to provide a little context and argue that now, more so than ever, is the time to be debating what to do next.

Did you know that a letter was sent to the president, signed by Nobel laureates and esteemed professors warning him of “imminent large-scale technological unemployment“? The letter describes a “cybernation revolution,” brought about by “the combination of the computer and the automated self-regulating machine,” which, “results in a system of almost unlimited productive capacity which requires progressively less human labor.”

But this letter was sent in 1964, to President Lyndon B. Johnson, by a group of concerned scientists 50 years ago!

There are a few ways to interpret this:

Option #1: Given that we haven’t seen a “cybernation revolution” in the last 50 years, we probably shouldn’t be worried about it happening anytime soon. The idea here is that technology continually creates new (and higher functioning jobs) than it displaces, ultimately benefiting humanity.

Option #2: This time it’s different, and 50 years ago we were in the deceptive phase of an exponential development cycle, but now it’s becoming disruptive, and we are right on the knee of the curve. In other words, it’s time to start preparing for (and becoming comfortable with) large-scale, rapid exponential change.

Where do you fall?

If option #1 is correct (like technology gurus Marc Andreessen and Kevin Kelly believe), then we’re in good shape and we’re heading towards a world of abundance with little downside. For example, 50 years ago, financial institutions employed rooms full of bookkeepers who copied ledgers. When computers first hit the scene and took over this function, it was feared that banking jobs would vaporize. But this never happened. Banks today employ more people than ever before.

If, on the other hand, option #2 is correct, then we have some important conversations and decisions ahead of us, and a lot of seriously concerned people.

I recently held a confidential chairman’s forum at Singularity University with a group of CEOs to think through the potential impact of large-scale technological unemployment.

After many conversations, we identified four possible outcomes. Which of these do you believe is correct?

(1) Net Positive Increase in Jobs: Exponential technologies will cause a net positive increase in meaningful, skilled jobs and opportunities.

(2) Loss of Jobs, Society Adapts: Exponential technologies will dramatically decrease the number of jobs, but society will adjust to this new reality by changing norms around work (days or hours per week, etc.), and/or the creation of work in virtual worlds.

(3) Near-Term Loss & Long-Term Gain of Jobs: There will be a near-term loss of jobs; however, in the long-term, exponential technologies will cause a net positive increase in meaningful, skilled jobs and opportunities, perhaps as human more closely integrate and collaborate with technology.

(4) Loss of Jobs/Society Rebels: We’re screwed: There will be a large-scale loss of jobs in both the near and long-term future, and society will not be able to adapt, and this will cause significant anger and revolution.

I’d love to know what you think!

In fact, here’s a 2-question survey on this subject. Would you take a moment and take it?

More importantly, please share this with your social media, friends and family. I’d love the broadest exposure possible to this survey.

What to Do Next

My recommendation for you is to do the following: begin to do your own research. Talk with friends, spend some time looking up “technological unemployment” on the Web, read the opinions of vocal thought leaders like Marc Andreesen and Larry Page, and shape your own opinion on the matter.

What you think about this subject? Spread the word and share your thoughts with me and your friends. Let’s elevate this topic in the global conversation.

If you’re a CEO or entrepreneur and would like to take the discussion one step further, I’ll be spending time on this subject (both the threats and opportunity) at my Abundance 360 Summit.

In the meantime here are some blogs and links to kick off your own research:

I’ll share my personal opinions/thoughts more with you next time when I send over the SurveyMonkey results.

Every weekend I send out a blog like this one with my latest insights on technology. To make sure you never miss one, head to www.AbundanceHub.com to sign up for this and my Abundance blogs.

[Photo credits: out of work businessman courtesy of Shutterstock]