As the world seeks alternatives to fossil fuels, scientists, entrepreneurs and government leaders are pushing to develop cheap, clean energy.

Wind-harnessing turbines are increasingly found in many parts of the world. Solar panels can be seen on more and more rooftops as budget and energy-conscious homeowners take advantage of government subsidies for renewable energy sources.

However, renewable energy has yet to reach the level of increased efficiency and lower cost needed to compete with fossil fuels. With this in mind, researchers at Ohio State University recently announced their creation of a new hybrid device that can act both as a solar cell, producing energy from sunlight, and as a battery storing that energy. 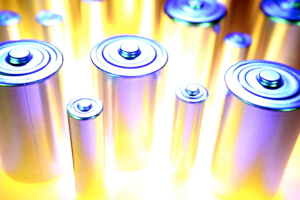 The new device, the brainchild of Dr. Yiying Wu, a professor of chemistry and biochemistry, may overcome some limitations in both solar cell and battery technology. They published their results in the journal Nature Communications earlier this month.

A shortcoming of solar panels is the loss of energy production on overcast days or at night. (This is the same issue for wind turbines on windless days.) Most homeowners with rooftop solar panels add excess daytime-produced energy to the local grid. Then in the evenings or on overcast days, they buy energy back from the local utility.

While this system isn’t ideal, the lack of an efficient battery system to store the excess energy necessitates it. For a home to truly be energy-independent, it would need to produce and store energy for later use.

Dr. Wu’s patent-pending device, however, may bring us one step closer to the development of a system where efficient, decentralized power generation is the norm.

Another advancement in the device is how the energy is stored, using a next generation lithium battery called lithium-air (Li-air) or lithium-oxygen battery. 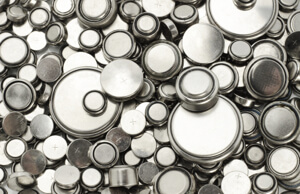 Compared to the older nickel-metal hydride (NiMH) and lead-acid batteries, the advent of Li-ion batteries brought many advantages. They have a much higher energy density, meaning they can store significantly more energy per weight. Li-ion batteries also lose their charge at a much slower rate when not in use.

But Li-ion batteries aren’t without shortcomings either.

They can have a short lifespan despite withstanding many charge/discharge cycles and are temperature sensitive. Use or storage of Li-ion batteries in high temperatures results in their rapid degradation. Because of these and other limitations, some researchers have focused on refining Li-air battery technology since as early as the 1970s.

These batteries use lithium at the anode and oxygen (from air) at the cathode to create current, and they can have up to 15 times the energy density of Li-ion batteries—matching the energy density of gasoline. This means that their use in electric vehicles could potentially increase the driving range to over 500 miles on a single charge, directly rivaling the range of most gas-powered cars. IBM even has a program called The Battery 500 Project to develop such range for an EV using an Li-air battery.

Previously, Dr. Wu and his team developed a potassium-air battery (K-air) that won major funding from Ohio State University and the Department of Energy.

The K-air battery packed a much higher energy density than Li-ion batteries and was shown to be cheap to produce and almost 100% energy-efficient without producing toxic byproducts. The Li-air battery subsequently developed by Dr. Wu’s group was based on the design of the K-air battery, essentially substituting lithium for potassium.

Next, the researchers overcame several technological challenges to combine this Li-air battery with a solar cell to provide the energy.

As mentioned above, these batteries need the oxygen from air to create the current. However, most solar cells are solid and mostly impermeable to air. So the team designed a novel mesh-like solar cell made from microscopic rods of titanium dioxide.

The mesh made the solar cell permeable to air while the rods were treated to capture sunlight. The capture of sunlight produces electrons that will decompose lithium peroxide into lithium ions, thereby charging the battery. During discharge of the battery, oxygen from the air is used to replenish the lithium peroxide.

So far, tests of this hybrid device have shown promise in terms of reliability and energy efficiency. The researchers will continue refining their device and experimenting with new materials to improve performance. They hope to license the technology to companies for further development and, eventually, to bring the device to market.

Even though the idea of a Li-air battery was proposed in the 1970s, little progress was made until the mid-1990s when new advanced materials made these batteries feasible. Just like any battery technology, Li-air batteries have their own set of challenges that must be overcome before large-scale use. But with over 400 research articles published in the past four years, the field continues to show promise.

The use of fossil fuels has driven our technological evolution for over 100 years. However, we now realize that there is a price for this evolution.

Earth is our only home; the only planet we know to sustain life. And while this new device is just one small step, it moves in the right direction, to a future where abundant, reliable, and clean energy is the standard.

A Dutch City Is Using Electric Cars to Feed the Grid