In the evolution of information technology, acceleration is the rule—and this fact isn’t easy for the human brain to grasp.

You’d be hard pressed to find someone who isn’t at least intuitively aware of the speed of information technology. We’ve become used to the idea that the performance of our devices has regularly doubled for the last few decades.

What is less intuitive is the rate at which this doubling results in massive leaps. The price performance of today’s devices is a billion times better than computers in 1980. But even this is not completely outside the realm of immediate experience. We know even our smartphones are much more capable than the first computers we owned.

It’s here, however, that intuition fails us completely. Over the course of the two-day Summit Europe in Amsterdam this week, two reasons emerged from the slew of talks.

First, the exponential growth in computing isn’t just something that’s happened—it also appears likely to continue in the foreseeable future. Ray Kurzweil notes that, although the current cycle has been driven by integrated circuits, it won’t end when we’ve exhausted their potential.

Exponential progress has been surprisingly consistent from the first computers—with one technology picking up where the last one left off. (Kurzweil lists earlier computing technologies as electromechanical, relay, vacuum tube, and transistors.)

As exponential growth continues, we can expect another billion-fold improvement in the coming decades.

Second, computing’s exponential pace isn’t confined to the device in your pocket, lap, or desk. The power of digital information is infiltrating other fields and driving them at a similarly torrid pace.

The key to anticipating—if not precisely predicting—the future of technology is understanding these exponential curves. At first they double as small numbers (.01 to .02 to .04, etc.) and appear slow and linear. This is deceptive. When the doubling hits one, two, and so on—it takes a mere 30 steps to reach a billion.

And critically, half of all exponential growth happens in the last step.

Anyone basing their predictions on an exponential trend will, by definition, look like a hack and a genius in short succession. Why? Because whatever process they’re predicting will only be halfway to the level of progress predicted—and therefore still appear distant—at just the moment before it comes to fruition, which ultimately will prove them correct.

Take a breath to appreciate what that means. To stay ahead of an exponential curve, you have to make plans that few of your peers will fathom until the very last moment. It’s easy to see how much pressure and criticism that inevitably invites.

It is small wonder that few people—even if they actually appreciate exponential trends—are able to not only employ this philosophy but stick by their convictions. Our brains and social structures are simply not built to appreciate acceleration. 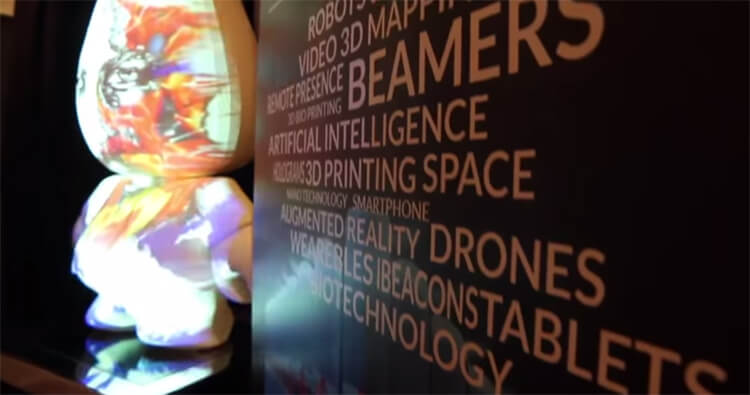 What are these? Artificial intelligence, computing and networks, robotics, 3D printing, genomics, and health and medicine. It would be naive to say many of these fields have not been called revolutionary before now. It would be equally misguided to underestimate their power to do great things in the future.

Because these fields, in one capacity or another, are hitched to exponentially growing computing power—they may look disappointingly linear (maybe for a long time) before becoming suddenly, precipitously surprising.

Are we poised to wrest biology from nature? To develop machines with intelligence that rivals or outstrips our own? To manipulate the material world on molecular scales? If such predictions sound outlandish—you have a human brain.

But don’t let that blind you to the more general rule: As the world is increasingly digitized, many technologies you think belong to the distant future will arrive much sooner than expected.