It’s been said that when a technology is free to use, you are not the customer, you are the product. That remains true – but now with apparel company Under Armour’s acquisition of health tracking app MyFitnessPal, there is an additional dimension.  Your thoughts, behaviors, and actions can also be used to improve other products, sometimes in entirely different industries.

What these companies have done represents an ambitious step forward in the use of personal information for product design. We’re familiar with our online behavior being used to optimize a website or news feed. We’re less familiar with our behavior online being used to optimize a retail product. It’s soon going to become commonplace for the largest brands in the world to want to know incredibly specific details about you in the physical world, just as they do online. 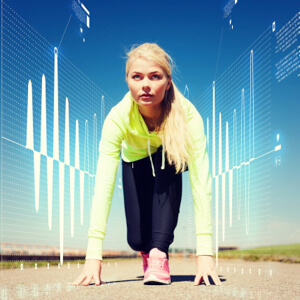 Technology has steadily eroded the traditional boundaries that define what companies do. The improbable is now expected. A search engine makes thermostats and cars. Entrepreneurs are working to replace or embed all of the items that make up our daily lives with computers. The objects around us are increasingly generating and collecting huge amounts of information. This has completely transformed how products are marketed and sold – increasingly too, how they are designed.

It is therefore both surprising and obvious to read that a clothing company has acquired the fitness data of over 100 million people.  In a press release, Chairman and CEO Kevin Plank has stressed the importance of “understanding the evolving needs of our athletes – how they interact, how they consume, and ultimately how they strive to live healthier lifestyles.”  This move will allow Under Armour an unprecedented picture of their customers’ habits.

For Under Armour, harnessing this data effectively could prove to be a significant competitive advantage. The information that users have given to MyFitnessPal is extremely rich – it shows what types of people eat what, how active they are, and how they struggle with the issues they face. The granularity of detail is unlike anything a clothing company would be able to collect on their own. This is not just personal information, this is more than patterns and trends. This is intimate knowledge of an individual’s mind, body, and health.

For users, it’s a more complicated picture. MyFitnessPal is beautifully designed and has already helped millions of people improve their health. Having the resources of a major company can help them reach a larger audience. However, despite agreeing to the terms of service, most of the app’s users probably wouldn’t have even considered the possibility of their data changing hands. The mobile app industry rewards growth over revenue. As a consequence of that, the real value for companies is in their ability to capture and retain the attention and information of their users. What Under Armour really purchased wasn’t the code, it was the community.

The pioneers of the “quantified self” movement have long wrestled with thorny issues of access and ownership. Those questions are only growing in importance as the answers become more complex. The sheer amount of companies seeking to collect health information is astounding; the Apple App Store and Google Play store have more than 100,000 health and fitness apps – it is now the fastest growing category. Apple and Google are set to battle over their own massive health tracking platforms too. And regulators are watching closely.

Like many other developments in technology, it appears that users will need to dive in first before the rules are established. The difference for these early adopters is that this time the data in question is extremely sensitive and revealing. At the same time, the promise is also far greater. Mobile health apps and hardware could hold the key to living better lives, making high-quality care accessible, and even reducing our national debt.

There is the risk that the government will step in too early and quash innovation, but there is a greater risk posed by entrepreneurs and companies that may act recklessly with privacy issues. Unlike social media or search, healthcare has a long history of consumer protections. Under Armour must tread carefully balancing these issues. Having now become the largest digital health and fitness platform in the world, the onus is now on them to behave responsibly so that the ecosystem can go on to achieve its potential.