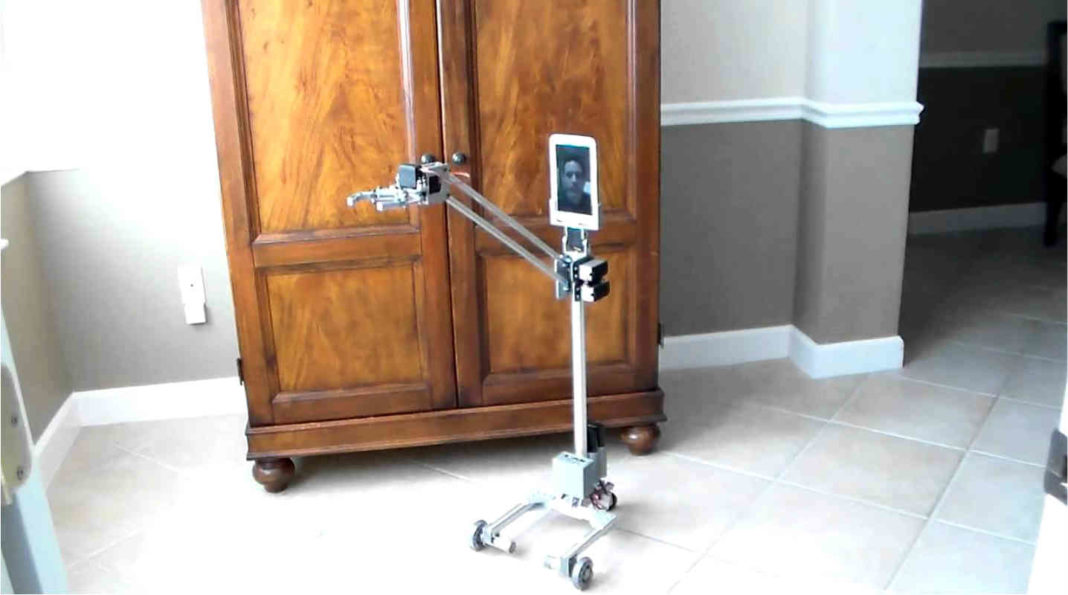 Telepresence robots are awesome, but the experience can be frustrating at times. The reason? They lack arms. Whether you want to examine an object yourself, open a door, or pretend to be the Terminator with a Nerf gun, the lack of even a rudimentary claw can leave you feeling like a half a person, a mind wandering atop a remote control toy.

Launched on Indiegogo three days ago, the ORIGIBOT is an Android-based telerobotic platform that comes with a robotic arm and gripper. With 5 degrees of freedom, the robot allows for all sorts of motion and control using desktop or mobiles devices.

To see some of its moves, check out the video for the crowdfunding campaign:

With more than a month left in the campaign and a third of the way to its goal of $18,000, the Origin Robotics team is hoping that the early bird special of $649 (total) with attract those who always wanted the to remotely steal someone’s pen. 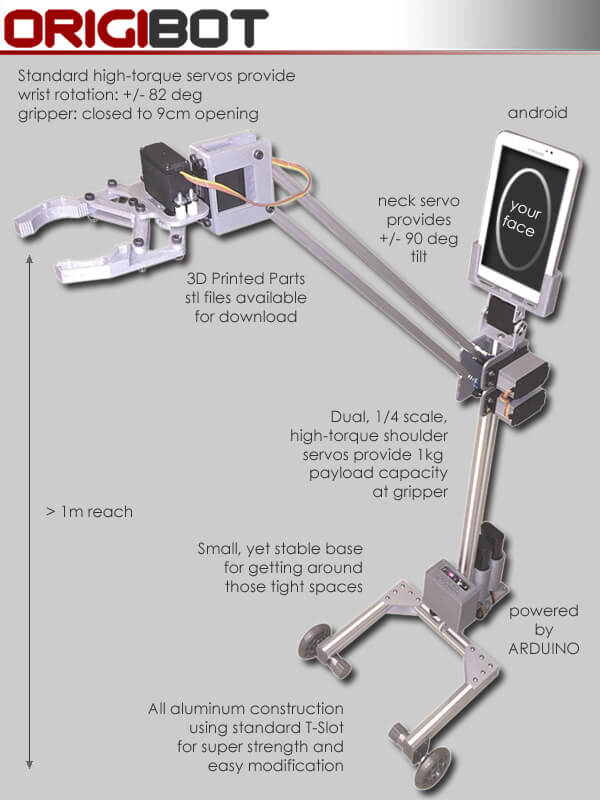