Over the last 30 years, I’ve raised hundreds of millions of dollars for my startups and XPRIZEs.

This is a critical blog for any entrepreneur trying to raise money. As the saying goes, no bucks, no Buck Rogers. Every entrepreneur needs access to cash flow and risk capital to innovate at scale. This blog is about a new and powerful mechanism for getting you the capital you need — “equity-based crowdfunding.”

In my newest book BOLD, I have a whole chapter that teaches you how to run a “reward-based” crowdfunding campaign. It’s a mechanism I’ve personally used to raise $1.5M for Planetary Resources and $950,000 for the Global Learning XPRIZE.

Reward-based crowdfunding is where you “pre-sell” a product or service. 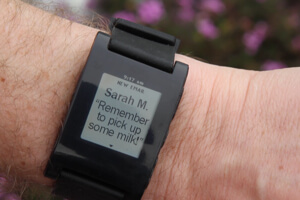 The first major reward crowdfunding success took place in May 2012 when Eric Migicovsky, CEO of Pebble Watch, presold $10.2M worth of his product in 31 days.

This week, Migicovsky launched a new Kickstarter campaign for Pebble TIME and raised $17 million in only 11 days ($7.4 million in the first day!). With 19 days left (as of the writing of this blog) it’s crushing the record.

As powerful as this is, even more important is the ability you now have to sell shares (equity) in your company to the crowd — something called “equity-based crowdfunding.”

I recently had the chance to catch up with Chance Barnett, the CEO and co-founder of the leading equity crowdfunding platform called Crowdfunder. This blog is the detailed “how-to”…

What Is Equity Crowdfunding?

In equity crowdfunding, investors are buying equity from your company (rather than buying your company’s product). Chance Barnett’s company, Crowdfunder.com, is a platform that makes it easy (and legal) for you to do this by creating a profile, uploading your offering documents and adding fundraising information.

Accredited investors perusing Crowdfunder can review the deal flow and invest in the ones they like— typically anywhere between $5,000 to $500,000 (there is no maximum). Before going into more detail on how you can use Crowdfunder, let’s cover the legal landscape surrounding equity-based crowdfunding. 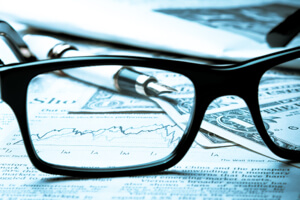 This comes from Title II of the Jobs Act (2012) that allows any company to publicly advertise their fundraising efforts. Title II takes the 80-year-old, highly regulated, private placement deals (~$1.2 trillion dollars/year) from the hush-hush boardrooms into the open public forum (at least for accredited investors).

Since 2012, under Title II, there has been around $400 million invested through equity crowdfunding.

And this is just the beginning…Title III of the Jobs Act, when it passes, would allow non-accredited investors to invest up to $2,500 in any deal they desire, alongside the VC’s. This could unleash many trillions of investment dollars now locked up in personal savings, IRAs, investment accounts that sit around and basically only finance large companies in the public market.

The Opportunity for Entrepreneurs…and the 1 – 2 Punch

If you are an entrepreneur, you should definitely experiment with both reward-based and equity-based crowdfunding as tools. This powerful combination allows you to first validate your idea, and then raise the growth capital to implement it. Allow me to explain…as an example, look at Pono.

The Pono team next came to Crowdfunder to raise equity and allow their community to also become shareholders. Based upon the massive market interest, they then raised $10.2 million in equity funding for Pono music…in 12 days. Now, they are off to the races and looking to disrupt the music device industry.

Consider doing the same…rewards-based crowdfunding, followed by an equity-based campaign that leverages the first campaign’s momentum.

How to Get Involved?

I am not a shareholder in Crowdfunder. I am just a fan and an advocate of equity crowdfunding.

Crowdfunder has seen over 22,000 companies sign up on the platform. They’ve closed 50 deals in the last 13 months, with an average deal size of $1.8 million. They have a network of over 10,000 institutional and individual accredited investors who are averaging $15,000 investments.

If you are an entrepreneur or investor, I highly recommend you check it out.

My Syndicate and My First Deals: Experfy and SU Labs

One cool feature on Crowdfunder is the ability to follow what deals I’m investing in, and co-invest alongside me — essentially for me to create a “Syndicate.”

I am seeing amazing deal flow these days. If you’d like to join my Syndicate — to follow the companies I’m personally advising/investing in, click here. The first deal I am backing on the platform is an exciting machine learning and data mining platform called Experfy. Check it out.

At Singularity University, we’ve also launched a Crowdfunder campaign to raise capital for our SU Labs Accelerator Seed Fund. This fund will invest exclusively into companies that make it into the SU Labs Startup Accelerator — these are companies that leverage exponential technologies, solve for a global grand challenge, and positively impact one billion people in ten years.

The fund will invest in about 25 startups at $100,000 in the form of a convertible note. Find out more here.

I was recently asked on NPR: “Isn’t it the case that all the money is being concentrated in the hands of Mark Zuckerberg, Elon Musk, Larry Page, and other billionaires? Don’t you need to know a billionaire to actually get funding for your big ideas?”

The answer is: No!

Right now, more than ever before, capital is abundant. Experiment! Go big! Be bold!

If you want to join me in my mission to create a world of abundance, grab a copy of my new book BOLD. Have you purchased a copy of BOLD? I’d love it if you could share a review here.