The Founding Fathers of the United States considered intellectual property so important that they gave it a special place in the Constitution: “To promote the progress of science and useful arts, by securing for limited times to authors and inventors the exclusive right to their respective writings and discoveries.”

The framers of the US Constitution were not wrong. Patents did serve an important purpose during the days when technology advances happened over decades or centuries. In today’s era of exponentially advancing technologies, however, patents have become the greatest inhibitor to innovation and are holding the United States back. The only way of staying ahead is to out-innovate a competitor; speed to market and constant reinvention are critical. Patents do the reverse; they create disincentives to innovate and slow down innovators by allowing technology laggards and extortionists to sue them. 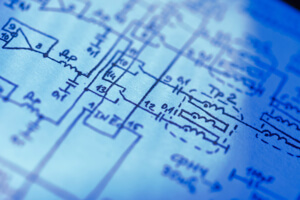 A new paper, Does Patent Licensing Mean Innovation, by Robin Feldman, of the University of California-Hastings Law School, and my colleague Mark Lemley, of Stanford Law School, dispels what doubt there may have been about the innovation value of patents. They analyzed the experience of real companies to see how often patent licenses actually spur innovation or technology transfer when patent holders assert their patents against companies. They found that almost no new innovation resulted. When patents were licensed, regardless of whether they were licensed from companies, patent trolls, or universities, they were practically worthless in enabling innovation.

The study underscores the need to broaden the focus of patent-reform efforts.

Instead of looking at licensing revenue and patent filings, as most academic research papers do, Feldman and Lemley did something unusual: they surveyed 188 technology-development companies in 11 different industry sectors, including computers and electronics, semiconductors, pharmaceuticals, medical devices, biotechnology, communications and energy. They asked detailed questions about patent licensing, lawsuits and how often patent licenses spur innovation or technology transfer. In other words, the value provided by technology that was licensed.

They learned that when patent holders approached companies to demand they obtain a license, even if the companies agreed to do this, it rarely led to any new products or other markers of innovation (including transfers of technology or of personnel and joint ventures). Most companies simply paid for the freedom to keep doing what they were already doing with technology that they had independently developed.

Non-practicing entities (NPEs) are companies that buy patents in order to obtain licensing fees from others. They have become notorious for being like a modern-day mafia that extorts fees from innovators. The commonly offered justification for NPEs is that they serve as efficient middlemen by bringing new technology from inventors to those who can implement it. Not surprisingly, Feldman and Lemley confirmed that they don’t do that. The technologies that they license — in the instances that they are able to extort licensing fees from companies — are almost never used in any new or existing products.

If NPEs do not operate as efficient middlemen, perhaps they are serving the social good by transferring money to small inventors whose ideas have been appropriated, the authors hypothesized: the patent holder has properly contributed to innovation by publishing its ideas in the form of a patent, and the product company has simply taken the idea from the patent’s disclosure. The NPE, therefore, would be operating as a tax collector to facilitate the transfer of an appropriate payment to the person who gave the idea to the world. 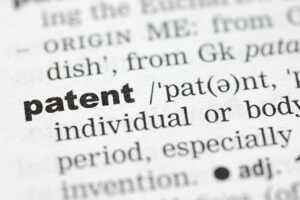 Feldman and Lemley found that this hypothesis didn’t hold up. First, much NPE activity occurs in fast-moving technologies such as computers and telecommunications, in which the patent is often on a technology that bears little resemblance to the defendant’s product. In these circumstances, the NPE asserts that the patent covers any means of solving a problem, even if the defendant’s implementation looks nothing like the patentee’s original idea. The distance between the patent disclosures in these cases and the accused product makes it unlikely that the company making the product learned the idea from the patent’s disclosure.

According to the authors, the paying-the-true-inventor hypothesis also assumes a level of quality in patents and adequacy of patent disclosure that is generally not attributed to the modern patent system by scholars and commentators.  Engineers in the IT industry, for instance, rarely read patents to try to learn new technologies. Most important, prior evidence suggests that virtually no patent suits outside the life sciences industries are filed against people accused of copying the technology.  Almost always, patent owners are suing other innovators who independently developed their own technology.

It isn’t just the NPEs that are a problem. The results were the same when the licensing requests or lawsuits came from product-producing companies and universities; patent licensing rarely led to new products or technology transfer. It was the same for computer and electronics companies as for life-science companies: the research shows that licensing in response to patent demands is not serving much of an innovation-promotion function at all, no matter what type of party initiates the licensing demand. It casts significant doubt on a common justification for a large slice of patent activity.

Even though the study did not examine the licensing that occurs when a company itself initiates the approach to a patent holder or the substantial cross-licensing activity taking place between competitors, the net effect is likely to be the same.

Patents simply have no role in the era of exponential technologies. We don’t need toll roads for innovation, we need faster highways.