The world is urbanizing—and fast. Why are cities so popular?

They’re where the opportunities are. In 2014, the world’s 300 largest cities accounted for 20 percent of the world’s population and nearly half of global output. It is estimated that growing cities could bring nearly $30 trillion a year into the global economy by 2025.

As we rapidly urbanize—and 70 percent of urban growth takes place in emerging economies—understanding cities becomes critical. How can we, for example, improve livability and resource management? Manage disease and sanitation?

India’s urban growth is case in point. The country’s current population stands at nearly 1.25 billion with UN estimates adding almost 400 million more by 2050. India’s urban population (31 percent of the whole) contributes over 60 percent of the country’s GDP. That number is projected to grow to nearly 75 percent by 2030. Additionally, it’s estimated that the labor force will grow to 270 million workers, with 70 percent of that growth concentrated in urban centers. 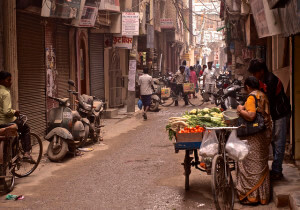 The numbers are staggering in every measure. Simply put, cities need to get smarter, exponential technologies can help, and India’s government is already on it.

Ayesha Khanna of The Future Cities Group at London School of Economics, shares that “a Smart City provides a generative platform where people use technology and infrastructure to build things, products and services. Fundamentally, it’s a platform that gives individuals social mobility, which is one of the key reasons why people move to cities.”

As a step in the right direction, this year’s Global Impact Competition (GIC) in India, organized by Singularity University and Ashoka University and sponsored by the Dalmia Bharat group, focuses on creating Smart Cities. The competition called for an idea that upgrades existing or emerging cities in India to create scalable Smart Cities that remain relevant over time.

On the impact of exponential technologies on Smart Cities, Khanna further comments that while there is rapid advancement in fields such as biotech, nanotech, and robotics, most of the world’s cities are not equipped to handle them readily. She suggests that the best step a government can take is to create an ecosystem where individuals can take these technologies and innovate upon them. Investments in innovation hubs, high connectivity, and new ecosystems make a Smart City attractive for human and financial capital.

The citizen connection and how technologies are shaping Smart Cities

In India, by 2018, internet users are expected to double to 526 million and the total networked devices will swell to 1.8 billion. Connectivity without borders will impact local environments affecting city infrastructure and management of data.

At the level of individuals, internet and mobile connectivity are changing the urban landscape. Increasing use of social media is enabling new business models and greatly influencing urban culture and consumption. 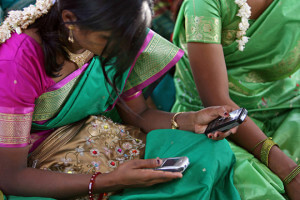 Other global trends that are catching on fast in India are the emergence of peer-to-peer connections via the sharing economy and access to new sources of capital for individuals via crowdfunding. This rapid pace of connectivity and movement of people at all levels is making urban planning a more dynamic process.

Given the many variables and shifts stated above, a Smart City will eventually become a live environment where the city-citizen, the urban corridor, is one gigantic AI platform of connected networks and nodes, capturing and transmitting real time activities while analyzing the information via machine intelligence to ultimately enable its citizens to thrive optimally.

Already, an estimated 125 Smart City projects around the world are in progress. In India’s case, an effective path forward involves learning from global Smart City models but approaching its own urban ‘smart’ development in a more customizable route. India should take into account the number of significant problems it struggles with – crowded, complex, leadership structures, land valuation issues, infrastructure, waste disposal, food distribution, and more.

Currently, the general framework for Smart City development incorporates various tools addressing both the government and citizens. Web 2.0 and social, which better enable trackable interactions of citizens, as well as advanced analytics combined with open access to public data could provide better services for all. Digitally controlled devices allow universal access to information and decision-making, creating seamless machine-machine and human-machine connectivity and communication via the Internet of Things.

Collaboration platforms and cloud computing could be truly revolutionary by leveraging independent geospatial systems to optimize network capacities and an open standards ecosystem.

Furthermore, as exponential technologies, such as robotics, 3D printing, artificial intelligence and biotech, continue to rapidly advance, they could have profound implications on the overall quality of life where true augmentation of self and systems will be a reality in the not too distant future.

In the long term, exponential technologies will dramatically enhance and augment areas such as transportation, connectivity, healthcare, housing, energy, and education. Entrepreneurs and governments are already exploring drones as transportation vehicles into hard to reach areas, especially for rescue missions as demonstrated by Matternet. Solar is fast becoming the renewable energy of choice and will become the de facto source, and peer-to-peer learning connected via technology will transform universal education.

India is positioning for the future

The timing could not be better for India to leverage these technologies and global models. Foreign governments, investors, and technocrats can all have a place at the table as opportunities are opened up to form new public-private partnerships.

The 100 Smart Cities initiative has taken some traction with a memorandum of understanding already signed to push forward. The centerpiece of this government’s urban agenda aims to help rapidly developing satellite cities and major urban centers become the magnets of foreign investment and jobs. The US, Spain, Singapore, France, Germany, and Japan have come forth with formal and informal commitments to support the government’s master plan development.

What can be done next? An opportunity to impact the very livability of a billion-plus environment should be incentive enough for stakeholders, whether entrepreneurs, policy makers, corporate investors, or passionate students. Making cities ‘smarter’ is no longer just a bold endeavor but necessary. Solving grand challenges requires a focus on experimenting with ideas, models, and technologies that can adapt with time.

The Global Impact Competition (GIC) on Smart Cities is surely the right example of how partnerships across borders and sectors in conjunction with the government’s initiative can ignite individuals and their ideas towards solutions. Exponential technologies with the power to disrupt existing infrastructure could only amplify the impact.