The American industrialist Henry Ford, regarding diminishing customer surveys on early cars, once famously quipped, “If I had asked people what they wanted, they would have said faster horses.” What’s less widely known is that Ford was one of the first employers in the world to implement a five-day workweek in factories beginning in 1926.

Close to a century later, we’ve observed innovation in automobile technology, especially in recent years with self-driving cars, but the way we work has not changed to nearly the same extent. We don’t even have the equivalent to “faster horses” in the way we work. Many employees still follow the same pattern of working 9-to-5, Monday through Friday, at the employer’s location. That is, until very recently.

Today’s workers, especially among my generation, the Millennials, are questioning whether work must be this way. With Millennials making up 75 percent of the global workforce by 2025, isn’t it time to start looking into the aspirations behind the skepticism regarding the work formula? 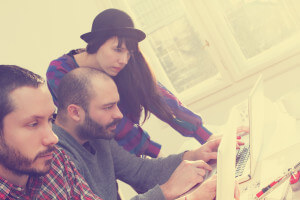 Recently, a human resource executive mentioned that she doesn’t believe in short term and contractual employment because she as an employer would not want individuals to work independently.

It was reminiscent of a statement made a few years ago by the co-president of HBO, Eric Kessler, who said that the move away from traditional television programming to an internet-based model was just a fad, a “temporary phenomenon” tied to the down economy, that would eventually pass. After all, what was on the TV in the living room for decades was dictated by programming departments.

Today, television has been redefined to any screen in any location with content that the viewer selects (and incidentally, a new HBO service to launch in April will allow viewing anywhere, anytime without a cable subscription).

Are we on the cusp of a similar massive shift in the workplace?

After all, people want to work on what they want wherever and whenever they want. In a recent post on flex schedules, Alexandra Levit speculated that, “By around 2030, the Millennial majority will likely have done away with the 9-to-5 workday entirely.”

Some signs indicate that we’re already moving in that direction.

According to the Freelancers Union, there are an estimated 53 million Americans freelancing, which is 34 percent of the total workforce. This number is expected to balloon to 50 percent by 2020. A changing workforce consisting of more entrepreneurs (solopreneurs) than ever before means adjusting to working independently, being risk averse, and results driven.

Recently, an editorial in The Economist stated, “The idea that having a good job means being an employee of a particular company is a legacy of a period that stretched from about 1880 to 1980.”

That said, if employers can put aside a requirement that the workforce primarily consists of full-time employees, highly motivated and results-driven solopreneurs await. These are workers that don’t need to be kept on the payroll, but who are equally interested in helping the business succeed to secure more work. This in turn creates more value compared to the present day-job model, where people are often rewarded for merely being present in the office without clear performance-oriented incentives.

The Millennial generation is convinced that success depends solely on their efforts, and therefore they’re not afraid to experiment and even fail. 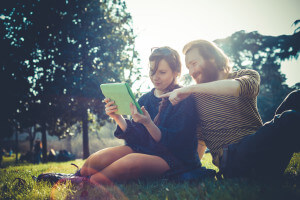 This fearless reasoning resonates with the lines of the famous British comedy, Monty Python: “You know, you come from nothing, you’re going back to nothing. What have you lost? Nothing!”

What it actually means is that Millennials would choose chasing their dreams over buying a house. That is why they are eager to learn, work with great companies and teams, and help great leaders to succeed. For them, work is not a cozy place to spend time until they get old, but a list of experiences and tasks they want to complete on the journey to their own next big thing.

Millennials are also the first generation experiencing the full benefit of social networks and global connections in our daily lives. Social circles have expanded across the world, which has also triggered the confidence that anyone can make it anywhere if a commitment is made to excel at something.

Together, these two factors compel this generation to build a new set of rules about independent work instead of following what has been done for the past century.

Some of the philosophies guiding Millennials in their career choices today include:

We’re entering an era where smart creatives will dictate the way work is done. The 9-to-5, highly supervised framework set a hundred years ago for factory workers will cease to exist as people are more competent to lead the processes themselves (most of the jobs that required strict supervision are now being done by machines).

Individuals will take on more responsibility for their own personal development and focus on constantly improving their specific skill sets to excel in competitive environments with other solopreneurs around the world. With the globalisation of the skills and increasing ease of travel, more people will be working internationally combining their dreams of traveling with a fulfilling career.

As Henry Ford refused to merely give people faster horses, the new way of work won’t be driven by employers, but by the talents of individuals who will lead the way into innovation. Even though employers may want to maintain the old ways, these changes will lead to better businesses and ultimately more productive societies.

Karoli Hindriks is the founder of Jobbatical, a marketplace for international career adventures. She founded her first company at the age of sixteen, officially becoming the youngest inventor in Estonia. She has twice been a nominee for the Europe’s Young Entrepreneur award. Karoli is also a GSP12 alumnus of Singularity University.

What is Jobbatical? Learn more below: