The above video is from Ray Kurzweil’s Fireside Part 7 from Singularity University on Vimeo. 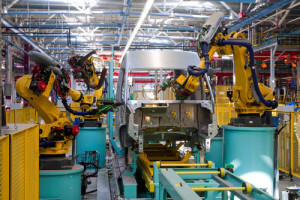 As technology progresses, indications are that “putting people back to work” will become less feasible. Economists Erik Brynjolfsson and Andrew McAfee have charted what they refer to as “the great decoupling.” They have found that productivity, or output per hour of work, has quadrupled since 1947 in the United States while employment has not risen at nearly the same rate. What this means is that many companies are producing more goods and services without having to employ more people.

Other research suggests in the next 15 to 20 years, 45 percent of all existing employment will become automated. Even more startling, there’s little to suggest new jobs will be created at the pace necessary to compensate for this loss.

To date, a lot people had only two options for work: income and dissatisfaction, or no income and freedom. Neither of these are particularly appealing.

During a fireside chat as part of an Executive Program at Singularity University last November, Ray Kurzweil pointed out that with the advances in technology so far, “more people can do what they have a passion for,” as opposed to being locked into jobs that do not interest them or fully employ all of their potential.

Kurzweil himself is an example of this: “I have no intention of retiring anytime soon,” he says. “Or another way of looking at it: I actually did retire when I was five, and decided to do what I wanted to do.”

Automation can also provide part of the solution to the problem of income as well. As Kurzweil says, “I’m actually not worried about it because it’s going to ultimately be very easy and require a very small fraction of our output to support all the material needs of the human race.” This would require a lot less capital to achieve a high standard of living.

This innovation isn’t restricted to the tech world either. As technology has replaced jobs requiring repetitive labor , we’ve seen an explosion in the diversity of creative output in the world.

Automation certainly won’t mean the death of human work. In the best of all possible worlds, it will mean an end to work that is unfulfilling. For some that would mean time spent creating and inventing, for others that might mean a lot of time spent playing with all those new creations and inventions, which is kind of the point. 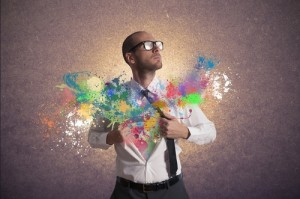 Karl Marx described his ideal society as one “where nobody has one exclusive sphere of activity but each can become accomplished in any branch he wished… to do one thing today and another tomorrow, to hunt in the morning, fish in the afternoon, rear cattle in the evening, criticize after dinner… without ever becoming hunter, fisherman, shepherd, or critic.”

Additionally, technology will only accelerate our capacity to pursue diverse of interests. The Internet has already democratized information, allowing many to become experts in fields in which they have no formal education or training. The future of technology may allow for each of us to become masters in many fields, expanding the abilities of our bodies and our minds.