The Bitcoin saga is worthy of Homer. Heroes, priests, and prophesies. From humble origins on the fringes, the cryptocurrency has reached stratospheric highs and been knocked down a peg for its hubris.

But there’s another connection to Homer. To the lay person, the technology behind Bitcoin, known as blockchain, may as well be in ancient Greek. Say blockchain and prepare for eyes to glaze over. 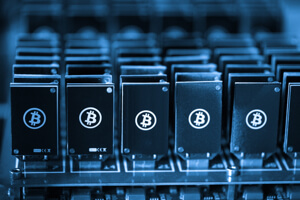 That’s significant because while Bitcoin is intriguing—it’s only the most visible portion of a much bigger story.

Part of the challenge is in the language. Unlike Bitcoin, which sounds like money, blockchain doesn’t evoke visions of, well, pretty much anything at all.

So, what’s a good way to understand blockchain?

Technically, blockchain is a database of mathematically encrypted transactions. These may be transactions in Bitcoin, but they don’t have to be. They could be in another cryptocurrency or even another kind of asset. A distributed network of computers running specialized software, and often paid in cryptocurrency, automatically verifies these transactions.

But there’s another, less technical way to think about blockchain.

It isn’t a new way to describe blockchain technology, but it is a very powerful one.

A ledger is a book or file that records transactions—a dynamic list of assets and income. And it is an old technology. Ledgers from Mesopotamia offer some of the earliest examples of writing. Written ledgers were a technological solution to the fast-growing complexity of ancient economies and trade.

At a certain point, our limited brains and memories just couldn’t keep up.

Now, as modern economies reach nearly unfathomable levels of complexity—we may require another technological leap. And that’s where blockchain and distributed (digital) ledgers enter the story.

Masters says the biggest challenge modern financial organizations face is keeping their ledgers tidy. They are tasked with “processing, recording, reporting, reconciling, and auditing” a daily flood of transactions. 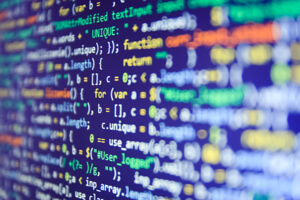 The apparatus charged with reconciliation, meanwhile, is centralized, breachable, and unencrypted. Keeping all those balls in the air is costly, inefficient, risky, and slow. Trades made today, may not be received for up to a week.

How does a distributed digital ledger like blockchain aim to solve these problems? Masters laid out the potential and versatility of blockchain technology like this:

It isn’t just money: “Economic transactions on a digital ledger can be programmed to record virtually anything of value—your identity, a will, a deed, a title, a license, intellectual property, an invention—but also any type of financial instrument.”

It isn’t just ownership: “It’s possible to record the actual business logic that has been agreed to between the parties of the financial transaction. This means the things that they have agreed to do for each other, their respected liabilities or responsibilities. So, it’s more than just the facts of ownership.”

It is decentralized and automated: “This ledger represents an incorruptible truth that can be accessed because of the fact of the mass collaboration of different computers that are incentivized, often by the creation of cryptocurrencies like Bitcoin, to keep that information validated, verified, and safe.”


&nbsp
Blockchain may provide the basis for a new kind of ledger able to scale with economic complexity instead of being overwhelmed by it. You have increasing security, automation, and accuracy at lower risk and cost.

And it’s faster. Much faster. “Once you’ve digitized a financial asset you can transfer its title on that distributed ledger at what is effectively real time—at digital speed,” says Masters.

The implications of blockchain and distributed ledgers are enormous. Perhaps a market measured in trillions of dollars. Still, Masters cautions against the hype. The world, she says, is a long way away from economies tabulated on blockchain-enabled disributed ledgers. We need to determine whether they can withstand a concerted attack, can handle transactions on a truly global scale, and can maintain privacy.

Also, Masters believes blockchain may be disruptive, but equally, it may prove incredibly empowering for existing organizations that embrace it. “How seriously should you take this?” Masters asked. “About as seriously as you should have taken the concept of the Internet in the early 1990s. It’s a big deal.”