Ric Edelman is one the top financial advisors in the US. His firm, Edelman Financial Services, has 41 offices across the country. And he thinks, all things constant, most financial advisors as we’ve known them won’t be around much longer. 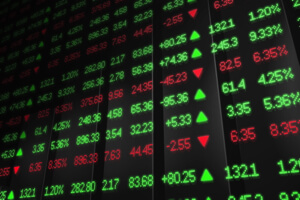 At Exponential Finance, Edelman said, “I firmly believe that in the next ten years, half of all the financial advisors in this country will be gone.”

Edelman spoke on a panel with fellow advisor, Bill Bachrach, chairman and CEO of Bachrach & Associates.

Technology, they said, doesn’t spell the end of financial advisors, but it does mean they’ll need to adapt significantly if they’re to survive. Not unlike other industries, like medical diagnostics, for example, artificial intelligence may soon perform many of the technical skills of financial advice better than their human counterparts.

This shift will place greater emphasis on human abilities.

That is, the technology can’t yet fit all of the many disparate financial pieces together into a comprehensive financial plan—debt, taxes, college planning, buying cars and houses, planning for weddings, and so forth. And AI won’t soon replace the uniquely human relationships clients seek from the best advisors.

“We are therapists, counselors, marriage consultants, and psychologists as much as we are financial planners,” Edelman said. He thinks those embracing new technologies and also a broader definition of financial services will find success. And there is precedent for such adaptation.

Bachrach noted Charles Schwab disrupted the industry back in 80s, putting many traditional stock brokers out of business. But they reinvented themselves as wealth planners. And of course, there has been continuous adoption of new technology.

“We’ve been doing this for decades with simple things like financial planning software,” Bachrach said. “You don’t see financial planners and financial advisors using a slide rule or a calculator and a number two pencil and a yellow pad.”

Edelman has even launched his own “robo-advisor” for clients who want it. And for those who need the personal touch, his human advisors are still a phone call away.

Even so, the effect of technology on financial services isn’t merely on the operational side of things. Bachrach and Edelman said one of the greatest challenges they face is convincing their clients that instead of planning to live to 95—which is as far as financial planning software goes at the moment—they should plan to live longer. Perhaps much longer.

“We’re fully cognizant that the first person to reach age 150 has already been born,” Edelman said. “Chances are, if you make it another 30 years, you’ll make it another 100, thanks to the development of exponential technologies in so many fields that we’re studying here in this conference.” 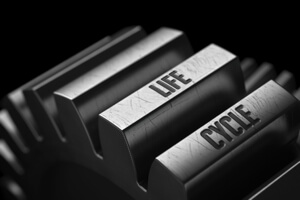 But how do you have that conversation without losing a client who now thinks you’ve lost your wits? That’s the tough part. But for those planning for greater-than-expected longevity, Edelman has a new model he thinks many of us will adopt.

Instead of the traditional linear progression—birth, school, job, retirement, death—our lives will become more cyclical. That is, we’ll go to school, get our first job, work for awhile, take a five- or ten-year break, and then go back to school to reinvent ourselves and start our next career cycle. Rinse and repeat.

None of this, of course, has yet come to pass. But if financial advisors do one thing, it’s plan for the future. And whatever that future is, Edelman and Bachrach agree: In the coming years, the most successful advisors will pair up with these emerging technologies and anticipate unexpected tech-driven trends.

“We have to adapt the technology rather than fear it,” Edelman said.