Jeremy Howard opened his machine learning talk at Exponential Medicine by noting he would be presenting from his laptop. Something epic had just happened, and he had to include it. “My previously created talk was slightly out of date by the time I got on the plane,” Howard said. “So, we’re going to do it a little bit on the fly.”

What had him so excited?

“Google is five to seven years ahead of the rest of the world,” Chris Nicholson, who runs a deep learning startup called Skymind told Wired. “If they open source their tools, this can make everybody else better at machine learning.”

That’s a big deal because the field is already moving incredibly fast.

Howard noted that long-imagined capabilities like real-time translation and computer-generated art didn’t exist just a few years ago. Even Google’s auto-reply emails (recently announced) were an April Fool’s joke back in 2011.

Computers are now capable of all of these things and more.

“So, something amazing has happened that’s caused an April Fool’s joke from just four years ago to be something that’s actually a real technology today,” Howard said.

That something in a broad sense is machine learning—where algorithms learn by example instead of being programmed by hand. From Google search to Amazon’s recommendation engine, machine learning is everywhere. In medicine, machine learning has been used to analyze CT scans of lungs and help identify hundreds of new features that doctors can use to better diagnose and estimate a prognosis for cancers.

But these are all based on an older, more hands-on version of machine learning. The latest advance is called deep learning, and it’s even more powerful and independent.

Image recognition is probably one of the most lauded examples of how quickly deep learning is moving. In 2010, the error rate in the world’s top image recognition competition was over six times greater (28.2%) than it is today. Earlier this year, Google and Microsoft announced their deep learning algorithms were better-than-human at the task, boasting error rates of just 4.8% and 4.94% respectively.

But Howard’s own story is perhaps even more revealing of the fast pace. When he presented at Exponential Medicine last year, he said, practical uses for deep learning were just beginning to make their way into the world and medicine specifically.

“Since I was here last year, all those exponentials happened,” Howard said. “We now have Google auto-reply. We now have Skype automatic translate. We now have automatic art generators. And furthermore, I said last year I was going to see if we could use it in medicine to improve the accuracy and efficiency of medical diagnostics.”

“And we’ve done that too. We’ve built a company called Enlitic.” 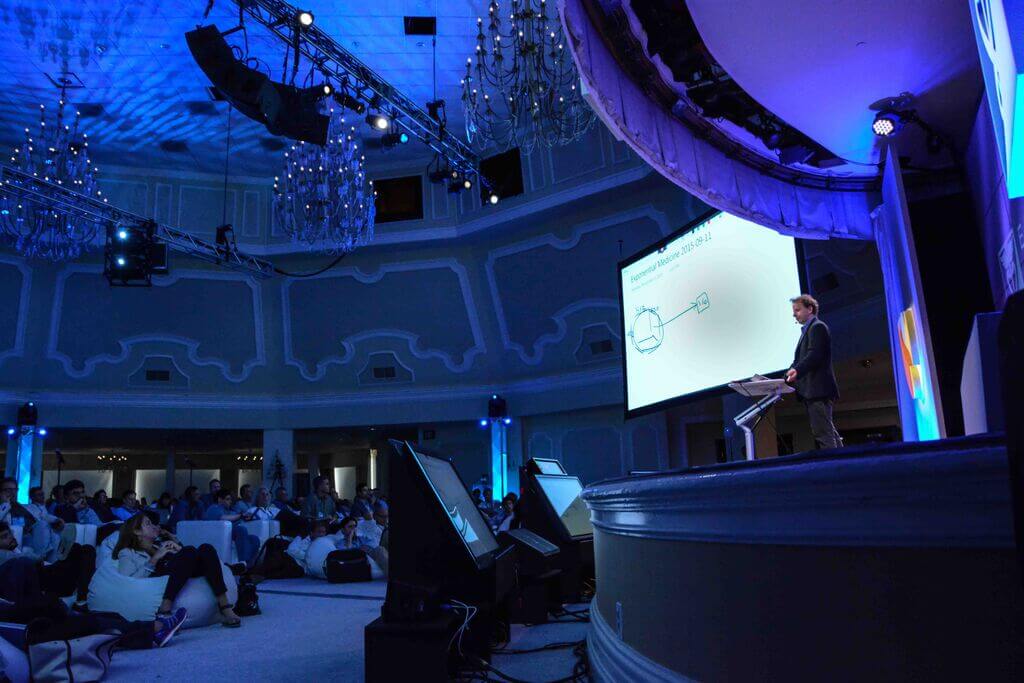 Last year, Howard’s Enlitic was embryonic. Their algorithm had figured out how to recognize dogs and different types of galaxies. Cool, but not the end goal.

Ultimately, Howard thinks using deep learning in medicine can be hugely impactful—not just in the US, but in the rest of the world too—by providing modern medical diagnostics to the four billion people in the world that don’t have easy access to doctors.

It’s a big gap. According to the World Economic Forum, Howard said, at the present pace (varying a bit between countries), it would take some 300 years to train enough medical experts to meet the needs of the developing world.

So, what was Enlitic able to achieve in the last year?

“Well, we built it,” Howard said. “We started with a million patients’ worth of medical records, and we built a deep neural network of the human body.”

So far, Enlitic’s deep learning system is good. Really good. Howard said they intend to release their results in peer reviewed journals, but here’s a glimpse behind the scenes.

They fed their algorithm lung CT scans to diagnose potentially cancerous growths and compared the results to a panel of four of the world’s top human radiologists.

“So, it works for early detection of cancer,” Howard said. “If you detect cancer early, your probability of survival is 10 times higher.”

In addition to diagnosing malignancy, Enlitic also gives a trail of crumbs—showing radiologists examples of similar patients and what happened to them—to help the doctors understand its estimate. And Howard said they’ve also used it to help doctors analyze x-ray images 4,000 pixels wide to spot bone fractures just a few pixels across.

“Previously this was something that just didn’t clinically work,” Howard said. “You couldn’t do this before the age of modern deep learning.”

Enlitic has raised $15 million and is working with Capital Radiology, a fast-growing Australian radiology company, to roll out the Enlitic software across their network. Down the road a bit, they hope to expand into Asia as well.

Deep learning is moving fast and will have broad impact. But Howard goes further. He likens the technology to the internet in the 90s, and that’s why he felt so compelled to update his talk. Although some people are already working on the tech, many more aren’t there yet. TensorFlow may open the floodgates, may make deep learning go even faster.

“This might turn out to be as significant as the release of the programming language C back in 60s or 70s,” Howard said. “This is the first time something has been released that brings this new way of working with computers out to the world.”