We often think of addiction as a moral dilemma — a sort of spiritual calamity that one needs to rebuild their entire lives around to conquer.

But what if that’s not the case? What if addiction is just a faulty brain state — a series of misconnected electrical circuits that can be shocked back into normality?

What if treating addiction is as simple as waving a figure-8-shaped magnetic wand above an addict’s head?

It’s not that crazy of an idea.

Although drug addiction is often thought of as a moral downfall, modern neuroscience sees it more as a biological phenomenon, a sort of “learning gone wrong.” 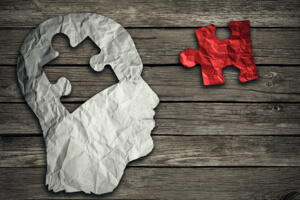 A drug high is essentially just a chemical handshake, one of the billions that happen between our neurons every day. Our brain has an innate ability to produce euphoria: pleasantly surprising things — good food, a lover’s kiss, lottery wins — activates a part of the brain called the limbic system, prompting it to release dopamine. When dopamine locks into its receptors, neurons in the limbic circuit activate in succession like a waterfall. The end result? We experience a warm, fuzzy feeling that we call happiness.

This is essential for everyday life: euphoria serves as a learning signal, telling us “yes, this is exactly what I want, what I crave, what makes me good.”

Drugs are insidious in that they hijack the very circuit that allows us to survive as a species. Cocaine, for example, prolongs the dopamine response, sending the brain into a mind-bending euphoric rush — one that’s multitudes larger than anything we can ever experience with natural stimulation. The rush, unattainable elsewhere, is what keeps some people going back for more.

With repeated use, drugs stimulate these circuits again and again until their synapses change at the molecular level — learning turns into habit, habit morphs into addiction — thus etching drug lust physically into the brain.

From brain shock to brain buzz

If addiction is purely physiological, couldn’t we somehow reset the wiring to its default state?

It sounds simple, but so far pharmaceutical treatments haven’t been able to help. Although some drugs are showing promise as “vaccines” — in that they block feelings of euphoria after drug ingestion — they don’t necessarily reduce cravings. Perhaps unsurprisingly, relapse rates are sky high.

To truly treat addiction, we would have to break the feeling of desire.

Since the 1960s, psychiatrists have turned to an alternative — if fringe — therapy: electroconvulsive therapy (ECT). Usually performed under general anesthesia, ECT zaps certain brain areas with a small electrical current, triggering a transient seizure that, in some cases, temporarily “resets” faulty brain circuits to a normal state.

Used correctly, ECT is safe. Yet the idea of repeatedly induced seizures, no matter how safe, can sound freaky enough to scare people away. The hefty price tag associated with being put under anesthesia also deters addicts from seeking it as a viable treatment option.

An alternative approach, born in the 1980s, is to use magnets. Transcranial magnetic stimulation, or TMS, generates magnetic fields that interact with the brain’s own electrical fields. Depending on the type of stimulation, TMS can either boost or decrease brain activity in specific regions.

Since its approval by the FDA for depression in 2008, TMS has grown extremely popular in recent years for treating disorders hallmarked by disrupted brain networks.

A typical TMS session looks like this: the patient sits in a chair, fully aware and alert, while a robotic arm waves a figure-8 shaped magnetic wand over a certain part of the brain. The patient might feel a bit of tingling, but there’s no pain, no general discomfort, nor any sort of learning that happens at the conscious level. In fact, TMS is so non-invasive that some patients may not even be able to discriminate whether the wand is “on.”

It may sound like a joke, but the recent results from a human trial are nothing to laugh at: compared to a pharmaceutical cocktail aimed at reducing cocaine withdrawal syndrome, eight sessions of TMS significantly reduced relapse and craving for the three months after the last treatment session.

Three months may not sound like much, but considering that the average time for cocaine addicts to relapse is 7.6 weeks, a three-month time scale is pretty admirable.

Until now, we have nothing to help treat cocaine addicts besides cognitive therapy and psychological support, says Dr. , director of the intramural research program at the National Institute of Drug Abuse and one of the authors of the study.

This could be a game changer.

The trial, conducted at a clinic in Padua, Italy, is built upon previous animal studies that teased out a key brain region to target for treatment.

Earlier this year, Bonci and colleagues discovered that a subset of cocaine-addicted rats compulsively sought out the drug even when their feet were repeatedly shocked with electricity, suggesting that they had a stronger addiction profile. Looking at the rats’ brain activity, the team found these “highly addicted” rats had less activation in their prelimbic cortex, a brain region known to assert strong inhibitory control on behaviors.

When the team stimulated this region with optogenetics, however, the previously compulsive rats suddenly lost interest in the drug.

This lays the foundation of our human study, said Bonci. The prelimbic area acts like a brake; when we turned off the stimulation, restoring the prelimbic back to a drug-induced hypoactive state, the rats’ compulsive seeking of cocaine returned. 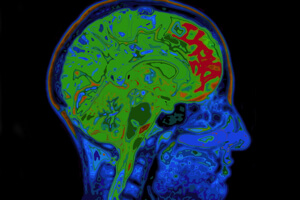 The human equivalent of the prelimbic is the prefrontal cortex, which Bonci and colleagues targeted in their TMS study. To objectively monitor cocaine intake, the team took urine samples throughout the study and monitored the presence of a battery of drugs, including THC (active component of marijuana), morphine, methadone, speed and meth.

In 11 out of 16 patients, TMS prevented relapse and cocaine cravings. In contrast, in the control group, only 3 out of 16 volunteers remained sober. Magnetic stimulation also reduced feelings of depression that often accompany cocaine withdrawal, and other than THC, the volunteers did not turn to other drugs to get their fix.

When we looked at what TMS was doing using brain scans, we could see that the effects of the stimulation rippled outward, “like water pouring over an umbrella,” said Bonci. This suggests that it’s a network effect; it creates a beautiful, widespread effect that most likely contributes to decreasing the desire for cocaine, he said.

Without a doubt, this is a very preliminary study. It’s open-labeled, in that both patients and doctors knew who was getting what treatment. It also had a very small (and completely Caucasian) sample size.

It’s a logical extension of TMS into human use, and a first in addiction, said Dr. Robert Malenka, an addiction specialist at Stanford University.

It also tantalizingly suggests that TMS may help with other kinds of drug addiction, since most drugs of abuse work on the same brain circuits.

Borci is already hard at work planning a larger, double-blind study. According to MIT Technology Review, so far he has already recruited three centers to participate, including the TMS center at the Northwestern University in Chicago.

This study is just the very first step toward opening a neurobiological treatment for cocaine addiction, said Bonci.