It’s no longer a radical question.

The aging literature is replete with treatments that could prolong lifespan by 20-40%, at least in lab animals. Interventions such as caloric restriction, rapamycin and metformin have been studied for decades for their anti-aging capacity. Although there is still some discrepancy in their effectiveness in primates, the biomedical community agrees that they’re promising.

With the FDA now recognizing aging as a disease and greenlighting the first anti-aging clinical trial, humans seem to be on the fast track towards a Methuselah-like existence. 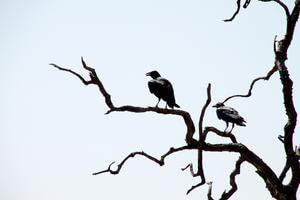 But maybe it’s time to pause and think. Are extended lifespans good for society and humankind as a whole? Or is the pursuit of immortality merely a narcissistic fantasy that’s sucking away scientific resources from other pressing issues?

Should we embrace our end, or should we cure aging? Are human lifespans long enough as is?

This was the central motion of a provocative debate recently hosted by Intelligence Squared. Pitting a philosopher and a sociologist against two scientists, the well-rounded debate delved into the ethical and social consequences of radically increasing human lifespan.

Arguing against the idea that lifespans are long enough is the all-star team of Dr. Aubrey de Grey, chief science officer of SENS Research Foundation and famed biomedical gerontologist, and Dr. Brian Kennedy, the president of the Buck Institute for Research on Aging.

The team faced off against Dr. Ian Ground, a philosopher at the University of Newcastle, and Dr. Paul Root Wolpe, the director of the Emory Center for Ethics and former bioethicist for NASA.

The debate, just short of two hours, is well worth a listen in full.

Unlike most scientific discussions of life extension, this debate encompasses but also surpasses purely biomedical arguments, heading straight into the question of what makes our lives a “human experience.”

Arguing against the motion, Ground and Wolpe went for a hard-hitting sociological and philosophical approach. The question is not whether life extension is possible, but whether it’s desirable as an intentional scientific goal, said Wolpe.

According to Wolpe, the quest for immortality is nothing but “a kind of narcissistic fantasy,” a part of a larger misguided view of a science-technological utopia. We have an idealized view of how technology is going to change the basics of human nature and our society for the better, but there’s no evidence of that, said Wolpe.

Everyone wants to live longer, but is it good for our society? “Do longer lives make the world a better, kinder place?” asked Wolpe rhetorically. “I think not.” 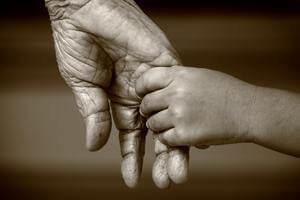 Let’s break it down.

As people get older, they often become more conservative. Imagine if the Civil War generation were still around, said Wolpe. Would civil rights have advanced as much as they did?

Young people are the ones who come in with new ideas, and there’s an evolutionary wisdom of letting the older generation disappear. If we dramatically extend human lifespan, we would in essence be obliterating the generational shift that occurs over time, he said.

Then there are socioeconomic consequences. Not everyone will be able to afford life-extending treatments; those who can are likely to be the rich and powerful elderly 1%.

Ground agrees with Wolpe, but laid out an even more provocative argument.

We’re essentially talking about the value of life, said Ground. A human life is, in essence, a limited life, he argued, and eternal life amounts to a rejection of what is human.

Death organizes our lives, Ground explained. Because we have a finite end, we have a timeline for ourselves: when to settle down, when to have kids, when to let go. As humans, we make choices based on opportunity costs, which are priced in the currency of time — our most precious resource.

Choosing how to spend that resource is what makes you a particular person, he said. Imagine if you could live forever. Wouldn’t you be tempted to try other occupations, to hunt around for “the one,” to put off important life decisions indefinitely?

By not settling down into a life, humans essentially lose themselves.

Ground compared the story arc of a human life to that of a movie.

“Movies that have no endings also lose their middles and beginnings. They will no longer be movies,” he said. The human life is analogous, and living longer disrupts the story of what’s necessarily human.

Increasing Lifespan Is Our Social and Moral Obligation

De Grey and Kennedy, both of whom argued that life extension is worth pursuing as a goal, countered the opposing team with a practical argument: that increased lifespan often leads to increased health span, which in turn lowers the socioeconomic cost of caring for our elders.

Research with lab animals suggests that if we achieve lifespan extension in humans, we’ll not only live longer, but likely also spend most of our twilight years disease-free.

Last year the FDA finally recognized aging as a disorder that the medical community could target and potentially treat, said Kennedy. It’s a paradigm shift, and a welcome one. 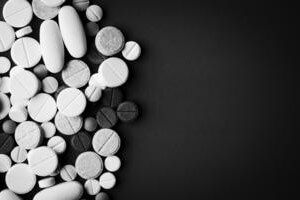 We know that lifespan has essentially been going up roughly 1 year in every 4, said Kennedy. But healthspan is not going up at anywhere near the same rate. The United States spends 19% GDP on healthcare, most of which is used in the last 6 months of a person’s life, explained Kennedy.

Thus far, medical care is focused on treating age-related diseases — diabetes, cancer, dementia — one by one, with little success. It’s a game of whack-a-mole and one that we’re losing.

Yet when we look at the broader health landscape, age is the single greatest risk factor for these chronic illnesses. By targeting aging, the medical community hopes to delay the onset of most — if not all — of these killers.

Life extension, if it happens, would benefit society as well.

We are in the “age age,” said Kennedy. With more elderly people on the planet than ever before, some sociologists are calling our current state the “silver tsunami.”

People generally retire before 70 due to health, family obligations or a desire to quit work and enjoy life. But if we increased healthspan and lifespan, these people could potentially work longer and contribute more to society, said Kennedy.

“Birth is geometric but dying is linear,” said Kennedy. Data clearly show that more developed countries have fewer children, and longer lifespan does not go hand in hand with a higher population number, he explained.

Although most of de Grey and Kennedy’s arguments were biomedical, de Grey capped off his team’s thoughts with a philosophical question: Isn’t it our obligation to our descendants to pursue life extension?

Today, we are facing a choice, whether to wage a war on aging or not, he said.

There’s no doubt that if we try hard to tackle the problem, we’ll get to a solution sooner. And since we’re on the precipice of a scientific breakthrough, I believe we have a moral obligation to figure out ways to extend the human life, and give our descendants the choice whether or not to use it, argues de Grey.

“Do we really want to condemn an entire cohort of humanity to an unnecessary short life just because we thought society might not like it much?” he asked.

Life extension is like any other previous scitech breakthrough, with the potential to benefit or harm. Humans fear what’s new, said de Grey. But that’s not a logical reason to shy away from pursuing the science.

“Yes, there is certainly much more to life than more life. The question is, is it an either-or?” said de Grey in his closing statement.

“The implicit premise…of the other side is that, in fact, there is an either-or, that life will actually be, in some profound senses, a lot worse if it’s a lot longer,” he said. “I think that’s extremely uncertain.”

Again, there are plenty of interesting morsels in the debate, and I encourage you to give it a listen. In the end (spoiler!), the debate audience sided with de Grey and Kennedy—that our lifespans are not long enough, and that life extension is a worthy goal.