On hearing words like “industry” and “manufacturing” most of us probably picture sprawling assembly lines, heavy machinery, groaning metal, and flying sparks. Few of us likely envision gazelles or fighter jets—agility and manufacturing don’t really go together.

But that’s about to change.

It’s being called the fourth industrial revolution. Today, this means the recent and ongoing explosion of sensors and data in industrial settings. Sensors can do everything from precisely counting inventory to tracking goods as they’re trucked across the country or over the ocean.

This information will provide a real-time window into the supply chain and make it more efficient, a familiar goal in manufacturing. But that’s just the beginning.

Customers and managers want this insight turned into action to satisfy an ever-increasing need for agility as the production of physical goods looks increasingly like a laggard compared to the rapid changes of its digital peers.

Here are six reasons why physical product companies need that agility to survive.

Agility to react to other market forces

Market conditions change fast, and when they do, it’s important to respond quickly and decisively. But that’s easier said than done, and we can see industries struggling to adapt.

2015 marked the first year that growth in shipping volumes was below growth in GDP, according to Nomura. A trillion-dollar industry was never more visibly subject to currency fluctuations and fickle demand. Boats have been idled and scrapped, and in certain markets, new orders have frozen, sending shivers throughout shipping—from shipyards to ports.

This picture is repeated elsewhere. In oil and gas, for example, the shale industry in the US virtually collapsed overnight as prices eroded. Shale wells have the advantage of having a low shelf life and being relatively easy to close down. Car companies had less luck and had to be bailed out in 2008 as they struggled to adjust production to demand.

Agility to react to competitive changes

The relentless pressure to improve performance is particularly clear in transportation. Fuel efficiency, for example, is constantly getting better. Where do these gains come from? Design, better utilization, but also, crucially, from manufacturing technologies.

The automotive power-to-weight ratio, which has been decreasing steadily, is maybe the best example of this. Take Divergent3D’s first car, the Blade.

The Blade’s frame, made entirely of carbon fiber and 3D-printed components, is the lowest power-to-weight ratio ever. It also reduces tooling costs by a factor of 13. The techniques used for the Divergent3D car are now being licensed to large scale production runs of well-known brands.

Deploying new technologies such as 3D printing gives companies a large step ahead in highly competitive industries with razor thin margins, such as the automotive market. But increasingly they are needed just to be able to compete.

With rapid technology changes, we don’t know where the next innovation will come from. Firms need the ability to integrate new solutions into their production quickly. The current form of heavy up-front capital investment and fixed production lines that are trimmed to a specific output years in advance cannot deliver this.

Agility to use cheaper inputs/reduce costs

It’s not just tooling prices that can be reduced through more agile operations. As Jonas Berge pointed in response to a previous article, smarter manufacturing operations are allowing chemical companies to adapt to changing raw materials prices.

Berge uses a refinery as an example. The price of a particular kind of crude oil, for example, becomes an attractive low-cost option—problem is, it’s corrosive. Solution? Corrosion sensors in the pipes. Or perhaps they want to use shale oil and need to monitor heat exchangers. Again, sensors are the answer. With the right monitoring, they can switch between cheaper inputs.

The customer is always right. Managing inventory to keep up with quick changes in needs and tastes is a must. For physical product companies the cost of moving too slowly is high. Some are adopting software-like cycles of testing, measuring, and updating to get an edge. 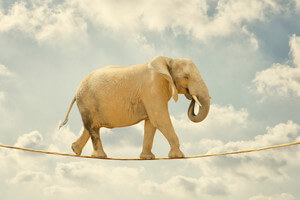 Zara, the biggest brand in the fashion conglomerate Inditex, is famous for picking higher cost production locations such as Spain, Portugal and Morocco so they can react to customer demands faster. In contrast to rivals, Zara commits to only 50% of the season’s production at the outset of the season, giving them the flexibility to add new designs as the season moves along, sometimes doing so in a matter of weeks.

According to a Columbia University case study, this gives Zara a strong competitive advantage. They need sell only 15 to 20 percent of their clothing at discount compared to 30 to 40 percent at other retailers. Further, it encourages customers to visit the store more often—17 times a season versus 3 to 4 times at GAP—because they know there will always be new items.

Xiaomi, the billion-dollar Chinese consumer tech startup, built its business on a similar strategy—using flash sales to test demand and producing only after they’ve met certain thresholds. This allows them to keep very low inventory and have far faster product release cycles than competitors.

Both these cases and many others like them show that hardware release cycles are moving the same way as software.

At my company, Authentise, we do 60+ releases a week to fix bugs, address customer needs, and ready our tools for the next stage. While physical products can only dream of such a frictionless release cycle, customers are demanding better.

As new influences and needs bounce around the internet at the speed of light, all businesses, including product companies, need to react faster. 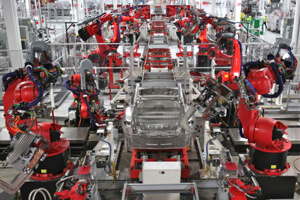 Agility in the workforce

Who you employ is as important as what you produce.

Manufacturing companies, for example, have long been able to rely on loyal, experienced professionals. Now, they are retiring and few are willing to fill manual jobs. The US is expected to have 3.5 million manufacturing vacancies in the next 10 years, according to a Deloitte study, 2 million of which are likely to go unfilled due to the skills gap.

The rapidly changing environment of the manufacturing workplace is partially to blame, as new IT skills are needed. But technological innovations such as robotics or augmented reality can also help make the workforce and hiring process more agile by reducing the need for skilled labor in areas where those particular skills are retiring.

Companies don’t have an alternative route to growth. Previous strategies such as outsourcing are the victims of their own success. Chinese wages, for instance, rose 17% between 2001-13, according to the Economist Intelligence Unit, which has led to nearly 50% of managers expressing an interest in reshoring. Without an intelligent manufacturing process enabling a more agile workforce, they won’t be able to do so. 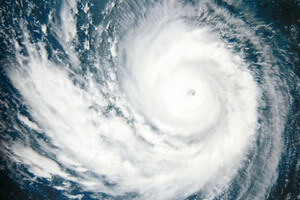 Agility to react to environmental issues

While companies may spend a decade planning for shifts in the workforce, environmental disasters often dictate significantly more agility—and its absence can cost companies dearly.

When the Tōhoku earthquake and following tsunami wiped out four key Toyota plants and countless suppliers, no contingency plan would hold. Nearly a month later, two thirds of their suppliers from northeastern Japan were still not functioning.

A more agile manufacturing operation that allowed production to be re-routed autonomously may have been able to keep more of Toyota’s operations running during the event. Fixed tooling for factories able only to produce a single car also means there are fixed points of failure.

Toyota’s production declined by over 600,000 cars in 2011 and the firm lost its place as largest automaker by volume. The price of a less-than-agile manufacturing operation is staggering.

Most manufacturers are aware it’s time to adopt a more agile approach—no wonder so many are eager to adopt Industry 4.0. Whether it’s customers, the environment, suppliers, or the market—leaders are hearing they have to turn their large, slow moving ships into nimble jets.