We often think of consciousness as binary: you’re either fully aware of something, or you’re not.

Yet according to a team of cognitive neuroscientists at the University of California, Santa Barbara, conscious awareness is gradual. A simple stimulus — say, a red cube — is processed by the brain in multiple separate subconscious streams, each encoding one aspect of the cube.

The result? Even when some features — a sharp edge — remain subconscious, others — the color red — can drift into conscious awareness.

The team published their study in the recent issue of Consciousness and Cognition.

This innovative study challenges the assumption that you either see something or you don’t, says Dr. Steve Fleming, a cognitive scientist at UCL who was not involved in the study.

It really suggests that human consciousness isn’t all-or-none, he says.

The emergent nature of consciousness has fascinated yet baffled theorists and scientists alike for eons.

How can bioelectrical activity in the brain give rise to the subjective feeling of conscious awareness? Pioneered by Dr. Christof Koch and Dr. Francis Crick (of Watson and Crick fame), the once fringe science of consciousness is now intimately intertwined with the study of perception. 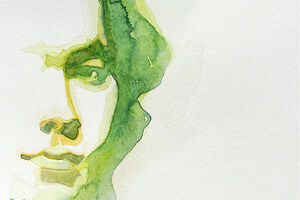 To be clear, consciousness in this sense doesn’t mean sentience or alertness, such as coming to after being put under. Rather, it refers to qualia, the subjective experience of awareness, either for external factors — a loved one’s face, a melodic laugh, a pleasant scent — or internal sensations, such as a stomachache.

Since qualia are subjective, Koch and Crick devised a way to scientifically study perceptual awareness. They turned to one of the most well-known sensory systems of the human body: vision.

When light hits your retina, it activates a cascade of electrical signaling that propagates to higher and higher levels of the brain’s visual center. With each level of processing, the brain extracts a higher level of representation. Earlier visual neurons detect edges, lines, shadows; later neurons recognize places and faces.

Somewhere along that line, what we’re seeing enters the conscious mind. But where?

According to the “global workspace theory,” awareness of an object can only emerge at higher cognitive levels, when the object is already available to working memory — the brain’s mental sketchpad. In other words, you’re conscious of an object when you can see it and manipulate it in your mind’s eye. Because the brain has full access to the object, this model suggests that conscious perception is all-or-none.

A competing idea states that conscious perception occurs at a much lower level of representation. Here, you can be fully conscious of some aspects of an object — say, its color or shape — while completely unaware of its other features. The “partial awareness theory” states that consciousness is a graded experience.

Gone in a Blink

The new study, led by Dr. Barry Giesbrecht, pitted the two theories against each other to ask: is visual consciousness all-or-nothing or graded?

The study relied on a quirk of human attention called the “attention blink.” Because the brain has limited resources, our attention flickers from item to item, feature to feature. Attention blink happens when we shift focus, causing a small “gap” — about a quarter to half a second long — in attention.

Because of this gap, when two visual stimuli are quickly shown in succession, attention blink causes us to consistently fail to detect the second stimulus.

In the study’s first experiment, 16 volunteers watched a rapid sequence of letters on a computer screen. The first few letters were always displayed in black. These were followed by a white letter, another rapid-fire string of black letters, and finally, colored letters in green, red, or blue. After each of the 300 trials, participants were asked to identify the white letter and name the color of the first colored letter (the “target”). 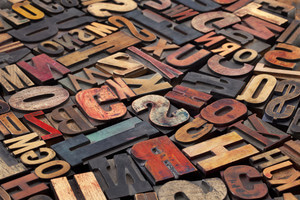 The scientists carefully timed the gap between the white and target color letter, so that in some cases the target letter fell into the attention blink window. The other cases, in which both letters could be accurately perceived, acted as controls.

As expected, the participants had a tough time naming the color of the target letter, regardless of whether they remembered the identity of the white letter. Compared to control cases, the effect was significantly stronger when the colored letter occurred during attention blink, suggesting that the target often didn’t reach conscience awareness.

The second experiment had almost exactly the same design.

As before, attention blink made it harder for some participants to consciously process the target letter compared to controls. They couldn’t accurately name both the identity of the target letter and its color.

But here’s the interesting part: in many cases, they did consciously experience the letter to an extent, even during attention blink when their mental resources are theoretically maxed out. Some subjects could name the target letter without knowing its color, whereas others identified the color but lost its identity.

Although some aspects of the target escaped their working memory, others remained.

These results, although preliminary, suggest that conscious perception isn’t all-or-none.

If this is right, when we look out into the world, we don’t need to build full representations of what we see before it enters our conscious mind. Visual information begins its flow in subconscious space, but as it rises through the hierarchy of information processing, somehow parts of it slip into our awareness.

We believe this emergence occurs at the level of features, at least for simple objects, the paper’s authors wrote.

How subjective awareness arises from objective biophysics is still a mystery. It’s certainly possible this transformative process is all-or-none, says Giesbrecht, in that feature representations “teleport” from the subconscious to conscious mind.

As far as we know, humans are the only ones that experience partial awareness. Why would the brain evolve this perception hack?

Given the brain’s limited resources, partial consciousness lets us sample the world at a higher rate, so even if you can’t absorb everything you’re seeing, the seemingly lost information is still being processed and may be used to alert and inform, the authors suggest.

It’s what helps make our perception of the world so rich, says Giesbrecht.