“Negative advice [what not to do] is vastly more important than positive advice.” – Nassim Nicholas Taleb

Sam Hinkie, an NBA executive known for his love of advanced sports technologies, just quit his job — ending one of the weirdest and most intriguing strategy experiments in recent memory.

If you’re a business leader wondering how to instill a bit of disruptive thinking into a stubbornly conservative culture, take note of Hinkie’s story — applying emerging tech, long-term foresight, and a bold idea can sometimes be enough to get you chased out of town. 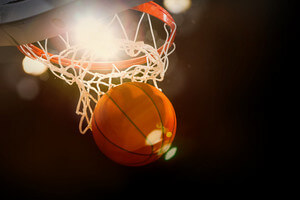 As general manager of the NBA’s Philadelphia 76ers, Hinkie was the mastermind of an elaborate strategy which asserted, counterintuitively, that if his team was going to win a championship, he needed to build a deliberately bad basketball team. The plan was designed to exploit the fact that the NBA rewards the worst performing teams with a better chance of earning higher draft picks and thus a higher likelihood of selecting a superstar player that would transform the team into a championship contender.

As Hinkie’s losing-toward-a-greater-good strategy unfolded over three years, puzzled onlookers watched as the team traded away their budding stars, drafted high potential yet injured players, all while their record reached historic levels of badness. The 76ers were never competing for the NBA’s middle of the road. It was championship contention or bust for Hinkie.

The strategy was seen as highly controversial and many questioned the ethics of deliberately gaming a system by losing. Criticism grew louder over time, and on April 6th, Hinkie finally walked away from the 76ers by issuing a widely ridiculed 13-page resignation letter.

The backdrop for the strategy was Hinkie’s rather ambitious use of performance analyzing technologies such as motion tracking GPS devices, hydration sensors, and sleep pattern analysis. Hinkie became the poster-child of the forward-thinking tech evangelist while roaming among the traditionally old school world of sports—and that proved a challenging combination.

It’s worth noting that years from now, the power of hindsight may change how we interpret Hinkie’s role at the 76ers and the story that unfolded there. He’s left a team with a war-chest of draft picks and one of the lowest salaries in the league, placing the organization, though still terrible, in an enviable position. The attempt to set aside short-term progress in the interest of long-term benefit is one feature of Hinkie’s plan that should be celebrated.

The challenge Hinkie faced, however, is the same that many early tech adopting executives are facing inside companies all over the world. If you have a disruptive plan that may require years of being misunderstood—how do you survive long enough for the plan to bear fruit? How do you convince the un-convinceable that those shiny breakthroughs pouring out of innovation labs around the world, can actually transform your organization? There is no easy answer.

Nassim Nicholas Taleb often points out that business strategy books are written by those who succeed, and rarely by those who don’t. There’s a biography bias that selects advice from the winners only, yet sometimes we can learn more from the failures of would-be innovators to uncover what not to do. Let’s study the remains of Hinkie’s doomed experiment for some lessons.

Don’t Try to Turn the Existing Culture Upside Down

Because Sam Hinkie had a background not in basketball, but in advanced statistical analysis and management consulting and had an MBA from Stanford University, he was seen by industry peers and the media as Silicon Valley incarnate. He’s known as belonging to a new-generation of data-driven decision makers trying to bring the sports world into a glorious new age of high-tech performance tracking and algorithm-like precision.

Sports leaders who have previously played a sport often see the Moneyball types as lifeless spreadsheet wonks. Hinkie’s head-on approach in this culture war was met with impossible headwinds, and while it’s likely the 76ers ownership bought into his use of advanced technologies—Hinkie’s love for his “crazy idea” was enough to open him up to becoming a caricature of “disruptive thinking” and the Silicon Valley narrative.

According to Salim Ismail, author of the book Exponential Organizations, it’s near impossible to transform an existing organization’s cultural DNA, and it’s for this reason that he advocates the innovation-minded inside any company set up shop far from the core of the business. How this might function inside an NBA team is unclear—and may not actually be possible. Change inside a sports team would likely only come from the owners and not a basketball outsider like Hinkie.

Don’t Keep Your Ideas to Yourself

As Tim Bontemps at the Washington Post reported, “the remarkable thing about Hinkie’s 13-page manifesto is that, by becoming public, it did the thing he never was willing to do throughout his nearly three years running the Sixers: publicly campaign for why his plan was the right thing for the franchise to do.”

What sealed Hinkie’s fate was his lack of transparency. By trying to protect his competitive advantage, Hinkie missed a crucial lesson from other Silicon Valley innovators and the open-source culture that defines their business environment. Hinkie may remember that Elon Musk, who made a quoted appearance in his resignation letter, outlined the reasoning behind his strategy for Tesla in an essay back in 2006. Then in 2014, Musk went even further and famously open-sourced all of the patents at the company.

In the absence of information, your stakeholders are left to turn to emotions to make decisions, and in Hinkie’s case, chronic losing eventually trumped the unexplained reasoning underpinning whatever plan was in place.

Hinkie wasn’t wrong to point out that the NBA punishes mediocre teams by providing almost no chance of landing the next LeBron James. But in his strategy to “zig” while our competitors comfortably “zag,” as his letter read, he treated an entire professional basketball organization like nothing more than an algorithm. Hinkie’s plan essentially asked a group of ultra-competitive athletes, very real human beings, to suffer through an organizational system that limited their ability to win. One writer pointed out that the strategy “is gross even if it works — especially if it works.”

Leagues, fans, the media, and especially the players only have so much patience for “losing as a strategy.” The NBA even considered changing the design of the draft last season, and most assumed this was a direct response to the 76ers deliberate tanking. Hinkie’s plan was programmed with the seeds of its own destruction from the start.

Some ideas are crazy for a reason. Silicon Valley does romanticize its Steve Jobs and Elon Musks, but the “here’s to the crazy ones” narrative underpinning these two success cases worked inside the high-risk community of Silicon Valley and not the slow moving world of professional sports.

It’s not impossible for a company to transform its culture with big ideas and new technologies—it’s just very difficult. Tact, clear communication, and getting everyone on board are crucial pieces of the innovation roadmap.

Silicon Valley loves experiments and has a high tolerance for failures that reveal how not to do something, until the correct way is uncovered. The lessons learned in Hinkie’s case should be valuable to anyone hoping to bring their company into a new technological age. Like so many others today, Hinkie was stuck in the confines of an old industry left to watch on as his bold idea fizzled.