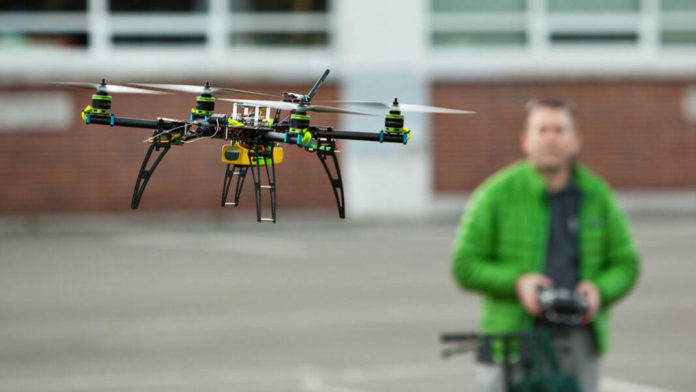 ROBOTICS: This Silicon Valley Billionaire Wants to Give Us All Robot Bodies
Mark Mann | Motherboard
“It’s easy to envision Beam-like devices with more appendages and more sensors than just wheels and a camera, so workers could do more than just roll around and talk. If you could beam into a PR2, that would really get people excited.”

ARTIFICIAL INTELLIGENCE: Beyond Siri: The AI Revolution Coming From the Web
Eric Poindessault | TechCrunch
“The comparison with humans stops here, because, unlike machines, we have the ability to autonomously build on top of our knowledge by contextualizing problems and finding original solutions to solve them…Teaching computers about context in human behavior is a colossal task; people are not always predictable and the variety of situations is basically endless.”

DRONES: The Six Biggest Misconceptions About Drones
Faine Greenwood | Slate
“Drone delivery is an exciting and futuristic concept that is very unlikely to become mainstream in the next five to 10 years, for a number of reasons….Today’s drones also are a lot dumber than you may think they are. Sense-and-avoid technology has seen many recent, promising advances but remains fairly rudimentary.”

MEDICINE: Gene Therapy’s First Out-and-Out Cure Is Here
Antonio Regalado | MIT Technology Review
“‘I am a little guarded on gene therapy because we were all excited a long time ago, and it was not as easy to fool Mother Nature as people had hoped.’ Today, several hundred gene therapies are in development, and many aspire to be out-and-out cures for one of about 5,000 rare diseases caused by errors in a single gene.”

SPACE: To Save Earth, Go to Mars
Joe Mascaro | AEON
“What if our societal view of problem-solving is flat-out wrong? More specifically, what if addressing a crisis directly is not always the most effective route to success, and investing resources toward a different, seemingly unrelated challenge could lead to faster, more effective breakthroughs?”

TRANSPORTATION: The Failed Race to Build the Hyperloop of the 1870s
Kelsey Campbell-Dollaghan | Fast Company
“Yesterday, one of several companies trying to turn Elon Musk’s hyperloop into a reality gathered the media for an exciting demonstration of the technology. As the first hyperloop test capsule rocketed across the desert landscape, it was hard not to think of Beach’s own widely publicized unveiling of his pneumatic train system below Manhattan. Both moments were full of optimism about how transit could not just make moving around the world easier, but make it cleaner, faster, and less expensive.”