Nearly 250 million video surveillance cameras have been installed throughout the world, and chances are you’ve been seen by several of them today. Most people barely notice their presence anymore — on the streets, inside stores, and even within our homes. We accept the fact that we are constantly being recorded because we expect this to have virtually no impact on our lives.

But this balance may soon be upended by advancements in facial recognition technology. 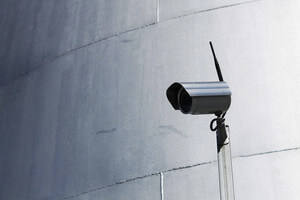 Soon anybody with a high-resolution camera and the right software will be able to determine your identity. That’s because several technologies are converging to make this accessible.

Recognition algorithms have become far more accurate, the devices we carry can process huge amounts of data, and there’s massive databases of faces now available on social media that are tied to our real names. As facial recognition enters the mainstream, it will have serious implications for your privacy.

A new app called FindFace, recently released in Russia, gives us a glimpse into what this future might look like. Made by two 20-something entrepreneurs, FindFace allows anybody to snap a photo of a passerby and discover their real name — already with 70% reliability. The app allows people to upload photos and compare faces to user profiles from the popular social network Vkontakte, returning a result in a matter of seconds. According to an interview in the Guardian, the founders claim to already have 500,000 users and have processed over 3 million searches in the two months since they’ve launched.

What’s particularly unsettling are the use cases they advocate: identifying strangers to send them dating requests, helping government security agencies to determine the identities of dissenters, and allowing retailers to bombard you with advertisements based on what you look at in stores.

It’s not just Russians who have to worry about the implications of ubiquitous facial recognition. Whenever a technology becomes cheap and powerful, it begins to show up in the unlikeliest of places.

Microsoft has patented technology that can allow a billboard to determine who you are and show you personalized advertisements. British authorities are using facial recognition at music festivals to spot troublemakers, while brick-and-mortar stores worldwide are racing to adopt the technology to track loyal customers. Even some high schools and churches have started to use facial recognition to take attendance. 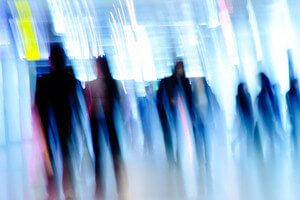 This leads to a situation that conjures up our worst fears with surveillance. You have no control whether your face is linked to other databases — such as loyalty rewards programs or police watch lists — or how that information is shared. Facial recognition is usually done without your permission, and there is no established way to opt out.

Tracking people in the real world might start to look more like it does online, causing changes to our behavior. That’s no small adjustment. Just as with social media, we will continually have to worry about what footage will be preserved forever and how it will shape our reputation.

We’ve already seen how stalkers and criminals use enormous amount of personal data on social media to learn everything they can to target their victims. It’s not hard to imagine a company’s human-resources department in a few years searching for your face on YouTube when you apply for a job. They can observe how you behave in public, find you in a crowd, and access videos and photos where you appeared but weren’t tagged — and which you may not even know exist.

To be clear, the technology still has some major hurdles to overcome: It’s far less useful in poor lighting, at strange angles, and when video quality is low. But we leave our “faceprints” everywhere we go, which means our movements can be tracked and stored on an unprecedented scale. We’d be wise to start preparing for the consequences now.

That involves dealing with the thorny legal and ethical issues of notice-and-consent, data ownership, and our relationship to the devices around us. We could choose to expand the classes of protected uses — such as we do in the U.S. with health data — or follow the European model of creating more expansive laws around personally identifiable information in general. We may also overhaul privacy protections to allow people new rights to their request their data be deleted and impose limits on what third-parties can do with our information.

But the reality is that it’s nearly impossible to stop the use of a technology once it’s available to everyone. Losing anonymity comes at a cost. We will have to decide whether we really want a world where there are no more strangers and everything we do in public is analyzed indefinitely.

This article was originally published on MarketWatch. Read the original article here.