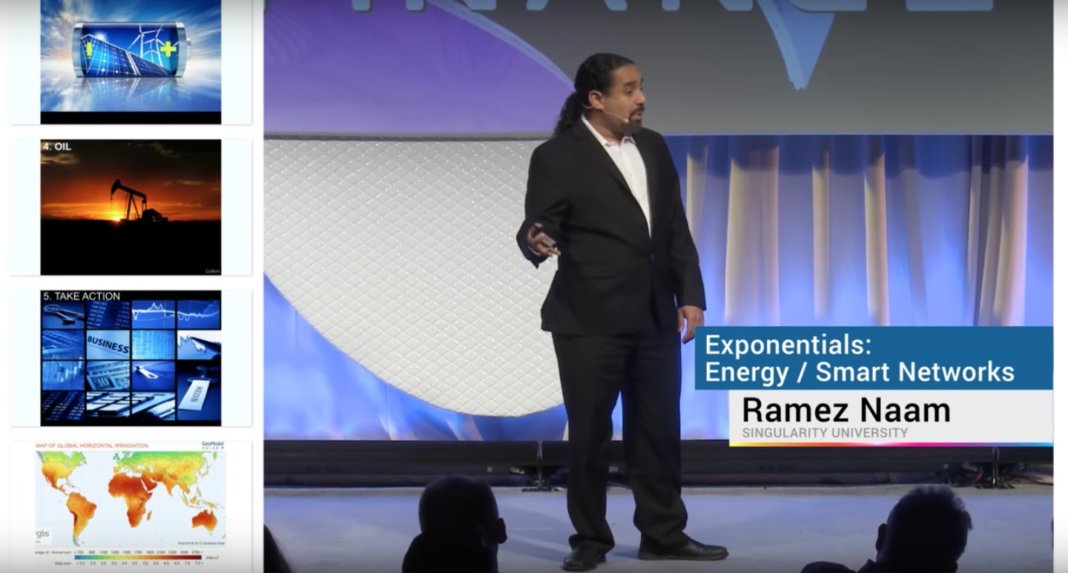 “We are now hitting a crossover point where solar, without subsidies, is starting to beat out all other sources of energy.”

So said Ramez Naam, energy analyst and science fiction author, speaking this week at the Exponential Finance Summit hosted by Singularity University and CNBC. According to Naam, progress in technology has caused solar prices to drop two hundred times since the 1970s and five times in the last five years alone.

He pointed to a few recent examples of how low solar costs have become.

“That is a price that five years ago people would have told you is simply impossible to ever reach,” said Naam.

Because of varying climates, solar energy is not evenly accessible across the world. Yet it’s abundant in certain areas, including sub-Saharan Africa and South Asia where over a billion people don’t have access to reliable energy. With current technology, Naam said it would take less than half a percent of the Earth’s land area to meet all energy needs.

“In those sunny places, it’s the cheapest energy money can buy, and it will spread to more of the country as the tech keeps getting better.”

Currently in the US, only 1% of total electricity comes from solar, and Naam sees that as a huge opportunity for exponential growth and for solar companies to dominate the market.

“Think about the cost of energy—it fluctuates. But the cost of technology, like the cellphone in your pocket? Those costs only go down. So now we have a technology that produces energy. It just gets cheaper and cheaper and will disrupt everything in its path.”

For more insights from Naam, check out his brief interview with CNBC’s Bob Pisani.