If you’re like me, you probably don’t remember anything from your life before the age of three. This phenomenon, first dubbed by Sigmund Freud as “infantile amnesia,” occurs in many different species, yet why it happens remains a mystery.

Freud (being Freud) pinned the culprit on sex: those early memories are actively repressed because of their highly charged psychosexual context. This idea is now “actively repressed” by modern scientists, who instead point to quirks in the developing brain as the root of toddler forgetfulness. Some believe that the young brain has not yet mastered the ability to store memories. Others think the rapid reorganization of the developing brain quickly overwrites what’s already been written. 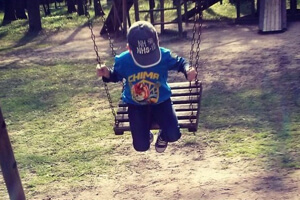 These modern theories rely on the same assumption: that our baby memories are erased. But what if Freud was right about the mechanism (if not the reason)—and these memories are simply repressed, waiting for the right cue to become active again? Can the things you don’t remember as a child shape the person you become as an adult?

According to a study published this week in Nature Neuroscience, the answer is yes.

Using juvenile rats, researchers from New York University showed that memories learned during the infantile amnesia period are stored in a hibernation mode (or they’re “latent,” as the study’s scientists say). Months later, when researchers gave the now adult rats a combination of cues that reminded them of the original experience, the lost memory re-emerged into consciousness as a durable, strong memory.

If the results hold in humans, they could explain why early life experiences — even the ones we can’t remember — heavily shape our adult personalities. They may even begin to tackle the complicated question of why early trauma such as neglect or abuse puts a child at risk for future mental disorders and cognitive disabilities.

There are serious implications to childhood development, says Travaglia. Although far in the future, “perhaps early life memories can be retrieved and analyzed for therapeutic purposes,” he says.

The researchers began their experiments using two groups of rats: one group 17 days after birth, the other 24 days old. They picked the ages with care: 17-day-old rats are roughly equivalent to 4-year old human preschoolers, who generally still display infantile amnesia. The 24-day-old rats represent 7-to-8-year-old kids, who usually have the ability to form steady memories that last into adulthood.

The team put the rats into a box with two distinctive sides: one side was brightly lit, the other comfortingly dark. As nocturnal animals, rats prefer to stay in the dark side. When they did, however, the researchers zapped their paws with a light electrical shock.

If that sounds traumatic, you’re right: this type of learning, called inhibitory avoidance, forms extremely strong memories that can last a lifetime in adults.

Although both groups of rats learned to fear the dark, when the researchers tested them 30 minutes later, only the older group retained the memory. It took a mere half hour for toddler rats to seemingly forget the initial trauma.

Next, the researchers played around with triggers to see which ones might coax the lost memory back to life. Only a combination of seeing the original box and experiencing another electrical zap, but neither one alone, reignited a fear of the dark in the now-adult young rats.

Think of it like this: say a child experiences something traumatic while munching on chocolate walking near a river, says Travaglia. Later in life, he may go near a river again and feel fine, until he’s coincidentally offered some chocolate. An unexplainable bad feeling sweeps over him. He’s re-experiencing the old memory.

That’s not to say our suppressed toddler memories are ticking time bombs, waiting to be reactivated.

Hidden baby memories are pretty cool, but according to Travaglia, the bombshell finding came when he began looking into what’s going on in the brain during infantile amnesia.

Under the hood, the learning experience itself flipped a switch that told the young rats’ brains to mature. The hippocampus — a brain region crucial for learning and memory — began a cascade of molecular changes that rapidly reshaped information processing to more closely resemble what happens in a mature brain after learning.

In other words, although toddler-aged youngsters weren’t showing signs of remembering new things during infantile amnesia, their brains were in fact learning — and remembering — how to learn.

(Isn’t it beautifully ironic that amnesia is, in fact, a sign of learning?)

“We show that the hippocampus is maturing through experience and that its development is not just due to time, but due to experiences happening during that time,” says Travaglia. 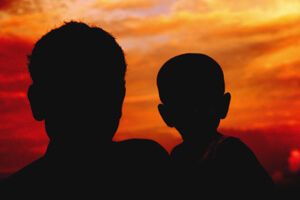 Although the brain is malleable throughout life, the first few formative years set the stage for how cognitive abilities play out over a lifetime. During these critical windows of development, the brain is especially sensitive to outside stimulation — light, sound, touch, smell, individual experiences and social interaction — to help it wire up into mature neural networks.

These “critical windows” were previously studied in our sensory systems. Finding them in the hippocampus was a welcome surprise.

Because our learning system has a narrow window of opportunity to learn, a lack of experience during this time would be extremely detrimental to brain maturation, says Travaglia. It could impede the hippocampus in a way that can’t be compensated for later in life without significant interventions.

“What our findings tell us is that children’s brains need to get enough and healthy activation even before they enter pre-school,” agrees lead author Dr. Cristina Alberini, “Without this, the neurological system runs the risk of not properly developing learning and memory functions.”

What about children who already suffer from intellectual disabilities because of early neglect?

This study strongly suggests that prevention is key. However, “by understanding how infantile amnesia works, we could potentially use learning and environmental interventions (with and without combination with pharmacology) to address learning disabilities,” says Travaglia.