Can Virtual Reality Sidestep the Paradox of Time Travel? 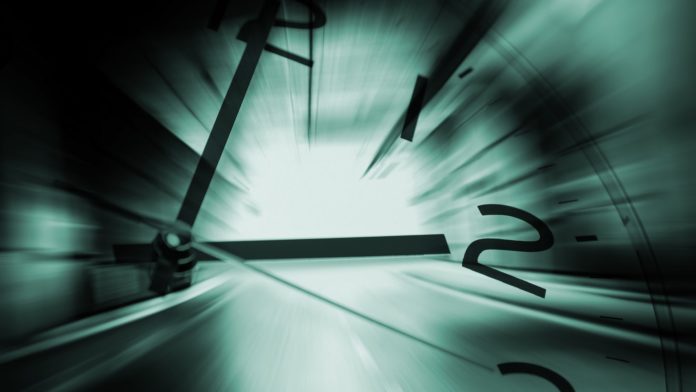 Most physicists agree that time travel into the past is impossible, but what if virtual reality (VR) could provide a workaround?

Doron Friedman is the director of the Advanced Virtuality Lab (AVL) at the Interdisciplinary Center Herzliya in Israel. His group researches a host of topics related to virtual, mixed and augmented reality as well as brain-computer interfaces.

In particular, his group is interested in behavioral realism: getting people to behave the same way in VR as they would in the real world. This not only makes it easier to carry out studies on people in simulations of real-world situations, it makes VR a powerful tool for exploring how humans might behave in alternate realities.

“The most interesting thing is making you behave realistically, but in worlds that are impossible,” says Friedman. “Immersive VR can be like a metaphysical lab. Many things work like the real world but it also allows us to do things not possible in the real world.”

His group has experimented with allowing people to fly and also be in two places at once, but the most interesting line of research involves time travel. In 2014 his group teamed up with the University of Barcelona’s Experimental Virtual Environments (EVENT) Lab, run by Mel Slater, to create an immersive virtual experience of traveling back in time.

A paper published in Frontiers in Psychology describes how participants were placed in a virtual art gallery where they could control an elevator to transport visitors to an upper level. However, one of these visitors subsequently shoots several others after arriving on the top floor.

The participants were then sent back to relive this experience, faced with a moral dilemma about where to direct the shooter to limit deaths. But while half simply repeated the simulation as if replaying a level in a video game, the other half experienced virtual time travel.

Special body tracking technology meant participants’ avatars accurately mirrored their movements. These movements and their voices were recorded by the system, and when they traveled back in time they were faced with a representation of their previous selves.

“That’s one of the twists of digital time travel, meeting your digital clone,” says Friedman, who tested the simulation himself. “It’s a really powerful experience. You feel that that other guy is really, really stupid. Because you look at it from outside and your previous self doesn’t really know what to do.

“It’s something that’s very difficult to capture experimentally, but you start having a really weird feeling of embarrassment with your previous self.”

Friedman says it is this “visceral” nature of immersive VR that makes it so powerful. The researchers found the time travel illusion increased participants’ feelings of guilt about the events and also boosted their sense of their own morality.

Among the potential applications of the approach is helping people overcome traumatic experiences as part of psychotherapy or simply re-evaluating past decisions. It could also accelerate training by allowing people to repeat tasks over and over while tracking the consequences of their actions.

But for Friedman, the most fascinating aspect is the ability to explore philosophical questions. In a pre-print paper published in September, Friedman outlines a computational model for time travel based on automated reasoning that can track chains of causality back and forth through time.

To test the system out, he presented it with a simplified version of the Grandfather Paradox, a thought experiment used by philosophers to consider the implications of time travel. In his version, someone travels back in time and kills his father, thereby making his own existence impossible.

The system actually came up with multiple “solutions” to the paradox, though neither of those discussed in the paper were particularly elegant. The first requires the time traveler to become his own grandfather and the second requires his father to also have a time machine.

Coding the system required Friedman to embed certain assumptions about time travel, which he says is problematic, as there is still disagreement about whether time travel is possible, impossible or only possible in a universe ordered very differently to how most physicists think it is.

He decided to simply encode a “common sense,” though most likely flawed, notion of causality into the system. But he said this opens up the intriguing possibility that physicists and philosophers could code their own theories of causality into a virtual system and explore the implications.

Another possibility would be to integrate these kinds of models of causality into the engines of online virtual worlds, like World of Warcraft and Second Life, to allow multi-user time travel. For most people, though, the appeal of traveling back in time is the idea that they could relive and possibly alter their real-world timelines.

At present, realistically simulating a subjective experience of the past is beyond our capabilities, but more and more of our lives are being captured digitally, and social networks like Facebook are already allowing people to relive their past by presenting them with historic posts and photos.

“Obviously making it realistic is going to be really challenging, but it looks like that’s where we’re going,” Friedman says. “Even without immersive VR, a lot of what you do is recorded with social networks, et cetera. So I do think it’s not as far-fetched as some of these futuristic scenarios are. It’s already sneaking in from the more popular social networks, this correspondence with the past.”