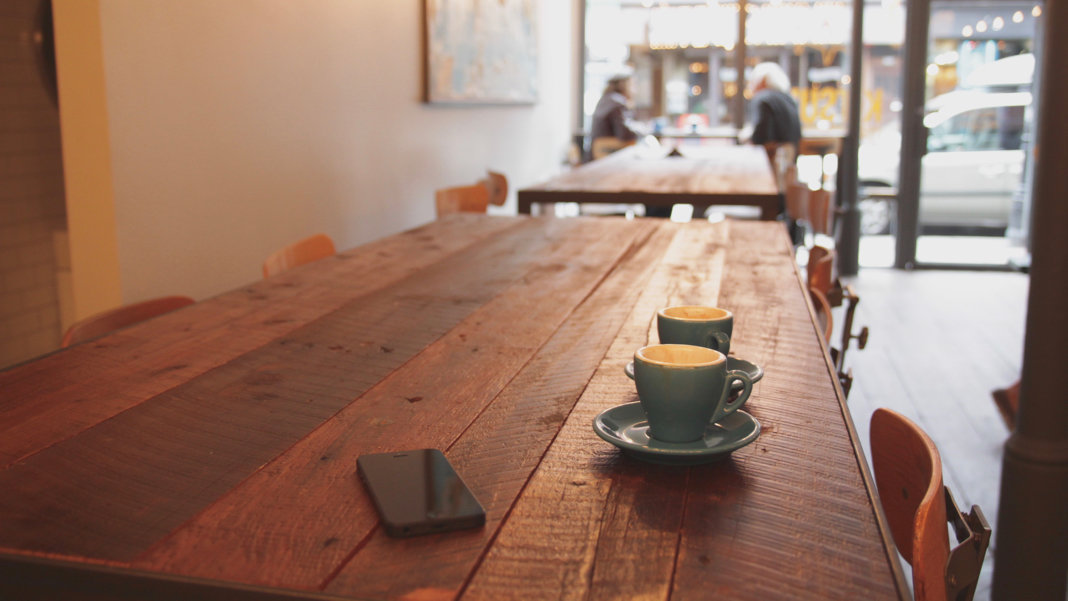 On average, Americans spend 50 minutes a day on Facebook. That’s a lot of online socializing. It’s also about the same amount of time workers take for their lunch break. Yet there’s not nearly as much socializing then: 65 percent of Americans eat lunch at their desk, and 45 percent report eating lunch alone, the highest rate in over 50 years. What if people spent their lunchtime connecting in person, rather than just virtually?

Modernity has not just affected our social connections at mealtimes — it has changed how we feed our minds. Many of us have been sucked in to our own “echo chambers,” with large numbers of people getting news from similarly minded Facebook friends – at least some of which is fake. Too often, the nuanced complexities of our friendships have been reduced to clever one-liners and carefully curated selfies. In this paradoxical state, we are so much more connected and alone at the same time.

The solution is up to all of us. People must connect with each other, honestly, authentically, face to face. We believe that technology can help. As doctoral students at MIT, we developed a service that helps people connect — providing 50 minutes of in-person interaction for every five minutes of screen time.

The opposite of dating apps

A year and a half ago, we were disturbed by a series of suicides in the Cambridge community. The tragedies started a conversation about social isolation and the awkwardness of meeting new people. Informal polling of MIT community members at a wide range of quirky events, from hackathons and tea parties to “chocolate soirees,” revealed that many of the students attended events in hopes of making a new friend. Many of them also felt that a group setting was too impersonal to do that successfully.

Inspired, we set out to create a more personal alternative. It became a service called Connect, arranging platonic, face-to-face meetings between interesting people over lunch.

An “interesting” person is one whom we are likely to get along with personally, but who differs from us in some way — ideologically, demographically or socioeconomically. This approach stands in contrast to dating sites and social networking platforms. Instead of trying to find your perfect match, Connect is trying to find a person with similarities that comfort you, but also differences that intrigue you.

Connect users are asked a few profile questions to aid the matching algorithm. These questions capture aspects of people’s identities, including field of study, hobbies and interests, but they also include logistical questions like availability and food preferences. Connect then suggests a venue, time and a conversation starter. As users attend more lunches and provide the algorithm with feedback, it gradually learns more about the kind of attributes in other people that interest them.

An international MBA student may sign up, for example, and tell the system that he enjoys cooking and kayaking. He may get matched with a Ph.D. student in computer science, who is an avid bread-maker. The pair are similar enough — in terms of their level of education and food-related hobbies — that they’ll get along, but they’re also sufficiently different that they might not otherwise meet or share experiences.

A dating app would not match these two people because they’re both straight men, and because their backgrounds differ enough that they are unlikely to be romantically compatible. But they’re not asking Connect to find a life partner — just someone interesting with whom to share a meal.

It turns out that we like meeting interesting new people. The vast majority — 90 percent — of users over the past year have rated their interactions on the platform a 4 out of 5 or better. Aside from having a nice lunch, about a third of users report having made a lasting friend, someone they keep in touch with regularly.

The success of Connect has spurred us to continue exploring how technology can help build stronger in-person communities. Thanks to funding from various offices at MIT, we have even managed to pay for lunches on campus, further lowering the barriers to meeting an interesting new person.

We plan to take the platform global early next year, so that administrators at schools around the world will be able to help their students, faculty, staff and alumni connect more directly. We are hopeful that from a supportive academic cradle, Connect can grow into a platform that helps anyone, student or otherwise, find their next best friend.

As platforms like Connect continue to grow, perhaps technology can help dismantle the echo chamber it helped create. Perhaps the social network of tomorrow will provide us opportunities to hear different perspectives and to express ideas that aren’t hidden behind the shadow of anonymity — while also bringing back the diminished tradition of eating lunch together.

This Robot Taught Itself to Run, Then Set a Record By Running a 5k

When Will the First Baby Be Born in Space?