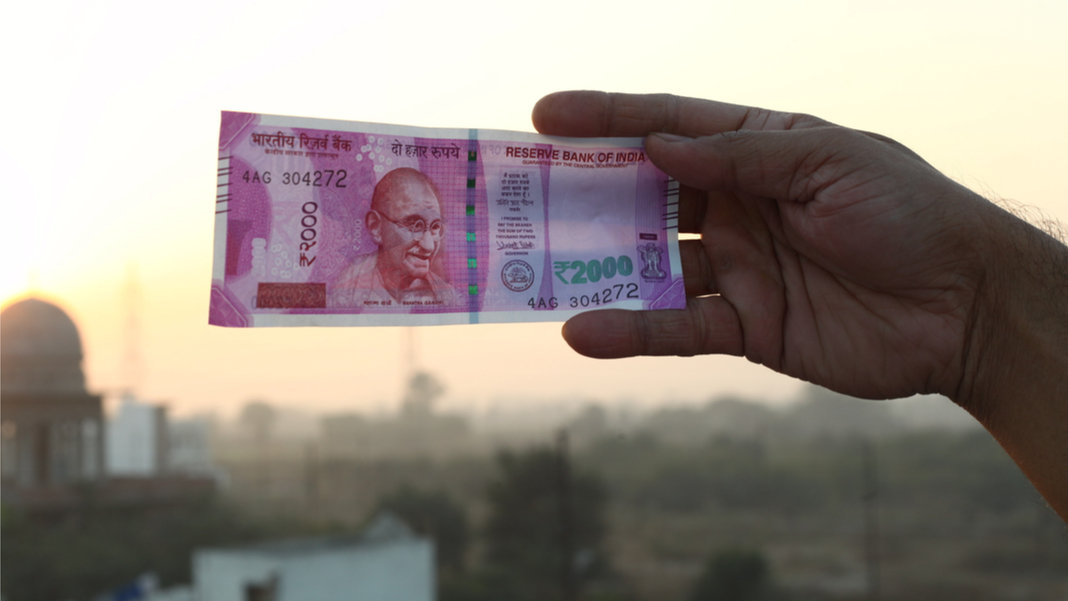 Silicon Valley fancies itself the global leader in innovation. Its leaders hype technologies such as bitcoin and blockchain, which some claim are the greatest inventions since the Internet. They are so complex that only a few mathematicians can understand them, and they require massive computing resources to operate—yet billions of dollars are invested in them.

India may have leapfrogged the US technology industry with simple and practical innovations and massive grunt work. It has built a digital infrastructure that will soon process billions more transactions than bitcoin ever has. With this, India will skip two generations of financial technologies and build something as monumental as China’s Great Wall and America’s interstate highways.

A decade ago, India had a massive problem: nearly half its people did not have any form of identification. When you are born in a village without hospitals or government services, you don’t get a birth certificate. If you can’t prove who you are, you can’t open a bank account or get a loan or insurance; you are doomed to be part of the informal economy—whose members live in the shadows and don’t pay taxes.

In 2009, the government launched a massive project, called Aadhar, to solve this problem by providing a digital identity to everyone based on an individual’s fingerprints and retina scans. As of 2016, the program had issued 12-digit identification numbers to 1.1 billion people. This was the largest and most successful IT project in the world and created the foundation for a digital economy.

India’s next challenge was to provide everyone with a bank account. Its government sanctioned the opening of 11 institutions called payment banks, which can hold money but don’t do lending. To motivate people to open accounts, it offered free life insurance with them and made them a channel for social-welfare benefits. Within three years, more than 270 million bank accounts were opened, with $10 billion in deposits.

And then India launched its Unified Payment Interface (UPI), a way for banks to transfer money directly to one another based on a single identifier, such as the Aadhar number.

Take the way that credit card payments are processed: when you present your card to a store, the cashier verifies your signature and transmits your credit card information to a billing processor such as Visa, American Express or MasterCard—which works with the sending and receiving banks. The billing processors act as a custodian and clearing house. In return for this service, they charge the merchants a fee of 2 to 3 percent of the transaction. This is a tax that is indirectly passed on to the customer.

With a system such as UPI, the billing processor is eliminated, and transaction costs are close to zero. The mobile phone and a personal identification number take the place of the credit card as the authentication factor. All you do is download a free app and enter your identification number and bank PIN, and you can instantly transfer money to anyone, regardless of which bank he or she uses.

There is no technology barrier to prevent a UPI from working in the United States. Transfers would happen within seconds, even faster than the 10 minutes that a bitcoin transaction takes.

India has just introduced another innovation called India Stack. This is a series of secured and connected systems that allow people to store and share personal data such as addresses, bank statements, medical records, employment records and tax filings, and it enables the digital signing of documents. The user controls what information is shared and with whom, and electronic signature occurs through biometric authentication.

Take the example of opening a mobile-phone account. It is cumbersome everywhere because the telecom carriers need to verify the user’s identity and credit history. In India, it often took days to produce all the documents that the government required.

With the new “know-your-customer” procedures that are part of India Stack, all that is needed is a thumbprint or retina scan, and an account can be opened within minutes. The same can be done for medical records. Imagine being able to share these with doctors and clinics as and when necessary. This is surely possible for us in the United States, but we aren’t doing it because no trusted central authority has stepped up to the task.

India Stack will also transform how lending is done. The typical villager currently has no chance of getting a small-business loan because he or she lacks a credit history and verifiable credentials. Now people can share information from their digital lockers, such as bank statements, utility bill payments and life insurance policies, and loans can be approved almost instantaneously on the basis of verified data. This is a more open system than the credit scoring services that US businesses use.

In November, in a move to curb corruption and eliminate counterfeit bills, Indian Prime Minister Narendra Modi shocked the country by announcing the discontinuation of all 500- and 1,000-rupee (about $7 and $14) notes—which account for roughly 86 percent of all money in circulation. The move disrupted the entire economy, caused pain and suffering, and was widely criticized. Yet it was a bold move that will surely produce long-term benefits because it will accelerate the push to digital currency and the modernization of the Indian economy.

Nobel Prize-winning economist Joseph Stiglitz said at the World Economic Forum meeting in Davos, Switzerland, that the United States should follow Modi’s lead in phasing out currency and moving toward a digital economy because it would have “benefits that outweigh the cost.” Speaking of the inequity and corruption that is becoming an issue in the United States and all over the world, he said, “I believe very strongly that countries like the United States could and should move to a digital currency so that you would have the ability to trace this kind of corruption. There are important issues of privacy and cybersecurity, but it would certainly have big advantages.”

We are not ready to become a cashless society, but there are many lessons that Silicon Valley and the United States can learn from the developing world.