The Cities of the Future Are Smart, Green, Connected Innovation Hubs 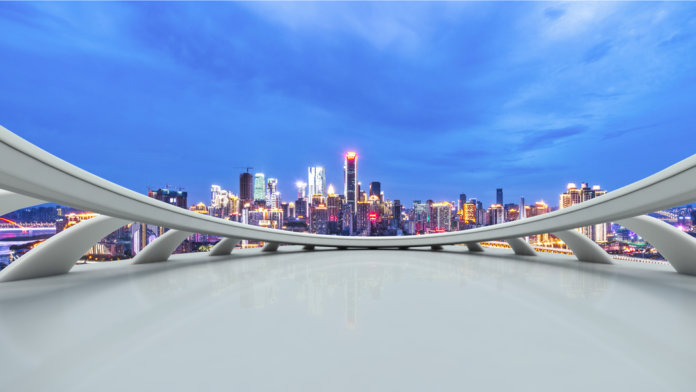 Humanity has come a long way since the very first cities began to emerge about ten thousand years ago. Today, places like New York, Tokyo and Dubai are centers of innovation and human progress. Urban projects globally are pushing the limits of engineering, design and architecture. Exponential technologies are being integrated into the very skeleton of human civilization. Above all, we are seeing an emergence of futuristic societies with an inspiring vision for humanity.

From the man-made Palm Islands in Dubai to the Shanghai tower in China, cities are home to the world’s most impressive engineering feats. They continue to compete with one another for taller skyscrapers, faster transportation systems and cleaner energy sources.

Exponential technologies are revolutionizing the future of infrastructure and disrupting the construction industry in the process. Dubai recently announced the opening of the first ever 3D printed office, and Amsterdam may soon be home to the first ever 3D printed bridge. With greater convenience, innovative design capabilities and reduced waste, 3D printing may dramatically bring down the cost of quality infrastructure. Given that funding has been a major bottleneck for enabling better infrastructure in many countries, including the US, this could be a liberating tool.

Another major force that will transform the urban landscape is the emergence of the Internet of Things. City-wide systems would use wireless signals to gather data from objects like trash cans, lights and even entire buildings. In a project entirely crowdsourced by citizens, Amsterdam is set to implement “The Things Network”, joining Taipei and Brasilia to become one of many emerging smart cities.

The applications of such “smart” cities are revolutionary. Many big players such as IBM and Cisco are developing data-driven systems for urban planning, transportation, energy, law enforcement and much more. Barcelona alone has experienced a $58 million annual savings by using smart water meters. Imagine the potential if this kind of data-driven technology was applied to every city in the world, in every possible domain. City officials could plan for efficient energy usage, optimal transportation and minimal pollution levels.

Naturally, many concerns have been raised about privacy and autonomy with the overflow of information. Big city data will certainly transform official urban decision-making and even how politicians choose to interact with their citizens. While there is certainly value for the big data from cities to improve the lives of its citizens, it may also serve as an exploitable tool to private organizations and marketing agencies.

With the rise of technology comes increasing mobilization. Many prototypes of self-driving cars are already being tested in California and autonomous transport pods are running in Masdar City, Abu Dhabi. This increasing mobilization is expected both within and between major cities in the world. Perhaps one of the most anticipated projects is Elon Musk’s hyperloop, a 500mph train that will travel between Dubai and Abu Dhabi, two cities in the United Arab Emirates 120 kilometers apart, in less than 12 minutes.

The increased connectedness between cities is not only a matter of physical mobility, but digital awareness as well. Dennis Frenchman, from the MIT Department of Urban Studies and Planning, has said, “Digital technology has put a nervous system into the planet, so we can actually feel the pain in China. This is a global level of consciousness and interdependence that we just never had before.” It is clear that world’s cities are becoming increasingly interconnected, both physically and digitally.

As climate change becomes a growing threat against our species, humanity is faced with significant decisions. Many cities are integrating multiple solutions that involve sustainable infrastructure, cleaner transportation and renewable energy sources.

In the realm of renewable energy, the price of solar power alone is dropping to unprecedented lows. The cost of solar panels is expected to fall by 10 percent every year. In some countries, wind energy is a cheaper source than coal. Many cities are embracing these trends and integrating them into their urban development. Copenhagen, the most eco-friendly city in the world, is set to be carbon neutral by 2025, leading the way for all other major cities to follow in its footsteps.

In Abu Dhabi, Masdar City is one of the first zero-carbon, zero-emission and zero-car cities. One of its many notable features is a 45-meter-high wind tower that keeps desert temperatures as low as 20C when it’s 35C in other parts of the country. This is a step towards climate-controlled cities. The city is also designed to be a hub for innovative cleantech companies and clean energy research facilities.

The “greenification” of cities is also being led by the emergence of vertical farms. These vertical forests aren’t only aesthetically pleasing, they solve a crucial problem. By the year 2050, two thirds of the world’s population will be living in cities, and as the global population continues to increase, more land will be required to feed them.

Vertical farming could be a solution for cities to grow sustainably, with advantages like increased crop production and energy sustainability. Developers from many local governments around the world, including New York, Paris and Bangalore have expressed interest in integrating vertical farming projects within their cities.

Cities are considered to be the center of development. As technological growth allows for an increased quality of life, access to resources and inter-connectedness, we will see an acceleration in innovation. This innovation may not simply be technological, but societal as well. Research has consistently shown that bigger, denser, and more affluent cities are some of the more tolerant places in the world. Cities are known to be the places most welcome to immigrants, artists and institutions. Cities from San Diego to London are investing in innovation hubs, which not only create jobs and boost the economy, but also integrate the very culture of innovation into their communities.

Above all, cities demonstrate that any goal within the laws of physics is possible. They continue to push the boundaries of human progress in all domains, whether it be creative, technological or societal. Pushing these boundaries will undoubtedly have a profound impact on citizens’ mindsets. The prime minister of Dubai, Sheikh Mohammad bin Rashid Al Maktoum, said it best: “The future belongs to those who can imagine it, design it, and execute it. It isn’t something you await, but rather create.”