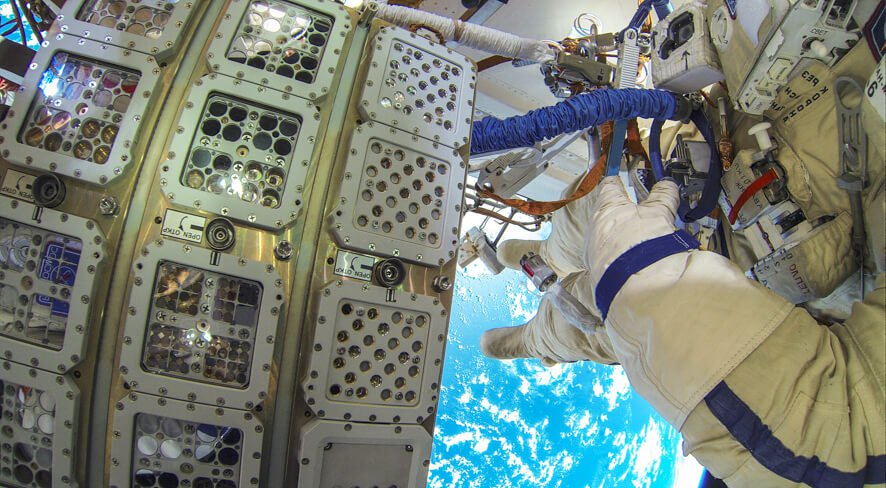 Living life on the edge isn’t just a motto for extreme athletes.

Our planet is literally crawling with organisms that have somehow adapted to living in extreme environments, from the frigid waters surrounding Antarctica to mantle rocks thrust above the seafloor to crystal-encrusted caves.

Scientists have a name for critters that live in the most inhospitable corners of the world: extremophiles. Here I profile five extremophiles whose ability to survive in unthinkable places isn’t just a cool National Geographic snapshot. Each one has something to teach us about how we might further explore the solar system, learn about the evolution of our planet, or even advance medical science.

What it is: Two strains of cryophilic algae. One is a green algal strain (Sphaerocystis genus) found in Svalbard, Norway, the other a blue-green cyanobacterium (Nostoc genus) from Antarctica.

What it does: The cryophilic algae—cold-loving species with special adaptations such as the ability to survive extreme desiccation—were transported to the International Space Station. There they were exposed to extreme temperature fluctuations in the vacuum of space, not to mention considerable ultraviolet and cosmic radiation. Not only did all but one specimen survive this extended stay in low-Earth orbit, but the Norwegian strains grew new populations. Researchers are now studying whether the long-term radiation exposure damaged algae DNA.

Why it’s important: Astronauts—or even colonists—on a mission to Mars won’t be able to survive on potatoes alone, despite what we might see in films like “The Martian.” Algae are a good source of protein, and hardier strains could be grown in special greenhouses, according to researchers at the Fraunhofer-Institute in Potsdam, which led the research.

The scientists at Fraunhofer also say that the ability of algae to survive—and even thrive—in space could bolster theories that life on Earth originated from space. The concept, known as panspermia, suggests that the seeds of life rode to the planet on meteorites.

What it is: Paenibacillus sp. LC231 is a bacteria found in Lechuguilla Cave, located within Carlsbad Caverns National Park in New Mexico, where it has enjoyed a lightless existence for at least four million years.

What it does: The Lechuguilla bacteria has shown resistance to most antibiotics used today, including drugs of last resort, such as daptomycin, according to research published in Nature Communications. The researchers found that Paenibacillus is resistant to 18 different antibiotics. Its defense mechanisms are identical to similar species found in soils. That means the genetic basis for antibiotic resistance existed well before humans started using drugs to treat disease.

Why it’s important: The researchers identified five resistant elements, which they now realize are widespread, that could become pathogenic. That’s the bad news. The good news is that the discovery gives scientists time to develop drugs to overcome these different types of resistance—decades before pathogens ever become dangerous.

“The diversity of antibiotic resistance and its prevalence in microbes across the globe should be humbling to everyone who uses these lifesaving drugs,” says Gerry Wright, co-author on the paper and scientific director of McMaster’s Michael G. DeGroote Institute for Infectious Disease Research, in a press release.

What it is: Dormant microbes that have been locked inside giant crystals of the Naica cave system in Mexico for up to 50,000 years. Science writer Seth Borensetin wrote that the 40 different strains of microbes (along with a few viruses) are far removed from their nearest relatives, with 10 percent different genetic material.

What it does: That’s still under investigation. Researchers just presented their work at this month’s annual meeting of the American Association for the Advancement of Science (AAAS). Like the organisms in Lechuguilla Cave, these bugs derive their energy chemosynthetically, chewing on rocks and minerals.

Why it’s important: Life in other worlds likely won’t be aliens with almond-shaped eyes, but microbes that exist on a chemosynthetic diet.

Says Penelope Boston, director of NASA’s Astrobiology Institute, who presented the research at AAAS: “The astrobiological link is obvious in that any extremophile system that we’re studying allows us to push the envelope of life further on Earth, and we add it to this atlas of possibilities that we can apply to different planetary settings.”

What it is: A diverse microbial community found in rock cores taken from an underwater mountain, Atlantis Massif, which rises about 14,000 feet from the seafloor in the Atlantic Ocean. They were discovered during an international research expedition involving 13 countries.

What it does: Tectonic activity in the geologically active area has pushed mantle rocks from deep within the Earth closer to the surface. When exposed to seawater, these highly reactive rocks undergo a process called serpentinization. In samples of the serpentine materials, scientists found evidence for hydrogen and methane, which microbes metabolize to grow and form new cells. This is yet another example of life existing far from the photosynthetic world that we understand.

Why it’s important: The microbes of Atlantis Massif offer another possible scenario of how life might exist in other worlds. In addition, these microorganisms point the way to how life might have evolved on early Earth.

What it is: A family of fish called Channichthyidae that live in the Southern Ocean that surrounds Antarctica, where the average water temperature is about 28 degrees Fahrenheit. The high salinity content of the ocean prevents the water from freezing.

What it does: To live in such harsh conditions requires special adaptations. The Channichthyidae, also known as icefish, have antifreeze glycoproteins that keep ice crystals from forming in their blood. Many also evolved without swim bladders, which helps control buoyance in the water. To compensate, icefish have fatty tissue and little bone density. However, what really sets this family of fish apart from others in the Southern Ocean is that they lack hemoglobin, the protein that carries oxygen to the body’s cells. Fortunately for these white-blooded fish, polar waters are rich in oxygen.

Why it’s important: Studying these “bloodless” fish might offer many insights into medical science, according to polar researchers. For example, hemoglobin is a protein that contains iron, which promotes the formation of cell-ravaging free radicals that cause oxidative stress. Diseases like Parkinson’s and Alzheimer’s, among others, are associated with oxidative stress. Lacking hemoglobin, icefish offer a possible model on how to reduce problems caused by molecules run amok. Icefish can also serve as an example—with its low bone density—for studying bone development and osteoporosis.

The study of extremophiles isn’t just about understanding mother Earth. These organisms that live in impossible places may someday help us to understand new places beyond this planet, discover miracle drugs or even survive the hazards of deep space.

As Dr. Ian Malcolm so famously proclaims in “Jurassic Park”: Life will find a way.

Special thanks to Steven Profaizer, director of communications at Bigelow Laboratory for Ocean Sciences, and Kelly Siman, Ph.D Biomimicry Fellow at the University of Akron, for their help in compiling this list.