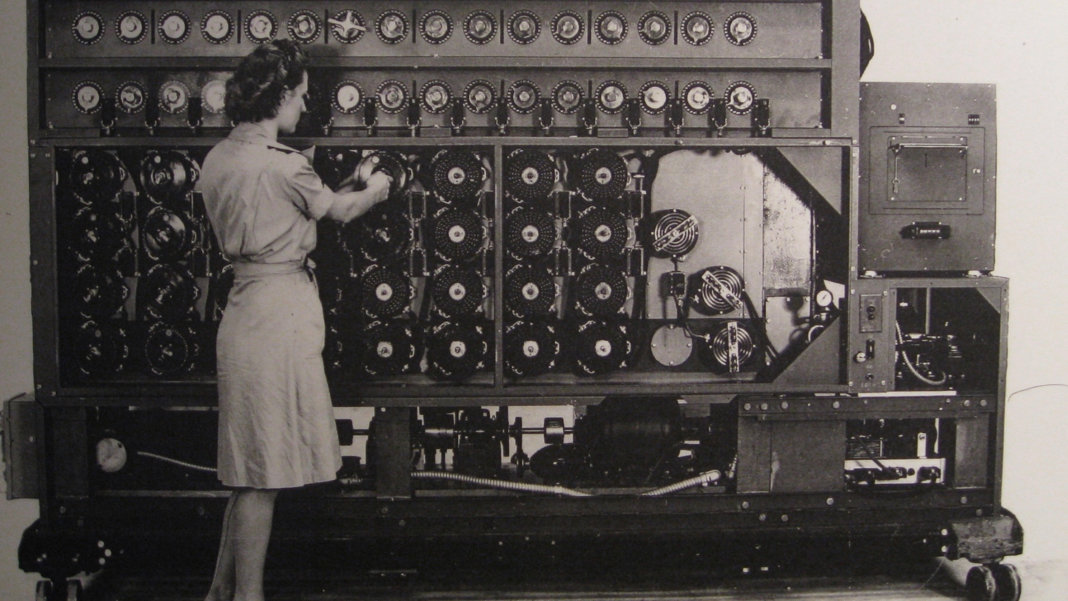 Two basic types of encryption schemes are used on the internet today. One, known as symmetric-key cryptography, follows the same pattern that people have been using to send secret messages for thousands of years. If Alice wants to send Bob a secret message, they start by getting together somewhere they can’t be overheard and agree on a secret key; later, when they are separated, they can use this key to send messages that Eve the eavesdropper can’t understand even if she overhears them. This is the sort of encryption used when you set up an online account with your neighborhood bank; you and your bank already know private information about each other, and use that information to set up a secret password to protect your messages.

The second scheme is called public-key cryptography, and it was invented only in the 1970s. As the name suggests, these are systems where Alice and Bob agree on their key, or part of it, by exchanging only public information. This is incredibly useful in modern electronic commerce: if you want to send your credit card number safely over the internet to Amazon, for instance, you don’t want to have to drive to their headquarters to have a secret meeting first. Public-key systems rely on the fact that some mathematical processes seem to be easy to do, but difficult to undo. For example, for Alice to take two large whole numbers and multiply them is relatively easy; for Eve to take the result and recover the original numbers seems much harder.

Public-key cryptography was invented by researchers at the Government Communications Headquarters (GCHQ) — the British equivalent (more or less) of the US National Security Agency (NSA) — who wanted to protect communications between a large number of people in a security organization. Their work was classified, and the British government neither used it nor allowed it to be released to the public. The idea of electronic commerce apparently never occurred to them. A few years later, academic researchers at Stanford and MIT rediscovered public-key systems. This time they were thinking about the benefits that widespread cryptography could bring to everyday people, not least the ability to do business over computers.

Now cryptographers think that a new kind of computer based on quantum physics could make public-key cryptography insecure. Bits in a normal computer are either 0 or 1. Quantum physics allows bits to be in a superposition of 0 and 1, in the same way that Schrödinger’s cat can be in a superposition of alive and dead states. This sometimes lets quantum computers explore possibilities more quickly than normal computers. While no one has yet built a quantum computer capable of solving problems of nontrivial size (unless they kept it secret), over the past 20 years, researchers have started figuring out how to write programs for such computers and predict that, once built, quantum computers will quickly solve ‘hidden subgroup problems’. Since all public-key systems currently rely on variations of these problems, they could, in theory, be broken by a quantum computer.

Cryptographers aren’t just giving up, however. They’re exploring replacements for the current systems, in two principal ways. One deploys quantum-resistant ciphers, which are ways to encrypt messages using current computers but without involving hidden subgroup problems. Thus they seem to be safe against code-breakers using quantum computers. The other idea is to make truly quantum ciphers. These would ‘fight quantum with quantum’, using the same quantum physics that could allow us to build quantum computers to protect against quantum-computational attacks. Progress is being made in both areas, but both require more research, which is currently being done at universities and other institutions around the world.

Yet some government agencies still want to restrict or control research into cryptographic security. They argue that if everyone in the world has strong cryptography, then terrorists, kidnappers and child pornographers will be able to make plans that law enforcement and national security personnel can’t penetrate.

But that’s not really true. What is true is that pretty much anyone can get hold of software that, when used properly, is secure against any publicly known attacks. The key here is ‘when used properly’. In reality, hardly any system is always used properly. And when terrorists or criminals use a system incorrectly even once, that can allow an experienced codebreaker working for the government to read all the messages sent with that system. Law enforcement and national security personnel can put those messages together with information gathered in other ways — surveillance, confidential informants, analysis of metadata and transmission characteristics, etc — and still have a potent tool against wrongdoers.

In his essay ‘A Few Words on Secret Writing’ (1841), Edgar Allan Poe wrote: ‘[I]t may be roundly asserted that human ingenuity cannot concoct a cipher which human ingenuity cannot resolve.’ In theory, he has been proven wrong: when executed properly under the proper conditions, techniques such as quantum cryptography are secure against any possible attack by Eve. In real-life situations, however, Poe was undoubtedly right. Every time an ‘unbreakable’ system has been put into actual use, some sort of unexpected mischance eventually has given Eve an opportunity to break it. Conversely, whenever it has seemed that Eve has irretrievably gained the upper hand, Alice and Bob have found a clever way to get back in the game. I am convinced of one thing: if society does not give ‘human ingenuity’ as much room to flourish as we can manage, we will all be poorer for it.