What We’re Learning From a Big Universal Basic Income Experiment 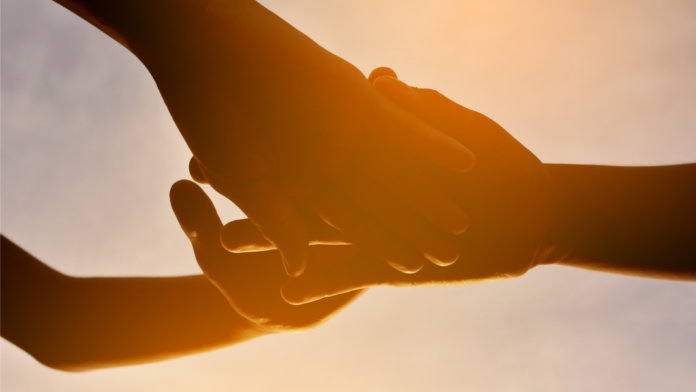 But I am concerned that AI and robotics will massively impact the future of work.

McKinsey & Co. predicts that 45 percent of jobs today will be automated out of existence in only 20 years.

This weighs on me.

While the magnitude of the coming change doesn’t bother me, it’s the speed of the change I’m worried about.

This is a post about one mechanism to buffer the impact of rapid technological unemployment.

In this post, I’ll make the case for universal basic income (UBI) and unpack some of the common misconceptions of giving money away for free.

Today, there are 700 million people around the world living in extreme poverty (defined by the World Bank as $1.25/day (in 2005 prices)).

According to the Brookings Institute, just $80 billion would lift all of them out of extreme poverty.

We spend twice this amount in global aid every year. If only we could give the funds directly to the people who need it most.

In a recent Abundance 360 webinar, I interviewed Michael Faye, the co-founder of GiveDirectly, who presented some compelling data about the disruption of philanthropy through peer-to-peer aid.

GiveDirectly is the largest UBI experiment to date.

Over the next 12 years, GiveDirectly is running a controlled trial across 4 villages in Kenya, with more than 26,000 participants.

In addition to a control group, one village will receive a regular basic income for 12 years, another for 2 years, and yet another will receive a single lump sum equivalent to 2 years’ worth of income.

Within each village, everyone (man, woman and child) receives the same equal payment of roughly 75 cents per day regardless of their current wealth.

Incredibly, since launching the experiment in 2012, GiveDirectly has distributed more than $100 million in total donations for people in extreme poverty.

The data they are accumulating on the efficacy of UBI is incredible.

Here are the top three takeaways from our conversation.

1. Philanthropy is ripe for disruption

Most of today’s billion-dollar non-profits and NGOs are incredibly inefficient and bureaucratic.

Michael estimates only about “15–20 percent of donations” actually get to recipients, adding that in many cases “the current system is so complex that many of the agencies themselves don’t know the actual number.”

Many programs and donations are in-kind items, such as foods, which are often resold at a discount because the recipients simply don’t want them.

By giving cash instead of goods, combined with its mobile-enabled technology stack, GiveDirectly flips that ratio.

For every dollar, 90 cents end up in the hand of the recipient.

As a society, we underestimate the ability of the poor to make decisions in their best interest.

We want to prescribe who gets what, how much, and under what conditions.

For example, Michael asks, “If you ask a child whether they’d prefer to give a poor person a cow, or give them money?” They typically respond that it’s better to give a cow. It feels better.

We are also hesitant to give cash for fear that it will lead to increased substance abuse, or lead to laziness.

However, well-documented studies consistently show that cash transfers tend to:

For example, in Sri Lanka, a study of one-time transfers found that men’s annual income had increased by 64–96 percent of the grant amount after five years.

In Uganda, 4 years after a small one-time donation, recipients were earning 41 percent more than those who had not received the donation.

Looking at over 160 studies across 30 countries and 56 cash transfer programs, the Overseas Development Institute recently performed a meta analysis, finding positive results across areas such as education, health and nutrition, savings and investment, and employment.

Specific to health, studies have found:

Technological unemployment is coming fast, and it has the potential to lead to significant social unrest.

We need to be proposing and running experiments to validate solutions that work across geographies and cultures at scale.

UBI is one idea. I salute the passionate entrepreneurs who are launching experiments to uncover their solutions.

What will you do to make an impact?

We have the raw materials to create a world of abundance. Let’s get to work.