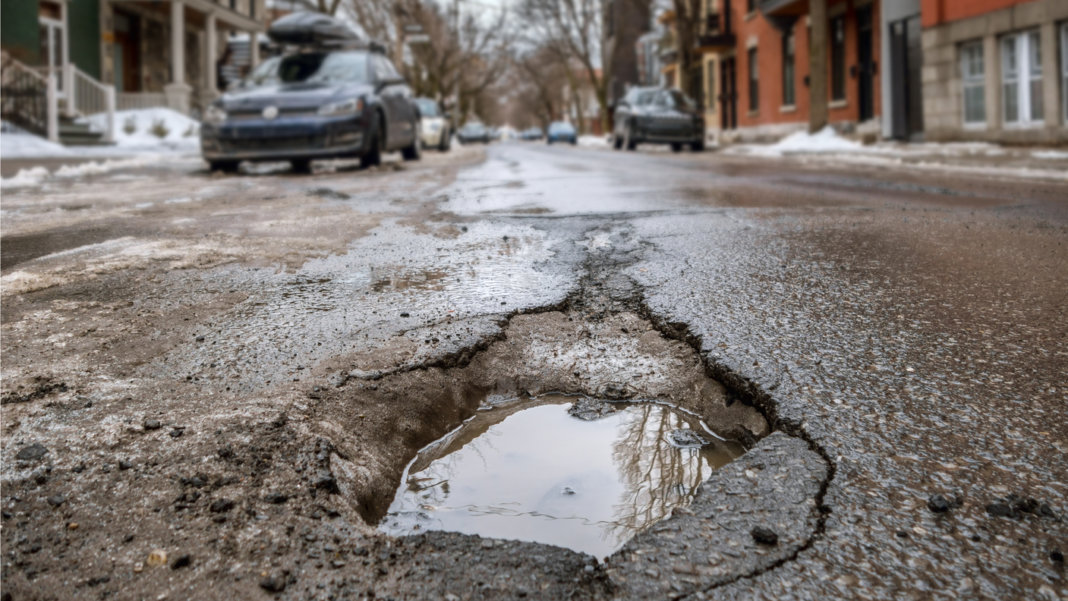 Have Scientists Discovered the Cure for Potholes?
Angela Chen | The Verge
“Self-healing asphalt has been tested on 12 different roads in the Netherlands, and one of these has been functioning and open to the public since 2010. All are still in perfect condition, but Schlangen notes that even normal asphalt roads are fine for about seven to 10 years and that it’s in upcoming years that we’ll really start to see the difference. He estimates that the overall cost of the material would be 25 percent more expensive than normal asphalt, but it could double the life of the road.”

The Little Robot That Taught the Big Robot a Thing or Two
Matt Simon | WIRED
“New research out today from the MIT Computer Science and Artificial Intelligence Laboratory takes a big step toward making such seamless transfers of knowledge a reality. It all begins with a little robot named Optimus and its friend, the famous 6-foot-tall humanoid Atlas.”

A Cheap, Simple Way to Make Anything a Touch Pad
Rachel Metz | MIT Technology Review
“Researchers at Carnegie Mellon University say they’ve come up with a way to make many kinds of devices responsive to touch just by spraying them with conductive paint, adding electrodes, and computing where you press on them…Called Electrick, it can be used with materials like plastic, Jell-O, and silicone, and it could make touch tracking a lot cheaper, too, since it relies on already available paint and parts, Zhang says.”

A New 3D Printing Technology Uses Electricity to Create Stronger Objects for Manufacturing
Brian Heater | TechCrunch
“FuseBox’s thrust is simultaneously dead simple and entirely complex, but at the most elementary level, it utilizes heat and electricity to increase the temperature of the material before and after each level is deposited. This serves to strengthen the body of the printed product where it’s traditionally weakest during the FDM (fused deposition modeling) print – the same layer-by-layer technology employed by MakerBot and the majority of desktop 3D printers.”

What Is America’s Secret Space Shuttle For?
Marina Koren | The Atlantic
“The news that the military had a space shuttle quietly orbiting Earth for more than 700 days came as a surprise to some. Why didn’t we know about this thing, the reaction seemed to go. The reaction illustrated the distinct line between the country’s civilian and military activities in space, and how much the general public knows about each.”