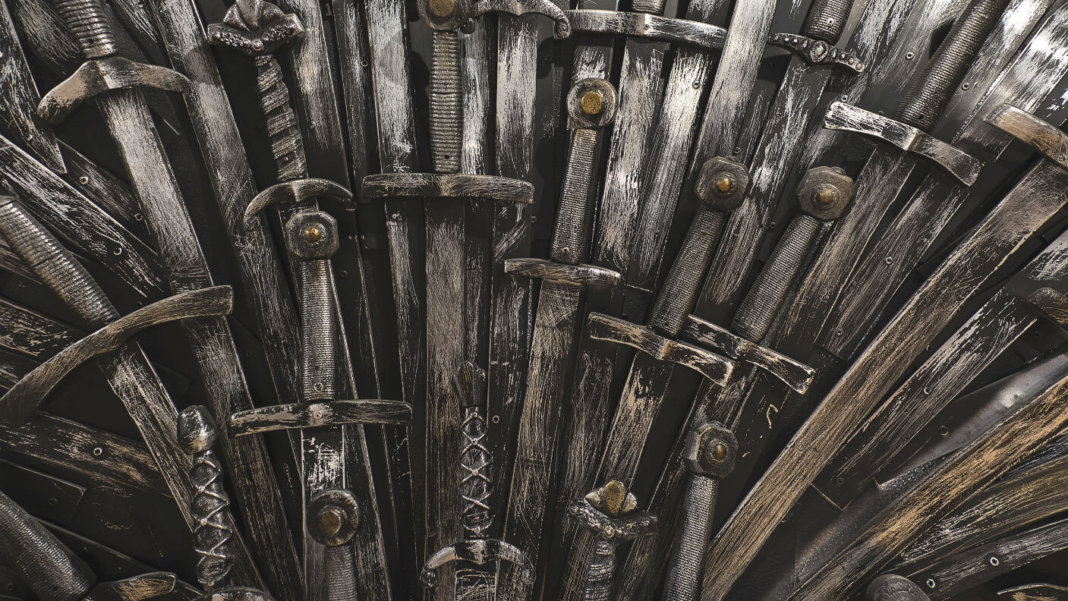 You’re probably wondering what Game of Thrones has to do with chatbots and artificial intelligence. Before I explain this weird connection, I need to warn you that this article may contain some serious spoilers. Continue with your reading only if you are a passionate GoT follower, who watches new episodes immediately after they come out.

Why are chatbots so important anyway?

According to the study “When Will AI Exceed Human Performance?,” researchers believe there is a 50% chance artificial intelligence could take over all human jobs by around the year 2060. This technology has already replaced dozens of customer service and sales positions and helped businesses make substantial savings.

Apart from the obvious business advantages, chatbot creation can be fun. You can create an artificial personality with a strong attitude and a unique set of traits and flaws. It’s like creating a new character for your favorite TV show. That’s why I decided to explain the most important elements of the chatbot creation process by using the TV characters we all know and love (or hate).

Why Game of Thrones?

Game of Thrones is the most popular TV show in the world. More than 10 million viewers watched the seventh season premiere, and you have probably seen internet users fanatically discussing the series’ characters, storyline, and possible endings.

Apart from writing about chatbots, I’m also a GoT fanatic, and I will base this chatbot on one of the characters from my favorite series. But before you find out the name of my bot, you should read a few lines about incredible free tools that allow us to build chatbots without coding.

Today, you can create a chatbot even if you don’t know how to code. Most chatbot building platforms offer at least one free plan that allows you to use basic functionalities, create your bot, deploy it to Facebook Messenger, and analyze its performance. Free plans usually allow your bot to talk to a limited number of users.

Why should you personalize your bot?

Every platform will ask you to write a bot’s name before you start designing conversations. You will also be able to add the bot’s photograph and bio. Personalizing your bot is the only way to ensure that you will stick to the same personality and storyline throughout the building process. Users often see chatbots as people, and by giving your bot an identity, you will make sure that it doesn’t sound like it has multiple personality disorder.

I think connecting my chatbot with a GoT character will help readers understand the process of chatbot creation.

And the name of our GoT chatbot is…

…Cersei. She is mean, pragmatic, and fearless and she would do anything to stay on the Iron Throne. Many people would rather hang out with Daenerys or Jon Snow. These characters are honest, noble and good-hearted, which means their actions are often predictable.

Cersei, on the other hand, is the queen of intrigues. As the meanest and the most vengeful character in the series, she has an evil plan for everybody who steps on her toes. While viewers can easily guess where Jon and Daenerys stand, there are dozens of questions they would like to ask Cersei. But before we start talking to our bot, we need to build her personality by using the most basic elements of chatbot interaction.

The welcome message is the greeting Cersei says to every commoner who clicks on the ‘start conversation’ button. She is not a welcoming person (ask Sansa), except if you are a banker from Braavos. Her introductory message may sound something like this:

“Dear {{user_full_name}}, My name is Cersei of the House Lannister, the First of Her Name, Queen of the Andals and the First Men, Protector of the Seven Kingdoms. You can ask me questions, and I will answer them. If the question is not worth answering, I will redirect you to Ser Gregor Clegane, who will give you a step-by-step course on how to talk to the Queen of Westeros.”

In the bot game, users, bots, and their creators often need to learn from failed attempts and mistakes. The default message is the text Cersei will send whenever you ask her a question she doesn’t understand. Knowing Cersei, it would sound something like this:

To avoid calling out the Mountain every time someone asks her a question, Cersei might give you a few (safe) options to choose. The best way to do this is by using a menu function. We can classify the questions people want to ask Cersei in several different categories:

After users choose a menu item, Cersei can give them a default response on the topic or set up a plot that will make their lives miserable. Knowing Cersei, she will probably go for the second option.

This feature allows us to build a longer Cersei-to-user interaction. The structure of stories and blocks is different on every chatbot platform, but most of them use keywords and phrases for finding out the user’s intention.

“Dragons are not invulnerable as you may think. Maester Qyburn is developing a weapon that will bring them down for good!”

“White Walkers? Do you think the Queen of Westeros has enough free time to think about creatures from fairy tales and legends?”

“Of course not, Euron is a useful idiot. I will use his fleet and send him back to the Iron Islands, where he belongs.”

We have already asked Cersei several questions, and now she would like to ask us something. She can do so by using the form/user input feature. Most tools allow us to add a question and the criteria for checking the users’ answer. If the user provides us the answer that is compliant to the predefined form (like email address, phone number, or a ZIP code), the bot will identify and extract the answer. If the answer doesn’t fit into the predefined criteria, the bot will notify the user and ask him/her to try again.

If Cersei would ask you a question, she would probably want to know your address so she could send her guards to fill your basement with barrels of wildfire.

If you have problems building your first chatbot, templates can help you create the basic conversation structure. Unfortunately, not all platforms offer this feature for free. Snatchbot currently has the most comprehensive list of free templates. There you can choose a pre-built layout. The template selection ranges from simple FAQ bots to ones created for a specific industry, like banking, airline, healthcare, or e-commerce.

Most tools also provide plugins that can be used for making the conversations more meaningful. These plugins allow Cersei to send images, audio and video files. She can unleash her creativity and make you suffer by sending you her favorite GoT execution videos.

With the help of integrations, Cersei can talk to you on Facebook Messenger, Telegram, WeChat, Slack, and many other communication apps. She can also sell her fan gear and ask you for donations by integrating in-bot payments from PayPal accounts. Her sales pitch will probably sound something like this:

“Gold wins wars! Would you rather invest your funds in a member of a respected family, who always pays her debts, or in the chaotic war endeavor of a crazy revolutionary, whose strength lies in three flying lizards? If your pockets are full of gold, you are already on my side. Now you can complete your checkout on PayPal.”

Chatbot building is now easier than ever, and even small businesses are starting to use the incredible benefits of artificial intelligence. If you still don’t believe that chatbots can replace customer service representatives, I suggest you try to develop a bot based on your favorite TV show, movie or book character and talk with him/her for a while. This way, you will be able to understand the concept that stands behind this amazing technology and use it to improve your business.

Now I’m off to talk to Cersei. Maybe she will feed me some Season 8 spoilers.

This article was originally published by Chatbots Magazine. Read the original post here.