This ‘Living Touch Screen’ Is Made out of Bacteria and Gold 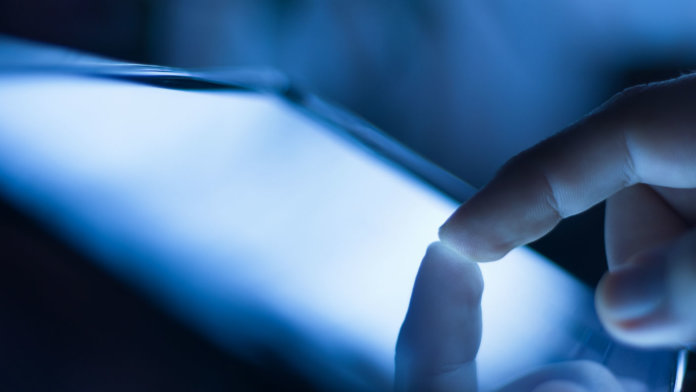 When it comes to touch screen devices, “grow” isn’t the first verb that comes to mind. After all, smartphones and their silicon-based inorganic brethren are built. Growing, in contrast, is a superpower that graces us living creatures—the organic world.

But now, thanks to a team of biomedical engineers from Duke University, that line is about to be blurred.

With a dose of new genes, the team gave E. Coli—everyone’s favorite bacterial workhorse—the power to self-assemble into tiny three-dimensional domes the size of a freckle, capped with a protein that acts like Velcro.

The team then printed the bacteria onto a membrane of nutrients and lightly dusted the domes with gold particles, which grabbed onto the Velcro-like proteins.

The result? A bacteria-made, human-enhanced electrical circuit that works like the pressure sensor on our touch screens.

Basically, we’re growing a “functional device from a single cell,” says study author Dr. Lingchong You. “Fundamentally, it is no different from programming a cell to grow an entire tree.”

A demonstration of the pressure sensor built by bacteria in action as a researcher taps out some Morse code.

As wonderfully bizarre as it sounds, growing touch screens from a bacterial soup isn’t the team’s ultimate goal.

Materials scientists have long sought to blur the line between the inorganic and organic, explain Neydis Morales and Dr. Megan McClean at the University of Wisconsin-Madison, who were not involved in the work.

By supplementing the durability of inorganic materials—silicon chips, electronic circuits—with a life-like ability to adapt, these hybrid, futuristic “living materials” will have the power to change, heal, or remodel into entirely new circuits on demand.

The new study, published in Nature Biotechnology, is an “important step” in that direction, Morales and McClean say.

A Match in Heaven

To Mother Nature, the divide between the inorganic and organic world is easy to hop across.

The natural world is full of examples where living creatures combine inorganic with organic compounds to make stronger or more versatile material. Our bones, for example, are an intricately-structured mix of springy collagen proteins with sprinklings of inorganic minerals, made extremely efficiently without explicit signals from outside the body.

With the recent explosion in synthetic biology, materials scientists now have a powerful tool to copy nature’s manufacturing prowess. By tinkering with DNA—adding a chunk here, snipping some out there—scientists can drastically alter the inner workings of the cell. Previous work gave us bacteria that can secrete insulin, produce anti-malaria medicine, or “living computers” that can solve complex logic problems.

It’s Lego for scientists: if each programmable biological process is a Lego block, then the goal is to break down, rearrange, and rebuild life’s Lego constructions, in turn making the bacteria do whatever we want.

Or at least, that’s the long-term goal.

Although synthetic biology has the perfect toolbox for making hybrid materials that combine the inorganic with the organic, the researchers  ran into an “extraordinarily difficult” roadblock, says You.

The problem, he explains, is that it’s tough to “program nature to create self-organized patterns” that form the bases of those new materials.

You’s team is hardly the first to run into the pattern problem. Three years ago, a team from MIT took a crack at weaving bacteria and inorganic components into a new hybrid material that can emit fluorescent light.

Although the end product performed as expected, the process required extra signals to shuttle the components into shape. Without the team’s additional interference, the material struggled to assemble into functional circuits.

Scientists want to get rid of the need for these external cues, explain Morales and McClean. The reason is this: if the information required to form the final structure is completely contained within each bacterium cell, then they could easily change their pattern structures if the environment changes—without the need for human orders.

In other words, removing the need for outside cues—chemicals that guide the growth of bacteria, for example—is a necessary step towards living material with the ability to adapt.

To You, the workaround is theoretically simple: you have to program patterning instructions into the bacteria’s DNA, so that the genetic code can guide what goes where.

In practice, the solution is a lot more complex.

The circuitry starts like a simple “on” loop: a gene is made into a protein, which in turn encourages the gene to make even more protein. In this way, it stays active unless something flips it off.

The protein has a second role: it tells the bacterium to synthesize a small molecule. This molecule diffuses outside the cell, lands on its neighbors, and essentially acts like a “hey, I’m here” messenger.

Here’s the crux: when present in high enough levels, the molecule kicks a second set of genes into action. This process produces two types of proteins—one protein, an “off” switch, circles back to the original circuit and shuts it off.

The second, a Velcro-like structural protein dubbed “curli,” is deposited outside the cell. Like pencil sketches on a designer’s notepad, curli lays the basic three-dimensional pattern that makes up the eventual hybrid material.

The takeaway: whether or not a bacterium pumps out curli depends on its neighbors. If it has too many neighbors, all happily secreting the molecule, it triggers the “off” switch into action—no more curli.

On the other end of the spectrum, if the bacterium doesn’t have outside help secreting the “on” molecule, then the second set of genes doesn’t get on either—also no curli. Like Goldilocks, the system requires a perfectly balanced bacteria population to produce the exact structural pattern.

To combine curli with inorganic components, the team used an Inkjet printer to print the bacteria onto a membrane and soaked it into a nutritious soup.

Under the Goldilocks system, the bacteria grew into a curious structure: tiny dome-like shapes with curli decorating the outside like an overgrown chia pet.

The team coated the domes with microscopic gold particles, which grabbed onto the curli proteins. They then placed two identical membranes opposite one another, so that one dome was in near contact with its counterpart on the neighboring membrane, and wired up each dome to an LED light.

When pressed together, the gold domes made a complete circuit, causing the LEDs to light up—the heavier the pressure, the larger the current. The researchers went on to show that they could manipulate the sensitivity of the circuit to pressure by tweaking the amount of nutrients available while the bacteria was growing.

Finally, by linking together chains of domes in sequence, the team made a material similar to a touch screen that could sense where fingers were smushed on the surface.

While bacteria-based pressure sensors are interesting, the researchers stressed that far more could be made with their self-patterning system.

“We could use biologically responsive materials to create living circuits,” says study author Dr. Will Cao.

Although the bacteria in this study were killed before receiving their golden crowns, that doesn’t have to be the case. With living bacteria, “you could imagine making materials that could heal themselves and respond to environmental changes,” Cao says.

But the team acknowledges that these hybrid materials are only in their infancy.

For one, although bacteria can make intricate branching structures, we don’t know how to make them do that ourselves yet, says You. For another, we need far more types of structural proteins—in addition to curli—that can withstand changes in the environment and contamination.

But You and others in the field see the study as an important first step.

“We’re demonstrating one way of fabricating a three-dimensional structure based entirely on the principal of self-organization,” says study author Dr. Stefan Zauscher. “This approach is inspired by nature, and because nature doesn’t do this on its own, we’ve manipulated nature to do it for us.”