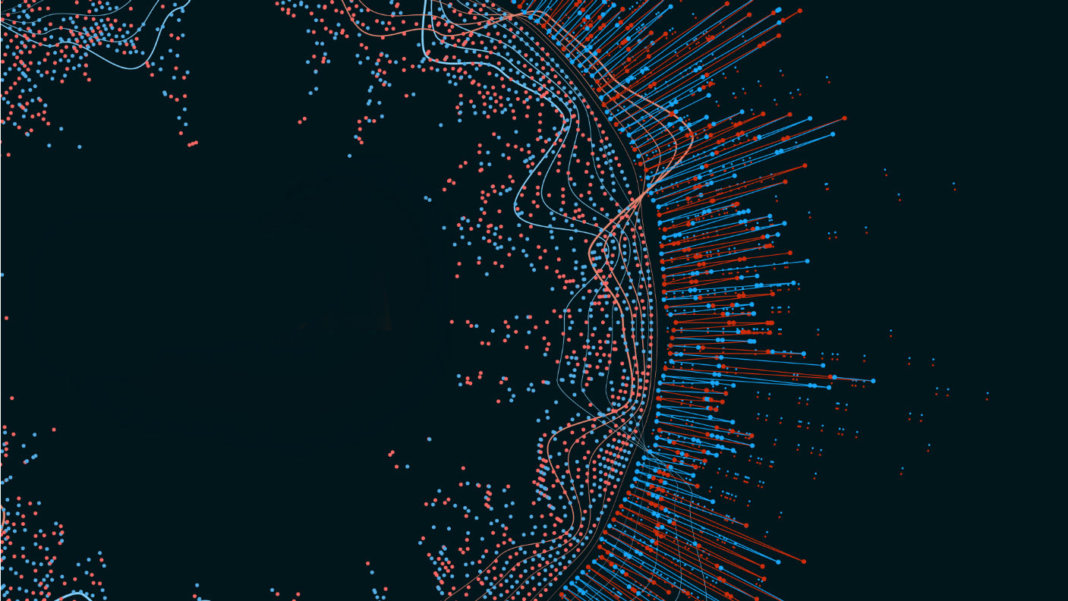 The volume of data shuttled around the internet is growing unchecked, placing ever greater burdens on our communication infrastructure. But a new device that takes advantage of the unusual properties of plasmons could tackle the problem by allowing data speeds in the hundreds of gigabits.

The latest forecast by networking giant Cisco predicts that internet traffic will triple between 2016 and 2021 to 3.3 zettabytes a year—that’s 3.3 trillion gigabytes. This growth shows little sign of slowing anytime soon, so keeping up will require continuing improvements in the speed and efficiency of the networks that deliver data around the world.

A key component in these networks is called a modulator, which converts electrical signals into optical ones. This is what allows the data produced by the electronic circuits in your computer to be converted into optical data that can then be transmitted over the fiber optic cables making up the backbone of the internet.

Scientists at ETH Zurich in Switzerland have now built a new modulator capable of speeds in excess of 100 gigabits per second that is a fraction of the size of previous technologies. And unlike most electro-optical devices, it can be fabricated entirely of metal, making it compatible with current chip-making technology.

“What we’ve shown here is the first complicated optoelectronic device, almost a circuit, that works at high speed, consumes an extremely small footprint, and is probably among the fastest in the world of its kind,” says Juerg Leuthold, professor of photonics and communications at ETH Zurich and senior author of a paper in the journal Science describing the device.

The device’s size and speed are both thanks to the fact it harnesses the properties of plasmons—quasiparticles that can be thought of as waves, or oscillations, in collections of charged particles.

In the same way that throwing a stone into water causes ripples, shining light at a metal can cause oscillations in the sea of free electrons that normally allow electrical current to flow, known as surface plasmons.

When light from a fiber optic cable is shone on the input section of the new modulator, this process converts the optical signal into a plasmonic one. By applying a voltage to the metallic device, the properties of this signal can be modified to encode information into it. The plasmonic signal is then converted back to an optical signal at the device’s output and fed into another fiber optic cable for onward transmission.

Leuthold explains that using plasmonics to carry out modulation is attractive because it overcomes the biggest limitations of electronic and optical approaches—speed and size, respectively.

The reason data is shuttled around using fiber optics is because light moves much faster than electricity and has much greater bandwidth, he says, which allows more data to be carried quicker. But the size of optical components is limited by the wavelengths of the light they carry, which measure in hundreds of nanometers.

Plasmons propagate at the speed of light and don’t experience resistance in the way electrical currents do, but they are also not limited by the wavelength of the light source, so devices can be much smaller than optical ones.

Recent advances in silicon photonics that are beginning to make it into commercial products have brought the size of optical modulators down from centimeters to millimeters, but plasmonic approaches like theirs promise to bring that down to micrometers, says Leuthold.

“This is another scaling down, going from silicon photonics and scaling down by at least a factor of a thousand,” he says.

That’s important because as well as making the modulator more compact, the physical rules governing this kind of device mean the smaller it gets the faster it can be, he adds.

Leuthold’s group demonstrated an ultra-fast plasmonic modulator two years ago, but the device still featured several glass components to guide the optical signals. Their new modulator on the other hand is fabricated from a single layer of carefully-patterned gold just 200 nanometers thick, which enabled them to make it even smaller and faster.

The new modulator clocked a top speed of 116 gigabits per second, but the researchers only stopped there because they didn’t have the equipment to test higher speeds. Importantly, the gold could be substituted for copper so the approach is compatible with the CMOS chip-making processes at the heart of modern electronics.

Anatoly Zayats, a professor of photonics and nanotechnology at King’s College London, said that previous demonstrations of plasmonic technology had tended to focus on individual components.

“Here you have a complete system with several different components integrated onto a chip,” he says. “It’s a fantastic development from the point of view of practical applications.”

While terabit per second data speeds have been clocked, Zayats says it’s important to “compare apples with apples.” Those efforts used multi-core fibers and clever tricks like multiplexing, but commercially available technology today can only manage in the tens of gigabits when employing the single channel approach used in this experiment.

The main downside to using a plasmonic approach to modulation is that it is lossy, says Leuthold, which means that the signal degrades the further it travels. He says this effect is limited in his device because it is so small that the plasmons do not have to travel far. “The secret is if you don’t need a lot of metal the losses are very low,” he adds.

Regardless, he thinks that further development may be needed to further reduce signal loss before the technology is ready for commercialization. That hasn’t stopped his group from starting work with an industrial partner to put their findings into practice.