There’s a Growing Abundance of Capital to Fund Bold Ventures 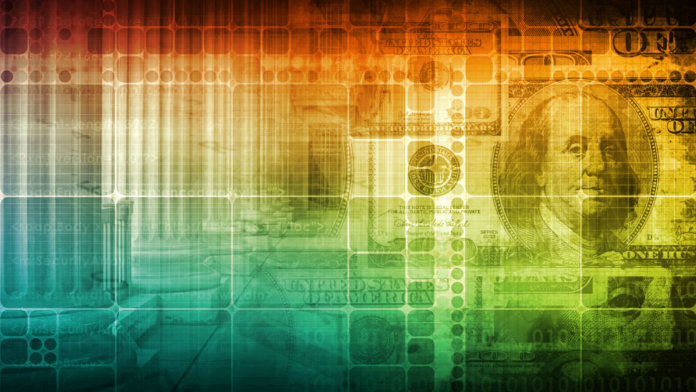 There is a growing abundance of capital to fund entrepreneurs’ massive transformative purposes (MTPs) and moonshots.

Last year, venture capitalists in the United States poured nearly $70 billion into entrepreneurs—just the tip of the iceberg.

In this post, I’ll cover three places outside of traditional venture funding where I am seeing a growing abundance of capital:

1. The Rise of Crowdfunding

Global crowdfunding has exploded onto the scene, and crowdfunding websites make it easy for anyone to market their ideas and get funded.

A 2015 report estimated the total worldwide volume of crowdfunding was $16 billion in 2014 and $34 billion in 2015, with 375 crowdfunding platforms in North America alone. World Bank predicted that crowdfunding investments will be a $96-billion-a-year market in developing countries by 2025.

Kickstarter, one of the most popular reward-based crowdsourcing platforms, has launched almost 400,000 projects and over $3 billion has been pledged on the site.

The most successful Kickstarter to date, Pebble Time, raised over $20 million in 31 days, with $7.4 million in the first day alone.

Even the Oculus Rift, the product responsible for making VR a household name, was funded initially via a Kickstarter project.

Equity crowdfunding is also taking off tremendously, with worldwide volume exceeding $4 billion in 2016 and expected to grow to $20 billion by 2020, surpassing worldwide angel capital.

Importantly, crowdsourcing democratizes funding, allowing any good idea, regardless of its origin, to become a reality. As such, Goldman Sachs described crowdfunding as “potentially the most disruptive of all the new models of finance.”

For more of my research and advice on crowdfunding, check out chapter 8 of my book Bold, where I outline 12 key steps to designing a successful crowdfunding campaign.

An initial coin offering (ICO) or token generation event (TGE) is a new fundraising tool from the cryptocurrency realm.

In some ways, ICOs and TGEs are like a crowdfunding campaign, but instead of offering a product or shares of equity in a startup, companies offer “coins” (for ICOs) or “tokens” (for TGEs), which allow their buyers to access blockchain-based software services.

Rather than pitch their service to a venture capitalist, programmers may host a TGE and sell a fixed number of their tokens to the open market (usually in exchange for bitcoin or ethereum) to fund their idea.

Consumers buy the tokens with the hope that, over time, the software or service will become widely used and increase the token’s value.

This route is especially popular for companies that aim to create decentralized platforms because, by definition, no one owns these platforms or directly profits from them.

In fact, in Q2 2017, ICOs outcompeted VC funding in virtually every regard as it relates to funding blockchain projects (see chart).

Recently, an Ethereum startup and incubator called ConsenSys has been raising eyebrows in this exciting market.

ConsenSys’s MTP is to create simplified and automated decentralized applications to facilitate peer-to-peer transactions and exchanges.

They hope to lead this revolutionary idea into the mainstream.

In September, the company launched a $50 million venture fund for startups working in blockchain technology.

I’ve noticed an uptick in funding from sovereign wealth funds to promising startups.

Sovereign wealth funds, which run over $6 trillion in assets, hope that investing at an early stage will yield outsized returns if the funded firms experience exponential growth.

Globally in 2016, there were some 42 sovereign wealth fund deals with startups worth about $16.2 billion.

The $100 billion Softbank Vision Fund plans to invest over $1 billion in Uber when it goes public.

In addition to the Vision Fund, Saudi Arabia has also made recent headlines with its Vision 2030 initiative.

Vision 2030 describes a prosperous and sustainable future for Saudi Arabia, as the Kingdom prepares for new technologies to outcompete the oil market that its economy currently relies on.

Recently, Saudi Arabia announced plans to invest $1 billion in Virgin’s space tourism companies—an exciting development for those of us who eagerly await our first trip to space.

Many countries are so convinced that the future belongs to powerful entrepreneurs with a vibrant MTP that they are pooling billions of dollars to give them a chance.

They see the potential of exponential technology and the DIY innovator, and they want a slice of the pie.

Perhaps your startup could be the next to catch the imagination of an entire country.

For entrepreneurs, this is an exciting time.

As our future continues on its exponential path, we are heading towards a growing abundance of capital, technology and opportunities, giving an entrepreneur with a vision a shot at extraordinary success and a chance to positively impact the world.

Between crowdfunding sites, ICOs, and sovereign wealth funds, there is no excuse to put off pursuing your MTP and moonshot.

The speed at which we can go from “I’ve got an idea” to “I run a billion-dollar company” is moving faster than ever.

How will you fund your next bold venture?