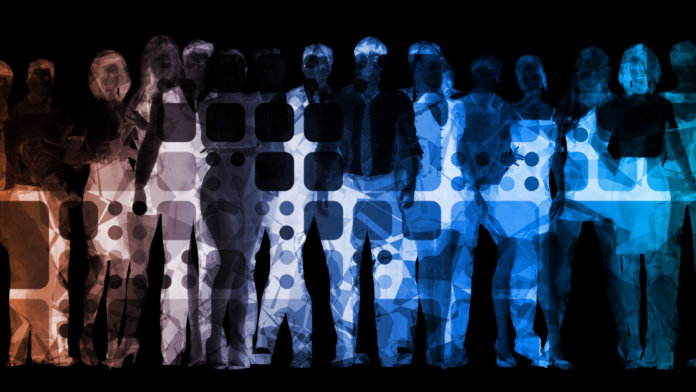 The tech industry touts its ability to automate tasks and remove slow and expensive humans from the equation. But in the background, a lot of the legwork training machine learning systems, solving problems software can’t, and cleaning up its mistakes is still done by people.

This was highlighted recently when Expensify, which promises to automatically scan photos of receipts to extract data for expense reports, was criticized for sending customers’ personally identifiable receipts to workers on Amazon’s Mechanical Turk (MTurk) crowdsourcing platform.

The company uses text analysis software to read the receipts, but if the automated system falls down then the images are passed to a human for review. While entrusting this job to random workers on MTurk was maybe not so wise—and the company quickly stopped after the furor—the incident brought to light that this kind of human safety net behind AI-powered services is actually very common.

As Wired notes, similar services like Ibotta and Receipt Hog that collect receipt information for marketing purposes also use crowdsourced workers. In a similar vein, while most users might assume their Facebook newsfeed is governed by faceless algorithms, the company has been ramping up the number of human moderators it employs to catch objectionable content that slips through the net, as has YouTube. Twitter also has thousands of human overseers.

Humans aren’t always witting contributors either. The old text-based reCAPTCHA problems Google used to use to distinguish humans from machines was actually simultaneously helping the company digitize books by getting humans to interpret hard-to-read text.

“Every product that uses AI also uses people,” Jeffrey Bigham, a crowdsourcing expert at Carnegie Mellon University, told Wired. “I wouldn’t even say it’s a backstop so much as a core part of the process.”

Some companies are not shy about their use of crowdsourced workers. Startup Eloquent Labs wants to insert them between customer service chatbots and human agents who step in when the machines fail. Many times the AI is pretty certain what particular work means, and an MTurk worker can step in and quickly classify them faster and cheaper than a service agent.

Fashion retailer Gilt provides “pre-emptive shipping,” which uses data analytics to predict what people will buy to get products to them faster. The company uses MTurk workers to provide subjective critiques of clothing that feed into their models.

MTurk isn’t the only player. Companies like Cloudfactory and Crowdflower provide crowdsourced human manpower tailored to particular niches, and some companies prefer to maintain their own communities of workers. Unlabel uses an army of 50,000 humans to check and edit the translations its artificial intelligence system produces for customers.

Most of the time these human workers aren’t just filling in the gaps, they’re also helping to train the machine learning component of these companies’ services by providing new examples of how to solve problems. Other times humans aren’t used “in-the-loop” with AI systems, but to prepare data sets they can learn from by labeling images, text, or audio.

It’s even possible to use crowdsourced workers to carry out tasks typically tackled by machine learning, such as large-scale image analysis and forecasting.

Zooniverse gets citizen scientists to classify images of distant galaxies or videos of animals to help academics analyze large data sets too complex for computers. Almanis creates forecasts on everything from economics to politics with impressive accuracy by giving those who sign up to the website incentives for backing the correct answer to a question. Researchers have used MTurkers to power a chatbot, and there’s even a toolkit for building algorithms to control this human intelligence called TurKit.

So what does this prominent role for humans in AI services mean? Firstly, it suggests that many tools people assume are powered by AI may in fact be relying on humans. This has obvious privacy implications, as the Expensify story highlighted, but should also raise concerns about whether customers are really getting what they pay for.

One example of this is IBM’s Watson for oncology, which is marketed as a data-driven AI system for providing cancer treatment recommendations. But an investigation by STAT highlighted that it’s actually largely driven by recommendations from a handful of (admittedly highly skilled) doctors at Memorial Sloan Kettering Cancer Center in New York.

Secondly, humans intervening in AI-run processes also suggests AI is still largely helpless without us, which is somewhat comforting to know among all the doomsday predictions of AI destroying jobs. At the same time, though, much of this crowdsourced work is monotonous, poorly paid, and isolating.

As machines trained by human workers get better at all kinds of tasks, this kind of piecemeal work filling in the increasingly small gaps in their capabilities may get more common. While tech companies often talk about AI augmenting human intelligence, for many it may actually end up being the other way around.