What Is It That Makes Humans Unique? 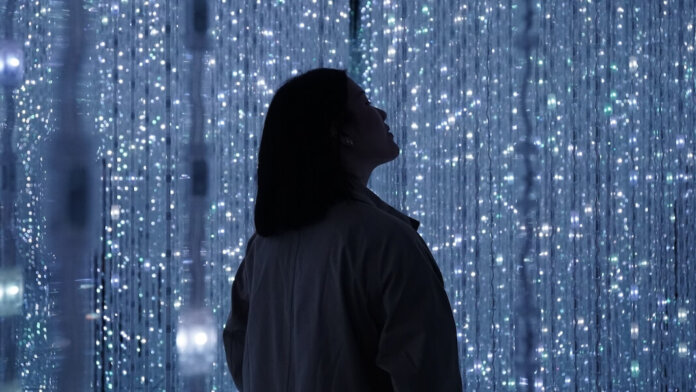 If an extraterrestrial civilization were to observe and study our planet from an objective perspective, there is no doubt that among the millions of species on Earth, homo sapiens stands out. This species sits on top of the food chain, has extended its habitats to the entire planet, and in recent centuries, experienced an explosion of technological, societal, and artistic advancements.

It’s remarkable how far we’ve come in what is a short period of time from an evolutionary perspective. Evolutionary biologist Richard Dawkins has a superb analogy to highlight this fact: Stretch your arms out to represent the span of the history of life on Earth, from the origins of life to where we are today. With this scale, the whole history of our species is represented by the thickness of one fingernail clipping. All of recorded human history is represented by the dust from one light stroke of a nail file.

One can’t help but wonder: how did our species get so far? 99.9 percent of all species that have ever lived on Earth are now extinct. Not only have we survived, we have also seen intellectual and technological progress beyond any other form of life.

So, what is it that makes us unique?

In his intellectually stimulating book, Human Purpose and Transhuman Potential, Ted Chu points out that many differences between us and other mammals are differences of degree. In other words, many of our seemingly unique traits are just exaggerated versions of traits that are already identified in other mammals and animals.

For instance, chimps kiss, laugh, lie, have in-group politics, and show goal-directed action. Ants, wolves, and dolphins all have social traits. Many primates are self-aware. Elephants cry. Capuchin monkeys have forms of monetary exchange, and so on. These are just a few examples, but the point is that many of our behaviors are actually much more advanced versions of innate “animal instincts.”

In his book, Chu identifies three “revolutionary” traits that make us unique. Naturally, there is a decent amount of debate on this topic, but many other biologists and scientists agree with him.

Symbolic abstract thinking: Very simply, this is our ability to think about objects, principles, and ideas that are not physically present. It gives us the ability for complex language. This is supported by a lowered larynx (which allows for a wider variety of sounds than all other animals) and brain structures for complex language.

But this trait not only gives us the ability to communicate symbolically, it also allows us to think symbolically, by allowing us to represent all kinds of symbols (including physical and social relationships) in our minds, independent of their presence in the physical world. As a result, internal associations of novel kinds become possible.

In Chu’s words, as a consequence of this “our mind acquires the ability to imagine, to reason, to choose among various motives, and to evaluate alternative plans to actions.” Symbolic abstract thinking has a crucial role to play in allowing us as individuals—and as a species—to be imaginative and solve complex problems.

Structure building: The ability to build physical and social structures, in addition to mental models. An extension of this ability is our capacity to share these structures or models with other members of our society—a critical component of cultural transmission.

Instead of relying on procreation to pass them on, memes (a unit for carrying cultural ideas, symbols, or practices) can be transmitted much faster than genes, through writing, speech, gestures, or rituals. They allow for cumulative knowledge and experiences that can serve as a powerful force throughout human progress.

Many of the structures we’ve built have also been used to expand our mental models beyond our biology. According to philosophers Andy Clark and David Chalmers’ theory of “the extended mind,” we use technology to expand the boundaries of the human mind beyond our skulls. We use tools like machine learning to enhance our cognitive skills or powerful telescopes to enhance our visual reach. Technology has become a part of our exoskeleton, allowing us to push beyond our limitations.

Higher consciousness: The very fact that we as human beings can write and read articles like this one and contemplate the unique nature of our mental abilities is awe-inspiring.

Such self-reflective consciousness or “meta-wondering” boosts our ability for self-transformation, both as individuals and as a species. It contributes to our abilities for self-monitoring, self-recognition and self-identification.

Where Does This Leave Us?

Our revolutionary traits stand out even more when we take a cosmic perspective. Everything in our world, including us, is made up of stardust, clumps of matter that originated in the crucibles of stars.

We are not only in the universe, but the universe is also within us. Our brains, as an extension of the universe, are now being used to understand themselves. That is why Carl Sagan has famously said “we are a way for the cosmos to know itself.” We are the only living being on Earth that can do this.

We know these are uniquely human traits. But as Chu points out, they also represent untapped potential. Some of us possess higher consciousness than others. The question that we now have to ask ourselves is, how do we cultivate higher consciousness, structural building, and symbolic abstract thinking among the masses?