The Biggest Tech Takeaways From the 2018 World Economic Forum 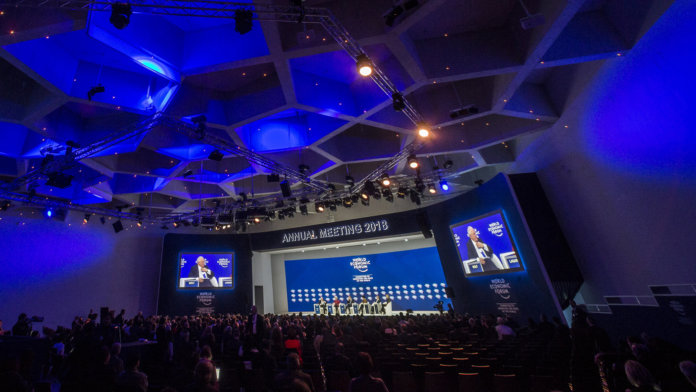 The World Economic Forum’s annual meeting in Davos, Switzerland wrapped up last week. The WEF exists to improve the state of the world by fostering cooperation between governments, NGOs, and the private sector. In recent years, technology has come more and more into focus on the Forum’s agenda, and this year was no exception.

Here’s what leaders in business and government had to say at Davos about some of the biggest tech topics facing the world today.

As you’ve probably heard by now, Google CEO Sundar Pichai said in an interview, “AI will be bigger than electricity or fire” because it has the potential to fundamentally change how we do everything—significantly, because it’s not subject to the constraints most resources are.

“AI is probably the most important thing humans have ever worked on,” said Pichai. “When you think about a lot of problems in the world, we typically have a constraint on resources. AI for the first time offers a different construct.” He also talked about the threat of weaponized AI and creating global frameworks and regulations to control the evolution of autonomous systems.

Along those same lines, during the “Future Shocks: Rogue Technology” panel Mary Cummings, the director of Duke University’s Humans and Autonomy Lab, cautioned that “technology is not a panacea.” With technology in general and AI especially, she believes we’re getting ahead of ourselves.

“AI is definitely opening up a Pandora’s Box,” she said. “Most applications of AI, particularly when it comes to autonomous vehicles, we do not understand how the algorithms work.” She added that more collaboration between academics, government, and companies is needed to understand the phase technologies are in and act accordingly.

The 2018 Global Risks report, compiled from survey data before the summit, lists “adverse consequences of technological advances” as one of the top risks societies are facing today. The report notes that automation has already disrupted the labor market, and not only will it continue to do so, it will do so in a way that’s widening the gap between rich and poor; low-skill jobs are being eliminated fastest, leaving uneducated workers without many options while adding to the bottom line of big tech companies. The report warned that this divide has repercussions beyond just economics.

Joe Kaeser, president and CEO of Siemens AG, advocated for companies taking on more social responsibility, saying their business success should correlate with the “social value” they produce. Educating and training employees would be part of that value.

Kaeser wrote, “Because the Fourth Industrial Revolution runs on knowledge, we need a concurrent revolution in training and education. Here, both government and business must join forces to provide workers with the skills and qualifications they need to participate in the digital economy.”

A Forum report published during the summit, Towards a Reskilling Revolution, provides guidance for finding productive employment for workers expected to lose their jobs to automation and other technological changes. The Forum also announced its Closing the Skills Gap initiative, a global, business-led plan to deliver new skills to 10 million workers by 2020, and its IT Industry Skills Initiative, whose SkillSET portal aims to reach one million IT workers by 2021.

During the cryptocurrency panel, titled “The Crypto-Asset Bubble,” panelists largely agreed Bitcoin shouldn’t be called a currency or treated as one. Rather, it’s an asset similar to gold. Cecilia Skingsley, deputy governor of the Swedish Central Bank, said cryptocurrencies “don’t meet the criteria to be called money. They don’t store value, they fluctuate, and they’re not at a stable rate of exchange.”

Neil Rimer, co-founder of Index Ventures SA, was more optimistic, calling cryptocurrencies “one of the most audacious, generous and profound inventions that I’ve witnessed in my career.” However, Rimer also mentioned the need for regulation around cryptocurrencies.

Bitcoin aside, the panelists were all more enthusiastic about Blockchain as a promising technology with many useful applications.

Cyberattacks and massive data fraud are among the top five global risks by perceived likelihood in the 2018 Global Risks report. The Internet of Things is expected to grow to around 20.4 billion devices by 2020, and use of cloud services will grow as well. That growth will bring us numerous benefits and conveniences, but it will simultaneously give hackers an exponentially-increasing number of targets. Beyond just stealing credit card numbers or individual identities, cybercriminals could trigger a breakdown in the systems that keep societies functioning—such as power grids.

Most significantly, the Forum announced the launch of the Global Centre for Cybersecurity. Headquartered in Geneva and opening in March, the center will function as an autonomous organization, working with governments and companies to share cybersecurity information globally, develop recommendations like the Cyber Resilience Playbook, and create regulatory frameworks.

In a panel called “In Technology We Trust?”—note the question mark—Salesforce CEO Marc Benioff stressed the need for increased regulation in the tech world, saying tech companies have mostly operated outside of regulatory oversight thus far, and that should change.

“The point of regulators and government is to come in and point true north. In the tech industry, we’ve been remarkably clear of those regulatory concerns for the whole industry’s lifespan,” he said. He called out unnamed CEOs who ‘abdicate their responsibilities and say “I had no idea this was happening.’’

British Prime Minister Theresa May devoted a portion of her Davos speech to regulation of technology companies as well, noting “when technology platforms work across geographical boundaries, no one country and no one government alone can deliver the international norms, rules, and standards for a global digital world…The status quo is increasingly unsustainable as it becomes clear these platforms are no longer just passive hosts.”

Businessman George Soros was quite straightforward in calling out Facebook and Google as “obstacles to innovation,” saying “…social media companies influence how people think and behave without them even being aware of it. This has far-reaching adverse consequences on the functioning of democracy, particularly on the integrity of elections.”

A new joint venture was launched between the Craig Newmark Foundation and the WEF to bring together internet platform giants and multi-stakeholder leaders. The initiative will be developed further this year.

In “Future Shocks: Rogue Technology,” panelist Feng Zhang, MIT neuroscience professor and one of the scientists who developed CRISPR gene editing, spoke of the promise and peril of advancing gene editing technology. “As we sequence more organisms, we can find interesting properties these organisms evolved to allow them to survive in their own environment and transfer some of those [properties] into other organisms…and prevent the extinction of species,” he said.

But he also emphasized the importance of exercising extreme caution when altering organisms’ DNA and developing a “containment mechanism” to control technologies that turn out to be dangerous for humanity.

The Forum announced a partnership between the Earth Bio-Genome Project and the Earth Bank of Codes. As part of the WEF’s Fourth Industrial Revolution for the Earth initiative, these organizations will collaborate to sequence the DNA of all life on earth, a hugely ambitious project estimated to take ten years and cost $4.7 billion.