Henry Ford didn’t invent the motor car. The late 1800s saw a flurry of innovation by hundreds of companies battling to deliver on the promise of fast, efficient and reasonably-priced mechanical transportation. Ford later came to dominate the industry thanks to the development of the moving assembly line.

Today, the sector is poised for another breakthrough with the advent of cars that drive themselves. But unlike the original wave of automobile innovation, the race for supremacy in autonomous vehicles is concentrated among a few corporate giants. So who is set to dominate this time?

I’ve analyzed six companies we think are leading the race to build the first truly driverless car. Three of these—General Motors, Ford, and Volkswagen—come from the existing car industry and need to integrate self-driving technology into their existing fleet of mass-produced vehicles. The other three—Tesla, Uber, and Waymo (owned by the same company as Google)—are newcomers from the digital technology world of Silicon Valley and have to build a mass manufacturing capability.

While it’s impossible to know all the developments at any given time, we have tracked investments, strategic partnerships, and official press releases to learn more about what’s happening behind the scenes. The car industry typically rates self-driving technology on a scale from Level 0 (no automation) to Level 5 (full automation). We’ve assessed where each company is now and estimated how far they are from reaching the top level. Here’s how we think each player is performing.

Volkswagen has invested in taxi-hailing app Gett and partnered with chip-maker Nvidia to develop an artificial intelligence co-pilot for its cars. In 2018, the VW Group is set to release the Audi A8, the first production vehicle that reaches Level 3 on the scale, “conditional driving automation.” This means the car’s computer will handle all driving functions, but a human has to be ready to take over if necessary.

Ford already sells cars with a Level 2 autopilot, “partial driving automation.” This means one or more aspects of driving are controlled by a computer based on information about the environment, for example combined cruise control and lane centering. Alongside other investments, the company has put $1 billion into Argo AI, an artificial intelligence company for self-driving vehicles. Following a trial to test pizza delivery using autonomous vehicles, Ford is now testing Level 4 cars on public roads. These feature “high automation,” where the car can drive entirely on its own but not in certain conditions such as when the road surface is poor or the weather is bad.

GM also sells vehicles with Level 2 automation but, after buying Silicon Valley startup Cruise Automation in 2016, now plans to launch the first mass-production-ready Level 5 autonomy vehicle that drives completely on its own by 2019. The Cruise AV will have no steering wheel or pedals to allow a human to take over and be part of a large fleet of driverless taxis the company plans to operate in big cities. But crucially the company hasn’t yet secured permission to test the car on public roads.

Founded as a special project in 2009, Waymo separated from Google (though they’re both owned by the same parent firm, Alphabet) in 2016. Though it has never made, sold, or operated a car on a commercial basis, Waymo has created test vehicles that have clocked more than 4 million miles without human drivers as of November 2017. Waymo tested its Level 5 car, “Firefly,” between 2015 and 2017 but then decided to focus on hardware that could be installed in other manufacturers’ vehicles, starting with the Chrysler Pacifica.

The taxi-hailing app maker Uber has been testing autonomous cars on the streets of Pittsburgh since 2016, always with an employee behind the wheel ready to take over in case of a malfunction. After buying the self-driving truck company Otto in 2016 for a reported $680 million, Uber is now expanding its AI capabilities and plans to test NVIDIA’s latest chips in Otto’s vehicles. It has also partnered with Volvo to create a self-driving fleet of cars and with Toyota to co-create a ride-sharing autonomous vehicle.

The first major car manufacturer to come from Silicon Valley, Tesla was also the first to introduce Level 2 autopilot back in 2015. The following year, it announced that all new Teslas would have the hardware for full autonomy, meaning once the software is finished it can be deployed on existing cars with an instant upgrade. Some experts have challenged this approach, arguing that the company has merely added surround cameras to its production cars that aren’t as capable as the laser-based sensing systems that most other carmakers are using.

But the company has collected data from hundreds of thousands of cars, driving millions of miles across all terrains. So, we shouldn’t dismiss the firm’s founder, Elon Musk, when he claims a Level 4 Tesla will drive from LA to New York without any human interference within the first half of 2018.

At the moment, the disruptors like Tesla, Waymo, and Uber seem to have the upper hand. While the traditional automakers are focusing on bringing Level 3 and 4 partial automation to market, the new companies are leapfrogging them by moving more directly towards Level 5 full automation. Waymo may have the least experience of dealing with consumers in this sector, but it has already clocked up a huge amount of time testing some of the most advanced technology on public roads.

The incumbent carmakers are also focused on the difficult process of integrating new technology and business models into their existing manufacturing operations by buying up small companies. The challengers, on the other hand, are easily partnering with other big players including manufacturers to get the scale and expertise they need more quickly.

Tesla is building its own manufacturing capability but also collecting vast amounts of critical data that will enable it to more easily upgrade its cars when ready for full automation. In particular, Waymo’s experience, technology capability, and ability to secure solid partnerships puts it at the head of the pack. 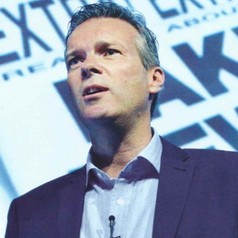