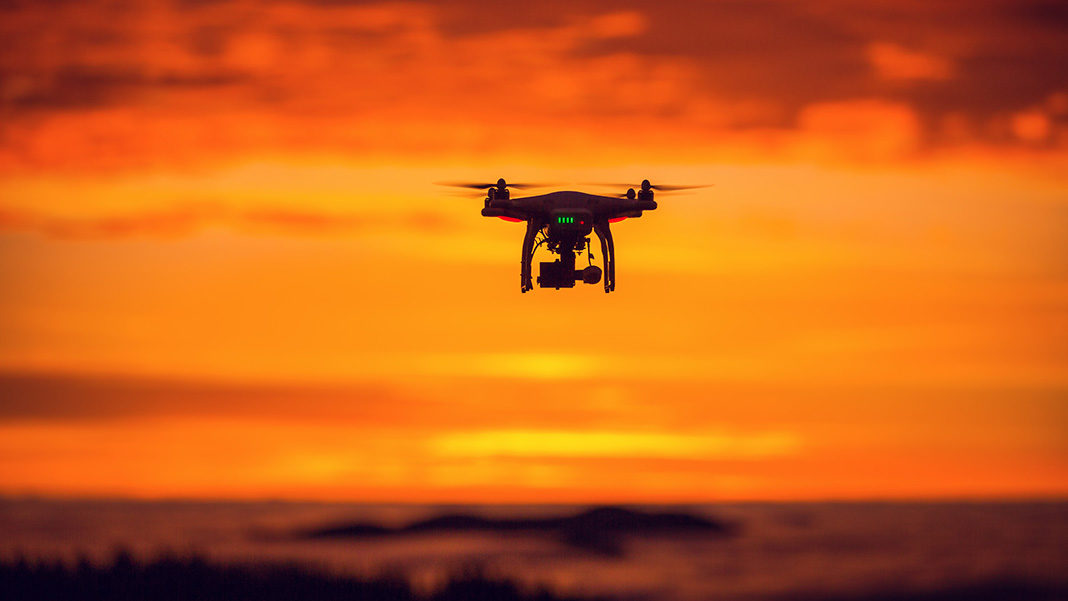 In 2014, a drone got tangled in the power lines outside a South Carolina prison carrying a small payload of marijuana and a cellphone. Police arrested a man in a nearby campsite who’d been running this smuggling operation using radio-controlled drones.

A year later, a civilian-operated drone landed inside the White House perimeter, and was followed by a YouTube drone demonstration posted by an engineering student showing his drone carrying and firing a semi-automatic handgun.

All of these incidents demonstrated the dangers of unregulated drone usage and of allowing anyone to fly one anywhere—not to mention at any speed, any altitude, with any cargo, or to any destination.

Progress on unleashing drones more widely for a range of purposes like package delivery has stalled around the world, and there is no clear-cut leader in terms of devising an air traffic control system to unleash the coming drone era. Perhaps the first such license may occur in rural areas or over water by 2019, but not in densely-populated regions or nations for a couple years or more.

In North America, some regulations are already in place involving drones of up to 55 pounds if used for fun, work, or research. They must be operated in view of a licensed pilot in an area where drones are permitted to fly.

It’s been years since drones caught public attention, and the wait has been long for many, but the drone era is poised for takeoff. It’s not a matter of if, but when. Military drones are a necessary tool of warfare, but in addition there are already millions deployed around the world for entertainment as well as non-military commercial purposes. Drones performed with Lady Gaga at the Super Bowl, and they litter toy store shelves. Commercially, they have been licensed for specialized use in health care, agriculture, law enforcement, and border surveillance, if removed from population centers.

As for drones in cities, none will be widely allowed until air traffic control systems are designed and tested. Trial systems are being operated by aviation authorities, transport authorities, governments, military, and industry partners. Their goal, a worthy one, is to safely integrate unmanned aircraft into the global airspace system without any negative impact on humans or on existing aviation.

The world’s first national drone delivery operation for medical supplies began in Rwanda, as a partnership between the country and a US startup called Zipline to deliver blood, plasma, and platelets to 20 hospitals in remote, roadless regions of the country. In June 2018, Zipline launched the world’s first and fastest delivery drone in Rwanda and Tanzania that can carry heavier medicine and supply cargo at higher altitudes, in heavy winds, or in rain.

Zipline is also involved in a pilot project in Ohio called the Workhorse. This service is being designed for the “last mile” of delivery, and it involves a dozen or so 10-pound drones loaded onto a van that parks close to destinations and acts as a control, launch, and delivery dock from its roof.

Globally, retailers, logistics companies, governments, and postal services are testing drone systems and fleets. Furthest along appears to be the United Kingdom, where some believe packages will be delivered routinely by 2019.

However, British supply chain expert Mike Danby explained why approval may not come so soon, and pointed out that there are issues other than safety. “There’s still some way to go before we see Amazon-style deliveries landing on doorsteps. There are countless issues to first overcome, particularly around infrastructure, privacy and security, and avoiding interference with the package,” he said.

Even so, Europe appears to be slightly ahead regarding “beyond site” drone regulations compared to the US, where thousands of no-go zones like airports, military bases, and “sensitive” sites are designated for protection or geo-fencing from drones. Such roadblocks have led Amazon, Google, and other companies to test their drones in the UK and Australia.

The UK’s National Air Traffic Control Service (NATS) is about to scrap a rule that prevents drone pilots from flying unmanned aerial vehicles beyond their line of sight. The Service estimates deliveries by 2019.  Other delivery pilots are underway with the Ukrainian Postal Service, as well as in North Carolina, Iceland,  and China,where e-commerce giant Alibaba was licensed to deliver packages over water to islands.

But the most complicated drone approval process involves proposals to carry passengers. In 2017, a test flight took place in New York, but the consensus among aviation experts is that passenger drones are at least five to seven years away. Drone developer CEO John Langford said in an interview he believes it’s safer to allow these aircraft than to delay them.

“I’m a huge believer that the unmanned airplane revolution will make aviation safer for everybody. That isn’t to say there won’t be accidents, but the overall level of safety will go up as the robotic stuff is introduced,” Langford said.

But he added that hacking is a concern too. “Secure networks are made by humans, so they’re not totally 100 percent perfect. You deal with it the same way you deal with all secure networks, which is, they have to be protected and there’s a high degree of encryption.”

A recent report from the National Academies of Science, Engineering and Medicine argued for quicker adoption, saying federal safety regulators need to balance the overall benefits of drones instead of treating them the same way they oversee airliners.

But airline pilots have expressed concern about more drones sharing the airspace following an incident reported in February in which a drone flew close to a Frontier Airlines jet approaching Las Vegas.

Clearly, the Wright Brothers never faced such hurdles to kickstart the era of aviation—but the airspace was empty then. Now it’s littered with flying machines, which is why unleashing tens of millions of drones into the skies cannot be allowed without careful deliberation, planning, and controls.