How Cryptocurrencies Can Influence the Future of Freedom 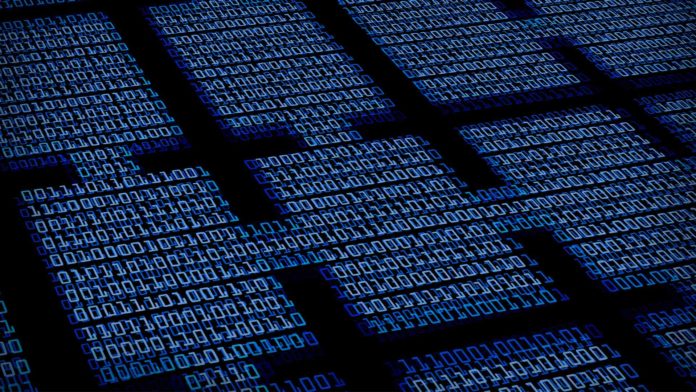 Bitcoin has steadily grown in popularity since its inception in 2009. We hear about how many people are getting rich quick from it, and how much energy it’s consuming, and how complex it is to mine.

But what we haven’t heard much about is how Bitcoin can play a role in human rights, and can give people who use it more financial and political freedom.

Alex Gladstein is chief strategy officer of the Human Rights Foundation, and he spoke about why Bitcoin matters for freedom in a talk at Singularity University’s Global Summit last week.

“It’s the first time that humans have ever had the ability to send money around the world globally without anyone being able to stop it,” he said. “You can argue that it’s the first time in our history that we have real censorship resistance.”

Gladstein feels we’re at a crossroads as a society—we’ll either go down a centralized path where our interactions are surveilled and censored, or we’ll go down a decentralized one that preserves our essential freedoms and rights.

Technology’s role is somewhat paradoxical in this crossroads; some forms can serve as a tool of control for governments or companies, while other forms put more power in the hands of citizens.

The Chinese government, Gladstein pointed out, keeps close tabs on its citizens’ behavior, location, finances, and communications. Facial recognition tech, smartphone apps, surveillance drones, and smart glasses are all used to gather information as people go about their daily lives, and this information is fed into the country’s social credit system. Obedient citizens gain privileges and praise, while dissidents, intellectuals, criminals, and other non-conformants can be denied access to services.

And that’s not all. “Predictive policing is real in China today. If the regime thinks your social credit score is indicative that you might do something wrong, they can come arrest you before you’ve committed a crime,” Gladstein said.

Less drastic examples exist in the West, he added, but should also be cause for concern, whether we’re talking about our data being sold without our knowledge or consent, our elections being influenced through online platforms, or a reputation score being assigned to Facebook users in an attempt to combat fake news.

Bitcoin, Gladstein believes, can help—and is already doing so. “Until Bitcoin, there was no way to globally transact other than to trust a third party,” he said. “Unstoppable money simply didn’t exist. I posit to you that Bitcoin is a revolutionary upgrade in how humans can network.”

The fact that it’s owner-less and decentralized gives Bitcoin some uniquely resilient properties. It can’t be changed, stopped, or interrupted. You don’t need to know or trust the party on the other end to transact with them. And even within the Bitcoin community, power is distributed; its ‘government’ works like so, Gladstein said:

Miners are the executive branch, because they work to win the right to add another block to the Bitcoin blockchain. Coders write the script that allows the language to upgrade; they’re the legislative branch. And users decide whether or not to install new blocks on their full nodes, making them comparable to the judicial branch.

“No one entity can control Bitcoin,” Gladstein said. “You have to have consensus among three very different groups, which makes it very hard to change.”

In fact, a clue about why Bitcoin was built was left in the code of the first Bitcoin block. It was a criticism of governments printing more money when financial crises take place. Bitcoin could do to financial monopolies what the internet did to information monopolies (that is, disrupt or destroy them).

As an example, Gladstein spoke about Venezuela’s current crisis and syrocketing inflation. The International Monetary Fund predicted the country’s inflation will reach 1,000,000 percent by the end of this year, and consumer prices have already risen 46,305 percent this year by one estimate.

“Bitcoin is an escape valve for people in Venezuela,” he said. “It gives them a way to store their money that their government can’t vaporize or inflate to nothing. It gives them a way to transact value with their relatives overseas. It upgrades the ability of remittances to be permanent.”

Bitcoin and other decentralized networks are most useful in countries where people can’t trust the government or the banking system. Gladstein said the most recent estimate of the number of people who have used a cryptocurrency is around 75 million, or 1 percent of the world’s population. “But 4 billion people, or almost half of the world’s population, live under an authoritarian regime,” he said. “That’s a massive opportunity.Whether it’s an opportunity for human impact or business impact, that’s up to you.”

He pointed out that it’s important to differentiate between open blockchains like Bitcoin or Ethereum, and private or enterprise blockchains, which are closed, centralized, usually permissioned, and censorable. Open blockchains are the new cash—they give users privacy and free speech, a way to use money without being tracked.

Gladstein shared a relevant quote from essayist and risk analyst Nassim Nicholas Taleb: “Bitcoin’s mere existence is an insurance policy that will remind governments that the last object the establishment could control, namely the currency, is no longer a monopoly. This gives us, the crowd, an insurance policy against an Orwellian future.”

Though Bitcoin’s been around for almost a decade now, we’re really still at its beginning. Cell phones were expensive and hard to use at first too (poor design, low battery life, bad signal), but now people all over the world are using cell phones for cheap and doing much more than just making calls on them. Gladstein sees Bitcoin following a similar cycle of lowered barriers, increased user-friendliness, and wider adoption.

The problem is that Bitcoin was designed to be slow; its creators traded scalability and efficiency for security and censorship resistance. “If we’re going to think exponentially and get Bitcoin into the hands of a billion people instead of just a million people, we have to find another solution,” Gladstein said.

His proposal? Lighting Network, or systems like it. Lightning is a decentralized network that uses blockchain smart contracts to enable instant payments between participants, but transactions are settled off-blockchain, which makes for faster speeds and lower fees. Lightning can do millions of transactions per second.