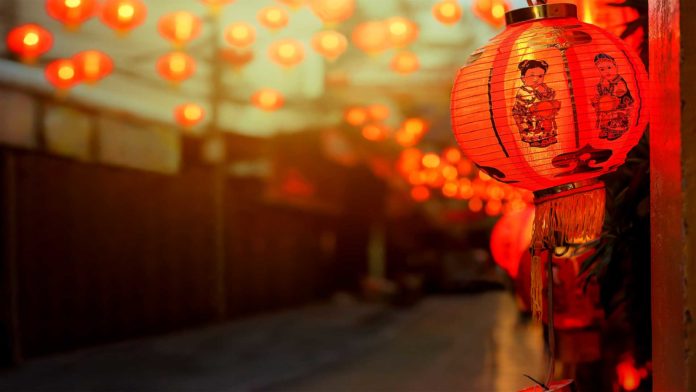 Last year, China’s government put out its plan to lead the world in AI by 2030.

And the figures don’t lie.

With a $14 trillion GDP, China is predicted to account for over 35 percent of global economic growth from 2017 to 2019—nearly double the US GDP’s predicted 18 percent.

And AI is responsible for a big chunk of that.

PricewaterhouseCoopers recently projected AI’s deployment will add $15.7 trillion to the global GDP by 2030, with China taking home $7 trillion of that total, dwarfing North America’ $3.7 trillion in gains. In 2017, China accounted for 48 percent of the world’s total AI startup funding, compared to America’s 38 percent.

Already, Chinese investments in AI, chips, and electric vehicles have reached an estimated $300 billion. Meanwhile, AI giant Alibaba has unveiled plans to invest $15 billion in international research labs from the US to Israel, with others following suit.

Beijing has now mobilized local government officials around AI entrepreneurship and research, led by billions in guiding funds and VC investments. And behind the scenes, a growing force of driven AI entrepreneurs trains cutting-edge algorithms on some of the largest datasets available to date.

As discussed by Kai-Fu Lee in his soon-to-be-released book AI Superpowers, four main drivers are tipping the balance in China’s favor:

Perhaps China’s biggest advantage is the sheer quantity of its data. Tencent’s WeChat platform alone has over one billion monthly active users. That’s more than the entire population of Europe. Take mobile payments spending: China outstrips the US by a ratio of 50 to 1.Chinese e-commerce purchases are almost double US totals.

But China’s data advantage involves more than just quantity. As China witnesses an explosion of O2O (online-to-offline) startups, their data is creating a new intelligence layer unparalleled in the West.

Whereas American users’ payment and transportation data are fragmented across various platforms, Chinese AI giants like Tencent have created unified online ecosystems that concentrate all your data in one place.

That means mobile payment platforms like WeChat Wallet and Alipay have data on everything from your dumplings purchase from a street vendor to your recent 100 RMB donation to an earthquake relief fund. This allows them to generate complex maps charting hundreds of millions of users’ every move.

With the unequaled rise of bike-sharing startups like China’s ofo and Mobike, Chinese companies can now harness deeply textured maps of population movement, allowing them to intuit everything from your working habits to your grocery shopping routine.

And as China’s facial recognition capacities explode, these maps are increasingly populated with faces even when you’re not online.

As Chinese tech companies continue merging users’ online behavior with their physical world, the data they collect offers them a tremendous edge over their Silicon Valley counterparts.

This brings me to our second AI driver: hungry entrepreneurs.

While China’s ‘copycat’ era saw a massive wave of mediocre-quality products and unoriginal mimicry, it also forged some of the most competitive, rapidly iterating entrepreneurs in the world.

Refined by fire, Chinese tech entrepreneurs have stopped at nothing to beat the competition, pulling every trick and tactic to smear, outpace and outsmart parallel startups.

Former founder-director of Google Brain Andrew Ng noted the hunger raving among Chinese entrepreneurs: “The velocity of work is much faster in China than in most of Silicon Valley. When you spot a business opportunity in China, the window of time you have to respond is very short.”

But as China’s AI expertise has exploded, and startups have learned to tailor American copycat products to a Chinese audience, these entrepreneurs are finally shrugging off their former ‘copycat’ reputation, building businesses with no analogs in the West.

Just this year, China’s computer vision startup SenseTime became the most valuable AI startup in the world. Capable of identifying your face, gauging your age and even your potential purchasing habits, SenseTime is now a world-class leader in facial recognition technologies, applying their AI to everything from traffic surveillance to employee authorization.

After a $600 million Alibaba-led funding round in April, SenseTime raised a further $620 million in its ‘Series C+’ round announced in May, now claiming a valuation of over $4.5 billion.

And SenseTime is not alone. As of this past April, China is home to 168 unicorns, collectively valued at over $628 billion.

But in order to leverage AI for billion-dollar startups, China counts on its growing expertise.

It is important to note that China is still new to the game. When deep learning got its big break in 2012—when a neural network decimated the competition in an international computer vision contest—China had barely woken up to the AI revolution.

But in a few short years, China’s AI community has caught up fast. While the world’s most elite AI researchers still largely cluster in the US, favoring companies like Google, Chinese tech giants are quickly closing the gap.

Already in academia, Chinese AI researchers stand shoulder-to-shoulder with their American contemporaries. At AAAI’s 2017 conference, an equal number of accepted papers came from US- and China-based researchers.

We’ve also seen increased collaboration between China’s top tech firms and emerging student talent. Tencent, for instance, sponsors scholarships for students at a lab in Hong Kong’s University of Science and Technology, granting them access to masses of WeChat data.

Meanwhile, Baidu, Didi, and Tencent have all set up their own research labs.

China’s Face++ now leads the world in face and image recognition AI, beating out top teams from Google, Microsoft and Facebook at the 2017 COCO image-recognition competition.

Voice recognition software company iFlyTek has not only outcompeted teams from Alphabet’s DeepMind, Facebook and IBM Watson in natural-language processing, but has done so in its “second language” of English.

Now the most valuable AI speech company in the world, iFlyTek’s cutting edge technology could one day enable translation earpieces that instantaneously translate speech into any language.

But perhaps the greatest unifying force behind China’s skyrocketing AI industry is the country’s very own central government.

Within two months of the AI’s victory, China’s government issued its plan to make China the global center of AI innovation, aiming for a 1 trillion RMB (about $150 billion USD) AI industry by 2030.

But there is a critical difference between China’s New Generation AI Development Plan (released in July 2017) and America’s 2016 AI strategic plan, released under the Obama Administration to encourage ramped-up AI R&D.

While the White House report got modest news coverage and a mildly enthusiastic response from the AI community, this was barely a hiccup in comparison to China’s clarion call. When the CCP speaks, everyone listens.

Within a year, Chinese VC investors were pouring record sums into AI startups, surpassing the US to make up 48 percent of AI venture funding globally. Over the past decade, Chinese government spending on STEM research has grown by double digits year on year.

And China’s political system is set up such that local officials are incentivized to outcompete others for leadership in CCP initiatives, each striving to lure in AI companies and entrepreneurs with generous subsidies and advantageous policies.

Mayors across the country (largely in eastern China) have built out innovation zones, incubators and government-backed VC funds, even covering rent and clearing out avenues for AI startups and accelerators.

Beijing plans to invest $2 billion in an AI development park, which would house up to 400 AI enterprises and a national AI lab, driving R&D, patents and societal innovation.

Hangzhou, home to Alibaba’s HQ, has also launched its own AI park, backed by a fund of 10 billion RMB (nearly $1.6 billion USD). But Hangzhou and Beijing are just two of the 19 different cities and provinces investing in AI-driven city infrastructure and policy.

As I discussed last week, cities like Xiong’an New Area are building out entire AI cities in the next two decades, centered around autonomous vehicles, solar panel-embedded roads, and computer vision-geared infrastructure.

Pulling out all the stops, China’s government is flooding the market with AI-targeted funds as Chinese tech giants and adrenalized startups rise to leverage this capital.

Once disregarded as a market of ‘copycats’ looking to Silicon Valley for inspiration and know-how, China’s AI ecosystem has long departed this stage.

Propelled by an abundance of government funds, smart infrastructure overhauls, leading AI research, and some of the world’s most driven entrepreneurs, China’s AI ecosystem is unstoppable.