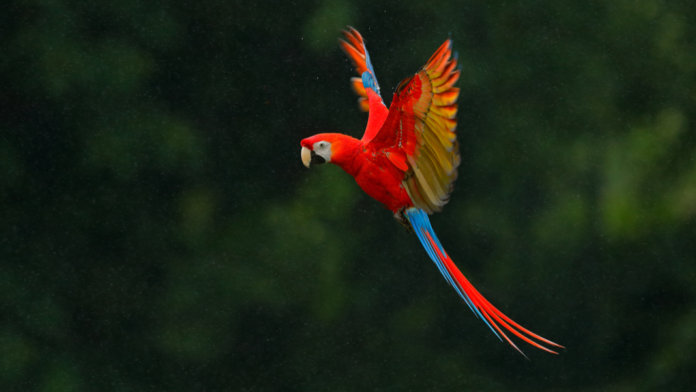 If a recent project using Google’s DeepMind were a recipe, you would take a pair of AI systems, images of animals, and a whole lot of computing power. Mix it all together, and you’d get a series of imagined animals dreamed up by one of the AIs. A look through the research paper about the project—or this open Google Folder of images it produced—will likely lead you to agree that the results are a mix of impressive and downright eerie.

But the eerie factor doesn’t mean the project shouldn’t be considered a success and a step forward for future uses of AI.

The team behind the project consists of Andrew Brock, a PhD student at Edinburgh Center for Robotics, and DeepMind intern and researcher Jeff Donahue and Karen Simonyan.

They used a so-called Generative Adversarial Network (GAN) to generate the images. In a GAN, two AI systems collaborate in a game-like manner. One AI produces images of an object or creature. The human equivalent would be drawing pictures of, for example, a dog—without necessarily knowing what a dog exactly looks like. Those images are then shown to the second AI, which has already been fed images of dogs. The second AI then tells the first one how far off its efforts were. The first one uses this information to improve its images. The two go back and forth in an iterative process, and the goal is for the first AI to become so good at creating images of dogs that the second can’t tell the difference between its creations and actual pictures of dogs.

The team was able to draw on Google’s vast vaults of computational power to create images of a quality and life-like nature that were beyond almost anything seen before. In part, this was achieved by feeding the GAN with more images than is usually the case. According to IFLScience, the standard is to feed about 64 images per subject into the GAN. In this case, the research team fed about 2,000 images per subject into the system, leading to it being nicknamed BigGAN.

Their results showed that feeding the system with more images and using masses of raw computer power markedly increased the GAN’s precision and ability to create life-like renditions of the subjects it was trained to reproduce.

“The main thing these models need is not algorithmic improvements, but computational ones. […] When you increase model capacity and you increase the number of images you show at every step, you get this twofold combined effect,” Andrew Brock told Fast Company.

The team used 512 of Google’s AI-focused Tensor Processing Units (TPU) to generate 512-pixel images. Each experiment took between 24 and 48 hours to run.

That kind of computing power needs a lot of electricity. As artist and Innovator-In-Residence at the Library of Congress Jer Thorp tongue-in-cheek put it on Twitter: “The good news is that AI can now give you a more believable image of a plate of spaghetti. The bad news is that it used roughly enough energy to power Cleveland for the afternoon.”

Thorp added that a back-of-the-envelope calculation showed that the computations to produce the images would require about 27,000 square feet of solar panels to have adequate power.

BigGAN’s images have been hailed by researchers, with Oriol Vinyals, research scientist at DeepMind, rhetorically asking if these were the ‘Best GAN samples yet?’

However, they are still not perfect. The number of legs on a given creature is one example of where the BigGAN seemed to struggle. The system was good at recognizing that something like a spider has a lot of legs, but seemed unable to settle on how many ‘a lot’ was supposed to be. The same applied to dogs, especially if the images were supposed to show said dogs in motion.

Those eerie images are contrasted by other renditions that show such lifelike qualities that a human mind has a hard time identifying them as fake. Spaniels with lolling tongues, ocean scenery, and butterflies were all rendered with what looks like perfection. The same goes for an image of a hamburger that was good enough to make me stop writing because I suddenly needed lunch.

The Future Use Cases

GAN networks were first introduced in 2014, and given their relative youth, researchers and companies are still busy trying out possible use cases.

One possible use is image correction—making pixillated images clearer. Not only does this help your future holiday snaps, but it could be applied in industries such as space exploration. A team from the University of Michigan and the Max Planck Institute have developed a method for GAN networks to create images from text descriptions. At Berkeley, a research group has used GAN to create an interface that lets users change the shape, size, and design of objects, including a handbag.

For anyone who has seen a film like Wag the Dog or read 1984, the possibilities are also starkly alarming. GANs could, in other words, make fake news look more real than ever before.

For now, it seems that while not all GANs require the computational and electrical power of the BigGAN, there is still some way to reach these potential use cases. However, if there’s one lesson from Moore’s Law and exponential technology, it is that today’s technical roadblock quickly becomes tomorrow’s minor issue as technology progresses.