5 Projects That Show How STEAM Can Shape the Future 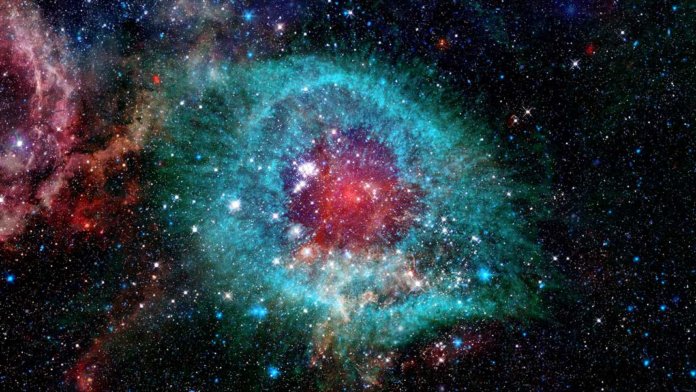 However, a true understanding of the world and our place in it requires interconnections between many disciplines and ways of thinking. Global challenges, whether they be climate change or wealth inequality, cannot be tackled with a single isolated discipline, but rather require a convergence of subjects and thinking tools.

Such is where the convergence of science and arts is actually more natural than is often assumed. STEAM is an educational approach to learning that combines science, technology, engineering, the arts, and mathematics. The arts in this context refer not only to the fine arts, but also to the liberal arts and humanities.

STEM education by itself misses the development of critical 21st-century skills that are required as we head towards the Imagination Age and a creative economy. STEAM doesn’t only result in more meaningful learning, but also contributes to more divergent thinking, and consequently, creative innovation. It is also a powerful tool for communicating scientific thought and global issues to the general public.

The below artistic projects celebrate harmony between science and the arts.

Art can be used as a powerful call for action. One strategy is to use art to induce fear in audiences by demonstrating the consequences of inaction. An equally powerful approach is to inspire audiences by providing an exciting vision for the future.

An interactive and immersive exhibition at the World Government Summit in Dubai, Climate Change Reimagined, envisions a desirable future where we have “not only survived the challenges of climate change in the mid-21-st century, but have thrived.” The exhibition highlights the global threat of climate change and the urgent need for innovative solutions. It reframes the biggest problems contributing to humanity’s ecological footprint as an opportunity for radical innovation.

It’s rare to meet someone who doesn’t have some appreciation for music. While there are countless genres out there, a love for music appears to be a universal human trait. Symphony of Science is a project that aims to “spread scientific knowledge and philosophy through musical remixes.”

“Waves of Light” is a remix video that celebrates the beautiful fact that we are able to study the entire history of the universe through the power of light. Its chorus is:

Gaze up into the night sky. Capture the light and read the story of the universe.

The vastness of the universe can often leave us feeling small and insignificant, but then we must remember that we are astronomically massive compared to the microscopic or even quantum world. At such minuscule scales, we are the universe.

From particles popping out of nowhere to light appearing as particles and waves, the quantum world is both wondrous and confusing. It breaks down all of our intuitions about the nature of reality. In the words of legendary physicist Richard Feynman, “If you think you understand quantum mechanics, you don’t understand quantum mechanics.” The quantum world is impossible to observe directly and is studied by indirect methods of observation, such as measuring the remains of proton collision in the laboratory.

With his short film Quantum Fluctuations: Experiments in Flux, artist Markos Kay has taken on the challenge of the impossible with a daring attempt to animate and visualize the quantum world. With visuals and music that appear to be from a different dimension, Kay visualizes various quantum phenomena such as particle decay and proton showers.

How do the mind and body work to make us feel pain? What role does our psychology play in our physical sensations? What is the evolutionary advantage of pain? Thanks to the hard work of researchers, we have an expansive accumulation of studies and theories that can shed light on these questions—but what better way to communicate the answers than to use art?

Exhibited at the MOD Futures Gallery in Australia, “Feeling Human” is an immersive multi-sensory exhibit that uses different technologies to give visitors experiences that provide a window into findings from centuries of pain research. In the process, attendees of the exhibit learn about the biological, psychological, and social influences of pain. As the gallery says, “Welcome to a dark, sensory world where stories of pain come to life…” To feel pain is to feel human, and a better understanding of the nature of pain can contribute to a better understanding of ourselves.

An art project from 2017’s Burning Man, Midnight Star is an experiential art piece that aims to give burners a cosmic perspective. All night long, seven illuminated rings pulse rhythmically with ambient outer space sounds, and at midnight, the Big Dipper’s stars glide into perfect alignment, with seven red rings of the installation hovering above the playa.

Embedded into the installation experience is a midnight ritual. The artists and physicists of the team invite participants to take “a guided meditative tour of the night sky.” The experience combines secular spirituality, music (original scores that integrate space recordings and excerpts from talks by notable astrophysicists), and physics. In the process, participants explore the nature of the universe and take a moment to appreciate our place within it all.

Every year, Burning Man’s incredible installations are possible because of the collaboration between artists and scientists. They are not only symbols of radical self-expression, but also human ingenuity.

We owe much of human advancement to those who have dedicated their lives to the pursuit of knowledge and understanding. The scientific method continues to lead to greater understanding of ourselves and the world, which in return fuels innovation and global progress.

In the 1997 American film adaption of Carl Sagan’s Contact, SETI Scientist Dr. Elli Arroway realizes the power of art after she travels through multiple wormholes to see what appears to be signs of an advanced civilization on another planet. The sheer awe of the experience leads Dr. Arroway to say, “Some kind of celestial event. No—no words. No words to describe it. Poetry! They should have sent a poet.” It’s no shock that Elon Musk and his SpaceX team are sending artists to the moon.

Scientific advancement on its own is not enough. We need philosophers to help us explore the implications of groundbreaking scientific findings. We need filmmakers to allow us to visualize and imagine counter-intuitive insights. We need poets to highlight the awe and wonder that is associated with it all. The convergence of science and art will help us advance as a species.