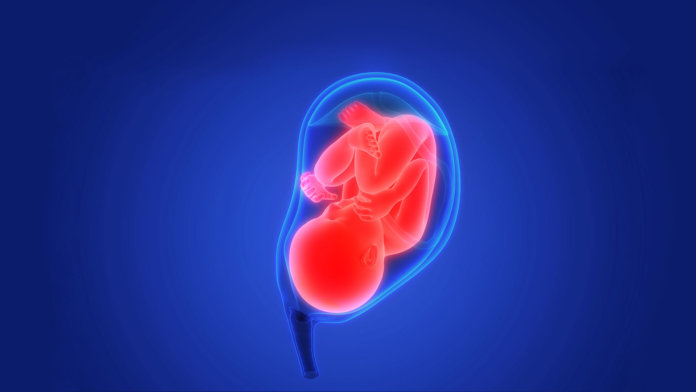 Last week, news of CRISPR-engineered babies launched a firestorm of debate on the future of human reproduction: Is it safe? Is it ethical? Do we now have the ability to “play God”?

But even as scientists, ethicists, and the general public struggled with the implications of a fundamentally-altered reproductive future, other teams released results that also have the potential to disrupt reproduction—not for genetic treatment or enhancement, but to help those who cannot get pregnant produce healthy, living babies.

In one study released in Nature, a team engineered a placenta-like structure inside a test tube. An ephemeral and often forgotten tissue, the placenta is the critical link between the mother and fetus, providing oxygen and nutrients for the developing baby. Failure of the tissue can lead to miscarriages and stillbirths. The “mini-placenta” mimicked its biological counterpart so well that it fooled an off-the-shelf pregnancy test, and it’s now survived for a full year inside its petri dish.

In another case published in The Lancet, scientists transplanted a uterus from a deceased donor into a woman born without one. She carried a living, healthy baby to term, who is also about to celebrate her first birthday later this month.

Here’s the skinny on the whats and whys.

Other than reports of celebrities eating their placentas after birth, the tissue doesn’t get much love. Placentas are often trashed as a side-product, no longer needed for their support function following birth.

But now it’s their turn in the spotlight.

“The missing link between complications during pregnancy and development of the fetal brain has been hiding in plain sight for a long time,” said Dr. Daniel R. Weinberger at the Lieber Institute for Brain Development in Baltimore. “It’s the placenta.”

During pregnancy, the placenta develops from a few cells into an organ of about a pound—and many of those cells are from the fetus, not the mother. Early after the fertilized egg implants into the uterine lining, it sends out a team of “intruder” cells that tunnels into her blood vessels and coaxes them to redirect towards the embryo, providing oxygen and nutrients.

But it’s not just a supportive organ: the placenta is also the barrier against infections, a recycling plant that pumps out waste, and a secretion factory that secretes hormones and other proteins. Basically, it’s a life-support system for the fetus, and failure—perhaps unsurprisingly—leads to stillbirths, miscarriages, and other pregnancy complications.

This happens more often than expected, roughly 20 percent of the time, and damages the mother’s health later in life. Heart disease, stroke, and gestational diabetes are all problems that can eventually lead to the mom’s obesity and metabolic disease. What’s more, mental stress on the placenta is linked to a higher chance of neurodevelopmental conditions like autism in baby boys.

So why hasn’t the placenta gotten much love? Mainly, it’s really, really hard to study. Scientists normally can only dissect placentas after birth (for obvious reasons), which is akin to an autopsy rather than a live feed.

Human placentas are also critically different from those of other species, said Dr. Ashley Moffett at the University of Cambridge who led the study, so animal models and cells lines don’t work.

To get around these issues, Moffett and her team turned to a recent trend in biological models: organoids. Using ethically-obtained tissue, the team isolated cells called trophoblasts from discarded placentas at roughly six to nine weeks of gestation. They then grew the cells inside a 3D gel structure to provide shape, and supplied it with the necessary nutrients and proteins. Within two weeks, the team had placenta-like organoids in the tissue dish.

Careful examination found that these mini-placentas acted like the real thing around the first trimester. They popped out structures normally found within biological placentas, including finger-like, wavy projections called villi that grab onto oxygen and nutrients. They also produced gonadotropin, a hormone that’s measured by drug store pregnancy sticks. In fact, when the team stuck a test into an organoid it registered as “pregnant.”

Slightly creepy? Sure! But the team thinks their placenta-like organs have much to offer. “These ‘mini-placentas’ build on decades of research and we believe they will transform work in this field. They will play an important role in helping us investigate events that happen during the earliest stages of pregnancy and yet have profound consequences for the life-long health of the mother and her offspring,” said study author Dr. Graham Burton, adding that they may also reveal why certain viruses—such as Zika—can pass through this defense barrier but not other similar viruses.

Going forward, the team hopes to use these shelf-stable placentas to study the flow and ebb of hormones as they grow, in order to suss out early biomarkers that may indicate pregnancy problems. Eventually, the “mini-placentas” could also be used to test the effects of drugs or vaccines taken during early pregnancy, or even to provide stem cells to treat failing pregnancies.

Meanwhile, work on the clinical side is tackling a separate problem: is it possible to birth a baby from a transplanted womb, placenta and all?

If the idea sounds completely out there, there is in fact precedent. So far, roughly a dozen babies have been born from uteri transplanted from living donors—generally the recipient’s mother, sibling, or close friend. But so far, doctors haven’t had much luck using uteri donated from the recently deceased.

Now, Dr. Dani Ejzenberg at the University of Sao Paulo in Brazil reported the first birth of a healthy baby from a transplanted uterus from a deceased donor. The recipient mother is a 32-year-old woman born without a uterus, though otherwise healthy, who received a matching uterus from a 45-year-old mother of three who died from stroke.

It’s a special case. The recipient was born with healthy ovaries, meaning that her eggs could be collected. Back in 2016, the team performed the transplant—an intricate procedure lasting over 10 hours—and added a stump of the donor’s vagina to that of the recipient, while connecting all the blood vessels, ligaments and other tissues. The recipient took immunosuppressant drugs to keep her immune system from attacking the new organ.

Seven months later, following stringent monitoring of signs of immunorejection, the team transplanted a fertilized embryo engineered with IVF into the donor uterus. By 35 weeks, the baby was delivered without complications through a C-section.

The woman was a lucky case. Others who underwent the same procedure experienced immunorejection that prevented them from keeping the womb. The team actually removed the transplanted womb following the successful childbirth, citing that they wanted to currently focus on giving infertile women their first child.

These are still early days for uterine transplants—dead or alive—but the proof-of-concept shows that women who had to previously rely on surrogates may have an alternative way. The team is looking to further refine the protocol, for example, for how much immunosuppressant to give and harvesting the organ as early as possible, to potentially increase success rates.

These successes, in addition to work into lab-generated egg and sperm cells, suggest that human reproduction is poised for the ultimate disruption. Could a future gay couple use a deceased uterus or an artificial womb and an edited sperm-turned-egg fertilized embryo to give birth to genetic children? Could menopause be a thing of the past? And how would that reality alter the fabric of society?