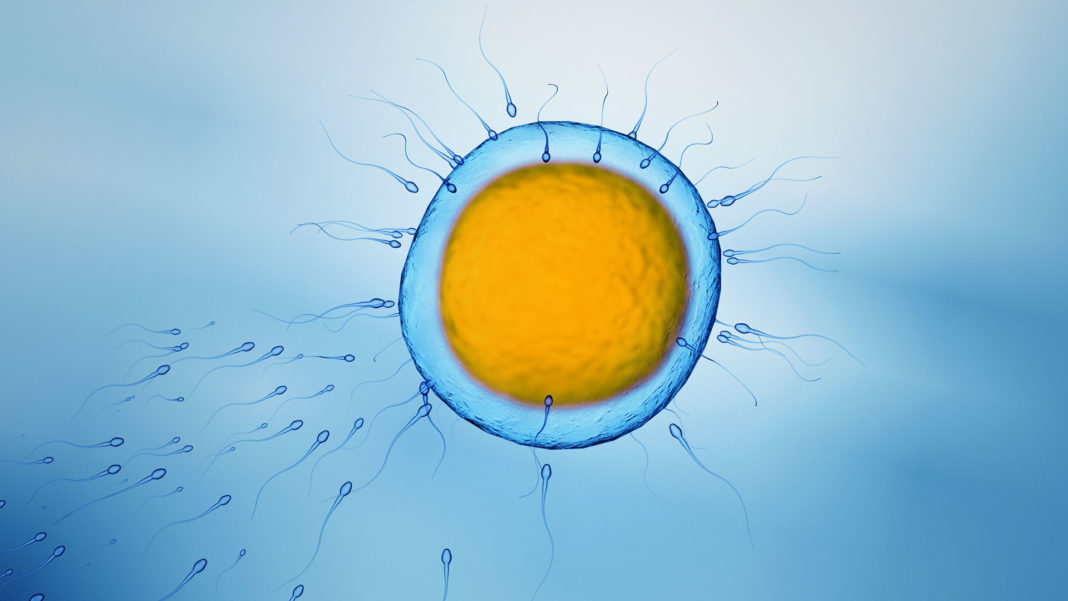 We all know how babies are made: sperm meets egg, molecular magic happens, and an entire human comes to life from a single cell.

But is that the only way?

For a decade, scientists have been in a heated race to redefine reproduction as we know it. Relying on a Nobel Prize-winning technique, these cellular reprogrammers are painstakingly uncovering the secret code that can turn a skin or blood cell into other cell types—including those that link one generation with the next.

If they succeed, the implications are mind-blowing: with a simple blood draw or cheek swab, scientists could erase those cells’ identities and transform them into bona fide sperm or egg cells. Infertility could be a thing of the past. Women could have children regardless of age. Scientists even believe we may one day make a man’s skin cells into eggs and a woman’s into sperm—this “sexual reversal” could allow same-sex couples to reproduce.

To be clear: we’re not there yet. Although scientists have long mastered the journey from skin cell back to stem cell (called iPSCs), pursuing these newly-minted stem cells to turn into immature eggs has been a daunting puzzle. An even larger mystery is how to gradually coax immature cells through the biochemical orchestra that is maturation, so that they’re ready to accept sperm.

But stem cell biologist Dr. George Daley at Harvard University thinks we’re close. Recent advances have been “absolutely clear, and breathtaking,” he said in 2017. Others in the field agreed that the solution may be within reach—perhaps even in a year or two.

They were right. Last week, writing in Science, a Japanese team reported a formula that transforms human blood cells into immature eggs. With the help of an artificial womb made from mouse ovary cells, the human cells underwent changes to their DNA that mimics those in a 10-week-old, normal human egg.

The resulting eggs are far from full-blown eggs, and they can’t yet be fertilized to create human embryos.

But “this cannot be denied as a spectacular next step,” said Dr. Eli Adashi at Brown University, who was not involved in the study. “Considering how difficult this has been in a human, [this new study] in a way broke the ice.”

The moonshot for lab-grown eggs took a sharp turn from “improbable” to “holy crap” in 2016. Using cells from a mouse’s tail to make iPSCs, a team led by Dr. Mitinori Saitou at Kyoto University teased out the precise steps and molecules needed to turn those cells into “primordial” reproductive cells—cells so early in their stage of development they can still transform into either eggs or sperm.

Then came the punch: the team stuck those primordial cells into a cocoon of mouse ovary cells, which provided the necessary environment—and perhaps molecular instructions—to grow into full-fledged, mature egg cells. This was the first time in the history of life that egg cells have ever been made outside a body.

What’s more, the eggs were then fertilized to produce eight healthy mouse pups, which eventually went on to have pups of their own.

Following publication of the study, Shinya Yamanaka, the inventor of iPSCs, called the team “genius.”

Yet how to bridge mice and men was a head-scratcher. The team’s artificial ovary was made from tissue harvested from fetal mice. Crafting a similar incubator from human fetal tissue was troublesome, both in terms of availability and ethics. At the time, the team thought they might be forced to make supporting ovary cells from iPSCs—a challenging and time-consuming additional step.

A Mousy Cradle of Life

The trick, as reported by the same team last week, is to go human-mouse hybrid.

This time, starting from blood cells drawn from a female human, the team once again made primordial reproductive cells. They then carefully transplanted these cells into a cradle made of mouse fetal ovary tissue, which acted as a sort of living Petri dish.

The team painstakingly grew the cells for four months. Nestled inside their artificial ovary, the cells slowly began reshaping their entire genetic landscape. For one, the cells rapidly shed a small chemical group that normally tags onto DNA throughout their genome, much like the way normal seven-week-old eggs do. For another, the cells began to revive an inactive copy of the X chromosome, which is also necessary for normal maturation in egg cells.

In the end, the blood cells had completely transformed into something new: oogonia, which are precursors of mature eggs that human embryos develop in the first trimester of pregnancy.

These findings, for the first time, provide proof-of-concept that iPSCs made from humans have the potential to turn into reproductive cells, the authors concluded.

That’s not to say lab-grown babies are around the corner.

“I think this is an important step, but it’s one of several steps that will be necessary before eggs and sperm made from stem cells will be usable,” said Dr. Henry Greely, a bioethicist at Stanford University who was not involved in the study. “This is farther than anyone has ever gotten with human eggs before, but it is not yet an egg.”

A central mystery, acknowledge the authors, is why mouse primordial reproductive cells grew to full maturity in the artificial ovary, whereas those made from human cells didn’t. A strong possibility is that the mouse environment may not be able to provide all the signals and nutrients necessary for human eggs to mature—an insanely long process that spans from birth to puberty in humans.

Future studies will have to “explore a strategy and the mechanisms” for that last important step: turning immature oogonias into mature egg cells, the authors said.

And an even larger roadblock awaits: the only way to definitively prove that a blood-turned-egg cell works as normal is to fertilize it and allow it to grow—perhaps fully to term as a living, breathing baby.

If that experiment creeps you out, you’re not alone. Saitou and his team are highly aware of the ethical implications for crossing the line. Instead, the team is planning on repeating their lab-grown mice experiment in monkeys.

“What we need to prove is that we can make nice, good-quality eggs. For that we need to demonstrate offspring,” said Dr. Katsuhiko Hayashi, who worked with Saitou on the 2016 mouse study. In addition, studies with monkeys will also be a good proxy for whether the procedure is safe in primates—that is, if the resulting baby monkeys are healthy, and if they can produce offspring of their own.

If successful, the societal ramifications are vast. Investors and IVF clinics are already teasing the idea of “embryo farms.” When eggs and sperm come cheap, hundreds of lab-made embryos could be routinely made for a couple seeking fertility treatment. Genetic sequencing could weed out troublesome ones, such as those genetically disposed to Alzheimer’s disease or heart disease.

And why not take it a step further? Lab-grown embryos would be the perfect substrate for gene editing to remove disease risk altogether or enhance innate abilities, bridging a direct line between assisted fertility and “designer babies.”

To Dr. Renee Reijo Pera at Montana State University, speculations of a sci-fi reproductive future—however bright or dystopian—are beyond the point right now. The end goal is simple: to help those suffering from infertility.

“I don’t view something like in vitro gametogenesis [test tube eggs or sperm] as something scary. I see a group of people that is hurting,” she said.