The Most Surprising Tech Breakthroughs of 2018 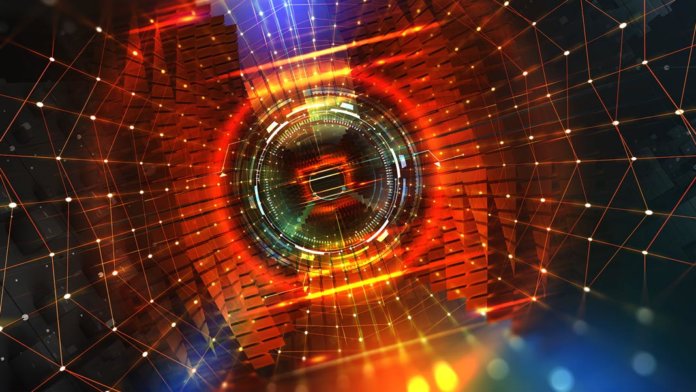 Development across the entire information technology landscape certainly didn’t slow down this year. From CRISPR babies, to the rapid decline of the crypto markets, to a new robot on Mars, and discovery of subatomic particles that could change modern physics as we know it, there was no shortage of headline-grabbing breakthroughs and discoveries.

As 2018 comes to a close, we can pause and reflect on some of the biggest technology breakthroughs and scientific discoveries that occurred this year.

I reached out to a few Singularity University speakers and faculty across the various technology domains we cover asking what they thought the biggest breakthrough was in their area of expertise. The question posed was:

“What, in your opinion, was the biggest development in your area of focus this year? Or, what was the breakthrough you were most surprised by in 2018?”

I can share that for me, hands down, the most surprising development I came across in 2018 was learning that a publicly-traded company that was briefly valued at over $1 billion, and has over 12,000 employees and contractors spread around the world, has no physical office space and the entire business is run and operated from inside an online virtual world. This is Ready Player One stuff happening now.

For the rest, here’s what our experts had to say.

“That’s easy: CRISPR babies. I knew it was technically possible, and I’ve spent two years predicting it would happen first in China. I knew it was just a matter of time but I failed to predict the lack of oversight, the dubious consent process, the paucity of publicly-available data, and the targeting of a disease that we already know how to prevent and treat and that the children were at low risk of anyway.

I’m not convinced that this counts as a technical breakthrough, since one of the girls probably isn’t immune to HIV, but it sure was a surprise.”

First, right before the government shutdown, one priority legislative accomplishment will provide $1.2 billion in quantum computing research over the next five years. Second, there’s the rise of ions as a truly viable, scalable quantum computing architecture.”

“2018 had plenty of energy surprises. In solar, we saw unsubsidized prices in the sunny parts of the world at just over two cents per kwh, or less than half the price of new coal or gas electricity. In the US southwest and Texas, new solar is also now cheaper than new coal or gas. But even more shockingly, in Germany, which is one of the least sunny countries on earth (it gets less sunlight than Canada) the average bid for new solar in a 2018 auction was less than 5 US cents per kwh. That’s as cheap as new natural gas in the US, and far cheaper than coal, gas, or any other new electricity source in most of Europe.

In fact, it’s now cheaper in some parts of the world to build new solar or wind than to run existing coal plants. Think tank Carbon Tracker calculates that, over the next 10 years, it will become cheaper to build new wind or solar than to operate coal power in most of the world, including specifically the US, most of Europe, and—most importantly—India and the world’s dominant burner of coal, China.

“In 2018 we saw a lot of areas in the Global Grand Challenges move forward—advancements in robotic farming technology and cultured meat, low-cost 3D printed housing, more sophisticated types of online education expanding to every corner of the world, and governments creating new policies to deal with the ethics of the digital world. These were the areas we were watching and had predicted there would be change.

What most surprised me was to see young people, especially teenagers, start to harness technology in powerful ways and use it as a platform to make their voices heard and drive meaningful change in the world. In 2018 we saw teenagers speak out on a number of issues related to their well-being and launch digital movements around issues such as gun and school safety, global warming and environmental issues. We often talk about the harm technology can cause to young people, but on the flip side, it can be a very powerful tool for youth to start changing the world today and something I hope we see more of in the future.”

“Without a doubt the rapid and massive adoption of AI, specifically deep learning, across industries, sectors, and organizations. What was a curiosity for most companies at the beginning of the year has quickly made its way into the boardroom and leadership meetings, and all the way down into the innovation and IT department’s agenda. You are hard-pressed to find a mid- to large-sized company today that is not experimenting or implementing AI in various aspects of its business.

On the slightly snarkier side of answering this question: The very rapid decline in interest in blockchain (and cryptocurrencies). The blockchain party was short, ferocious, and ended earlier than most would have anticipated, with a huge hangover for some. The good news—with the hot air dissipated, we can now focus on exploring the unique use cases where blockchain does indeed offer real advantages over centralized approaches.”

“The biggest surprise for me this year in robotics was learning dexterity. For decades, roboticists have been trying to understand and imitate dexterous manipulation. We humans seem to be able to manipulate objects with our fingers with incredible ease—imagine sifting through a bunch of keys in the dark, or tossing and catching a cube. And while there has been much progress in machine perception, dexterous manipulation remained elusive.

There seemed to be something almost magical in how we humans can physically manipulate the physical world around us. Decades of research in grasping and manipulation, and millions of dollars spent on robot-hand hardware development, has brought us little progress. But in late 2018, the Berkley OpenAI group demonstrated that this hurdle may finally succumb to machine learning as well. Given 200 years worth of practice, machines learned to manipulate a physical object with amazing fluidity. This might be the beginning of a new age for dexterous robotics.”

“The biggest development in machine learning this year has been the development of effective natural language processing (NLP).

The New York Times published an article last month titled “Finally, a Machine That Can Finish Your Sentence,” which argued that NLP neural networks have reached a significant milestone in capability and speed of development. The “finishing your sentence” capability mentioned in the title refers to a type of neural network called a “language model,” which is literally a model that learns how to finish your sentences.

Earlier this year, two systems (one, called ELMO, is from the Allen Institute for AI, and the other, called ULMFiT, was developed by me and Sebastian Ruder) showed that such a model could be fine-tuned to dramatically improve the state-of-the-art in nearly every NLP task that researchers study. This work was further developed by OpenAI, which in turn was greatly scaled up by Google Brain, who created a system called BERT which reached human-level performance on some of NLP’s toughest challenges.

Over the next year, expect to see fine-tuned language models used for everything from understanding medical texts to building disruptive social media troll armies.”

“Most surprising to me was the extent and speed at which the industry finally opened up.

While previously, only few 3D printing suppliers had APIs and knew what to do with them, 2018 saw nearly every OEM (or original equipment manufacturer) enabling data access and, even more surprisingly, shying away from proprietary standards and adopting MTConnect, as stalwarts such as 3D Systems and Stratasys have been. This means that in two to three years, data access to machines will be easy, commonplace, and free. The value will be in what is being done with that data.

Another example of this openness are the seemingly endless announcements of integrated workflows: GE’s announcement with most major software players to enable integrated solutions, EOS’s announcement with Siemens, and many more. It’s clear that all actors in the additive ecosystem have taken a step forward in terms of openness. The result is a faster pace of innovation, particularly in the software and data domains that are crucial to enabling comprehensive digital workflow to drive agile and resilient manufacturing.

I’m more optimistic we’ll achieve that now than I was at the end of 2017.”

“The most important development in technology this year isn’t a technology, but rather the astonishing science surprises made possible by recent technology innovations. My short list includes the discovery of the “neptmoon”, a Neptune-scale moon circling a Jupiter-scale planet 8,000 lightyears from us; the successful deployment of the Mars InSight Lander a month ago; and the tantalizing ANITA detection (what could be a new subatomic particle which would in turn blow the standard model wide open). The highest use of invention is to support science discovery, because those discoveries in turn lead us to the future innovations that will improve the state of the world—and fire up our imaginations.”

“Just five or ten years ago, if you’d asked any of us technologists “What is harder for robots?  Eyes, or fingers?” We’d have all said eyes. Robots have extraordinary eyes now, but even in a surgical robot, the fingers are numb and don’t feel anything. Stanford robotics researchers have invented fingertips that can feel, and this will be a kingpin that allows robots to go everywhere they haven’t been yet.”

“2017 was the year of peak blockchain hype. 2018 has been a year of resetting expectations and technological development, even as the broader cryptocurrency markets have faced a winter. It’s now about seeing adoption and applications that people want and need to use rise. An incredible piece of news from December 2018 is that Facebook is developing a cryptocurrency for users to make payments through Whatsapp. That’s surprisingly fast mainstream adoption of this new technology, and indicates how powerful it is.”

“I think one of the most visible improvements in AI was illustrated by the Boston Dynamics Parkour video. This was not due to an improvement in brushless motors, accelerometers, or gears. It was due to improvements in AI algorithms and training data. To be fair, the video released was cherry-picked from numerous attempts, many of which ended with a crash. However, the fact that it could be accomplished at all in 2018 was a real win for both AI and robotics.”

“2018 ushered in a new era of exponential trends in non-invasive brain modulation. Changing behavior or restoring function takes on a new meaning when invasive interfaces are no longer needed to manipulate neural circuitry. The end of 2018 saw two amazing announcements: the ability to grow neural organoids (mini-brains) in a dish from neural stem cells that started expressing electrical activity, mimicking the brain function of premature babies, and the first (known) application of CRISPR to genetically alter two fetuses grown through IVF. Although this was ostensibly to provide genetic resilience against HIV infections, imagine what would happen if we started tinkering with neural circuitry and intelligence.”