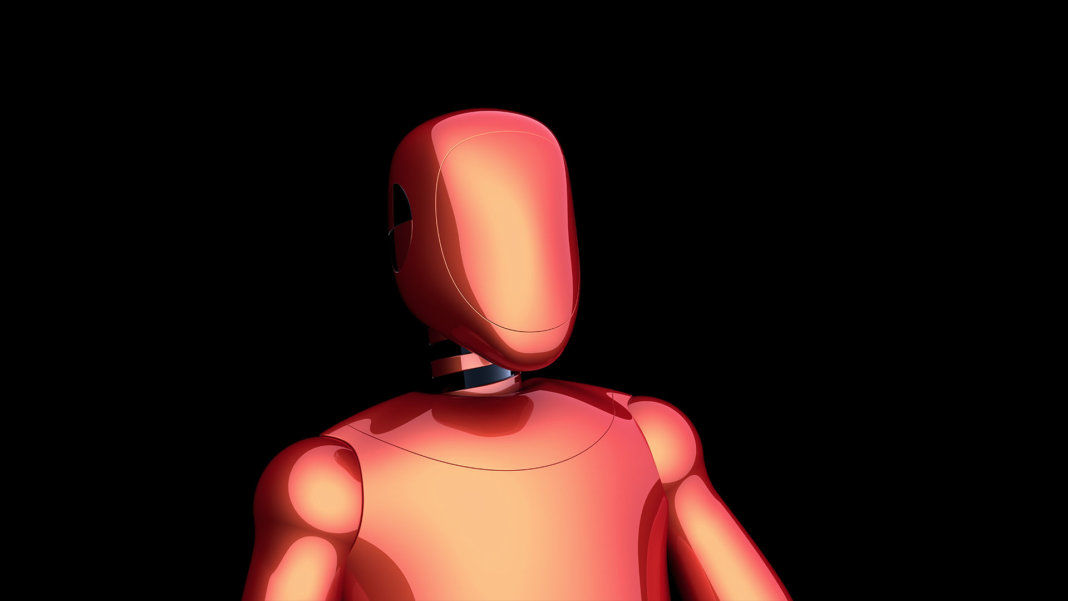 I recently discovered it’s possible for someone in their 20s to feel old—just mention Microsoft’s Clippy to anyone born after the late 90s. Weirdly, there is an entire generation of people who never experienced that dancing wide-eyed paper-clip interrupting a Word doc writing project.

For readers who never knew him, Clippy was an interactive virtual assistant that took the form of an animated paperclip designed to be helpful in guiding users through Microsoft Word. As an iconic symbol of its decade, Clippy was also famously terrible. Worldwide consensus decided that Clippy was annoying, intrusive, and Time magazine even named it among the 50 worst inventions of all time (squeezed between ‘New Coke’ and Agent Orange. Not a fun list).

Though Clippy was intended to help users navigate their software lives, it may have been 20 or so years ahead of its time.

Today, a collection of rapidly-developing technologies, including a suite of AI tools, next-generation game engines, and augmented reality, are poised to bring on a new era of artificially intelligent AR avatars that may actually be useful and engaging.

An avatar, in this case, refers to any embodied form for an AI agent. The clippy paperclip, for example, was the avatar for Microsoft’s office assistant intelligent user software. An Amazon Echo could be thought of as the speaker-device avatar for Amazon’s Alexa AI software.

According to Armando Kirwin, a veteran AR/VR technologist who has worked on several Emmy-nominated projects, we’re close to building what he refers to as Earth’s “avatar layer”—where potentially millions of lifelike ‘Clippy-esque’ avatars fill the world around us, connecting businesses to customers in entirely new ways.

It’s not a crazy idea if you consider the rise in the use of AI assistants like Microsoft’s Cortana, Amazon’s Alexa, and Apple’s Siri. Kirwin’s core hypothesis is that to make these kinds of AIs truly engaging, they need some form of anthropomorphic embodiment.

“Alexa is embodied but in a horribly un-engaging black cylinder. The reason you want embodiment in a human-like form is because as human beings we like to connect with other human beings,” he told me in a conversation for Singularity Hub.

To make his point, Kirwin cited one interesting study by a team of researchers in the UK, who noted that by simply attaching an image of eyeballs to a supermarket donation bucket, collections increased by 48 percent (though the authors of the study indicated more research is required before claiming we understand why this is).

“Our evolutionary history suggests that we want eye contact, we want body language, and we want non-verbal communication like smiles or shoulder shrugs. If you’re Amazon or whoever, and you’re interested in having people engage with your AI, it’s inevitable that it ends up taking a human-like form,” Kirwin said.

He is committed to the idea that our next generation of AI avatars will be highly engaging and that many companies will want one. Target and Wal-mart may build AIs to compete with Alexa, banks will have them at their branches, media companies will use avatars of their characters to promote films, and you may one day interact with an avatar assistant who can guide you through your check-in process to show you around your AirBnB.

“I personally think that the average person will interact with several per day, and I think the world will exponentially start filling up with these avatars. I don’t know the name we’ll give to this, but for now I just call it the avatar layer,” Kirwin said.

According to Kirwin, it’s because technologies have changed dramatically since the late 90s that it’s finally possible to build avatars that don’t suck (like Clippy) and are actually useful and engaging.

“There are really three kinds of core technologies that are all getting really good and converging,” he said.

The first is AI, and specifically machine learning, computer vision, natural language processing, and sentiment analysis. Kirwin notes that each of these areas have been around for a while but are only just now getting really accurate, fast, and cheap.

Small startups like Artie, which Kirwin co-founded, can tap into a collection of sophisticated AI technology from companies like Google and Microsoft as if it were a utility.

Artie, for example, is developing a platform to enable companies to launch their own consumer-facing avatars and, as part of their launch out of stealth mode, recently demonstrated their AI can already detect seven human emotions and around 80 objects.

The next technology is modern game engines, the software used to render 3D graphics in video games, which is also growing in power and capability.

“Real-time 3D rendering once required very powerful machines like an XBOX or Playstation. Today, web-based and mobile-friendly game engines can do sophisticated 3D rendering and they are getting better and better. This allows us to visually represent our avatars,” Kirwin said.

This is the tech that will give developers the ability to visually render their avatars on mobile devices or AR glasses.

Finally, there’s readily available augmented reality technologies that first emerged just over a year ago, and give developers the ability to spatially position and deploy AR objects in a compelling way.

The first widely-available platform was Apple’s ARKit, followed shortly by Google’s ARCore. At a basic level, these platforms can leverage a device’s camera to understand the world around them, detect flat surfaces, and understand the lighting environment, which are all necessary to create digital assets with some degree of realism.

Today, virtually every consumer augmented reality experience is built for smart phone devices, but we’re not far off from the launch of what many believe will be the first mass market head-mounted AR glasses. Apple, for example, is almost certainly on standby to announce plans to launch a pair of AR glasses in the next few years.

“At Artie, we’re starting on mobile, but we want to be really far along when people start using headset devices. Maybe that will be in the next year, but we don’t know. Internally we develop on Magic Leap, and it’s definitely the coolest way to experience an avatar,” said Kirwin.

With AI technologies as the brain powering the avatars, game engines doing the visual rendering work, and AR for the spatial positioning, all of these technologies are advancing to the point that we now have the perfect storm for why avatars are becoming inevitable, according to Kirwin.

And if avatars have even half the kind of influence in our lives that some believe they will, it’s quite possible they could reshape the relationship between businesses and consumers in interesting ways.

As Kirwin pointed out, avatars capable of having complex and interactive conversations with customers will exponentially increase the amount of data businesses can access. Avatars can potentially know if you were bored or happy in real time and know the exact moment someone became disengaged. While it’s far from a new ethical gray area, this also raises serious questions around the idea that marketing AIs could come to intimately know their users, which opens a long list of concerns surrounding surveillance and manipulation.

Regardless, it’s likely many companies will leverage avatars to get a clearer picture of who their customers are and what they want.

“There will be this real-time connection between brands and people literally having millions of conversations with them at the same time. We don’t even know the ramifications of that yet,” said Kirwin.

Businesses looking to better understand the cultural landscape for how society has already adapted to life with avatars have several anecdotes to learn from. Today, many may be familiar with bitmoji or a more recent breakout phenomenon called Zepeto which allows users to create avatars of themselves. And considering that one of the most famous social media influencers today, a supposedly 19-year-old model with the username ‘Lil Miquela’ and over one million followers on Instagram, is actually a digital avatar who promotes brands like Chanel and Ugg—businesses are already having to adapt to the changes avatars will bring.

The entire avatar landscape does appear to be heating up with the recent launch of Kirwin’s own Artie, the makers of Lil Miquela earlier this year announcing a venture round, and a fascinating New Zealand-based company called Soul Machines that is now creating avatars for companies like Mercedes and Autodesk.

In the future we may be interacting with these avatars as holograms, on computer screens, mobile devices, or through AR glasses—but regardless the digital world around us is growing more crowded.

And my guess is that at some point we’ll see the nostalgic return of a much more likable Clippy.