New Progress in the Biggest Challenge With 3D Printed Organs 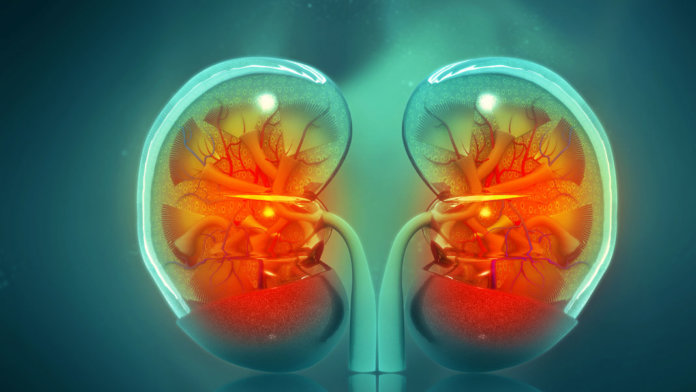 We’re tantalizingly close to growing organs in the lab, but the biggest remaining challenge has been creating the fine networks of blood vessels required to keep them alive. Now researchers have shown that a common food dye could solve the problem.

In the US there are currently more than 100,000 people on organ transplant waiting lists. Even if you’re lucky enough to receive a replacement, you face a lifetime on immunosuppressant drugs. That’s why scientists have long dreamed of growing new organs from patients’ own cells, which could simultaneously tackle the shortage and the risk of organ rejection.

The field of tissue engineering has seen plenty of progress. Lab-grown skin has been medically available for decades, and more recently stem cells have been used to seed scaffolds—either built form synthetic materials or made by stripping cells from natural support structures—to reproduce more complex biological tissue.

Perhaps the most exciting development, though, has been the introduction of 3D printing technology to the field, which promises to bring the same speed, flexibility, and customization enjoyed by engineers to biomedicine. So-called bioprinters are already being used to create organelles for scientific research, and there have been some impressive proof of concept for full organs.

But a common challenge shared by all tissue engineers is what is known as vascularization. Building bulk tissue isn’t too challenging, but scientists have struggled to create the intricate networks of tiny blood vessels that carry nutrients and oxygen deep into organs and carry waste products out. That’s why most demonstrations thus far have been of organelles just an inch or two across or hollow structures like throats or bladders.

Now, though, a team of American researchers led by scientists at Rice University in Texas have created a 3D bioprinter that can print vessels less than a third of a millimeter wide in biocompatible hydrogels. In a paper in Science they describe how they used the bioprinter to create a model of the human lung that can effectively oxygenate human blood.

The group used a common 3D printing technique called projection stereolithography, which uses light to solidify light-sensitive resins layer by layer. In this case, they used a solution that converts into a soft hydrogel when exposed to blue light. A special projector shines high-resolution patterns of light from below that determine the structure of each 2D slice. An overhead arm then lifts the growing model so the next layer can be generated.

Generating high-resolution light patterns is fairly simple, but the challenge is to make the resin sensitive enough to replicate those minute details. The key discovery was that a common food dye called yellow No. 5 could effectively absorb blue light while confining the solidification to a very fine layer. Coming from the food and beverage industry, the chemical is also completely non-toxic.

They used the approach to create an intricate model of the lung with tiny air-sacs surrounded by fine blood vessels. In experiments they showed the artificial organ could oxygenate human blood. And to demonstrate that the technology could one day be used in humans, they also used print tissue carriers and loaded them with liver cells before implanting them into mice.

The Rice University-led team are not the only ones working on this problem. Startup Prellis Biologics is also working on bioprinting minute capillary blood vessels, and last December they launched a line of tissue scaffolds with built-in capillaries.

But while solving the blood supply problem has been top of wish list for tissue engineers, the authors of the latest study point out that the circulatory system isn’t the only place where these fine structures exist.

“Our organs actually contain independent vascular networks—like the airways and blood vessels of the lung or the bile ducts and blood vessels in the liver,” says Jordan Miller, assistant professor of bioengineering at Rice University and senior author of the Science paper.

“These interpenetrating networks are physically and biochemically entangled, and the architecture itself is intimately related to tissue function. Ours is the first bioprinting technology that addresses the challenge of multivascularization in a direct and comprehensive way,” he said.

There’s still a long way to go before this technique could be used to print entire organs, but the approach overcomes one of the major hurdles standing in the way. And significantly, the researchers have decided to open-source the project so others will be able to build on their designs to accelerate progress in the field.