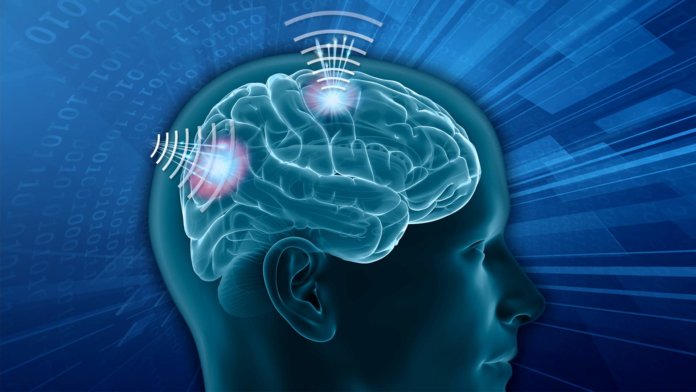 When Elon Musk and DARPA both hop aboard the cyborg hypetrain, you know brain-machine interfaces (BMIs) are about to achieve the impossible.

With the Next-Generation Nonsurgical Neurotechnology (N3) program, DARPA is looking to expand BMIs to the military. This month, the project tapped six academic teams to engineer radically different BMIs to hook up machines to the brains of able-bodied soldiers. The goal is to ditch surgery altogether—while minimizing any biological interventions—to link up brain and machine.

Rather than microelectrodes, which are currently surgically inserted into the brain to hijack neural communication, the project is looking to acoustic signals, electromagnetic waves, nanotechnology, genetically-enhanced neurons, and infrared beams for their next-gen BMIs.

It’s a radical departure from current protocol, with potentially thrilling—or devastating—impact. Wireless BMIs could dramatically boost bodily functions of veterans with neural damage or post-traumatic stress disorder (PTSD), or allow a single soldier to control swarms of AI-enabled drones with his or her mind. Or, similar to the Black Mirror episode Men Against Fire, it could cloud the perception of soldiers, distancing them from the emotional guilt of warfare.

When trickled down to civilian use, these new technologies are poised to revolutionize medical treatment. Or they could galvanize the transhumanist movement with an inconceivably powerful tool that fundamentally alters society—for better or worse.

The four-year N3 program focuses on two main aspects: noninvasive and “minutely” invasive neural interfaces to both read and write into the brain.

Because noninvasive technologies sit on the scalp, their sensors and stimulators will likely measure entire networks of neurons, such as those controlling movement. These systems could then allow soldiers to remotely pilot robots in the field—drones, rescue bots, or carriers like Boston Dynamics’ BigDog. The system could even boost multitasking prowess—mind-controlling multiple weapons at once—similar to how able-bodied humans can operate a third robotic arm in addition to their own two.

In contrast, minutely invasive technologies allow scientists to deliver nanotransducers without surgery: for example, an injection of a virus carrying light-sensitive sensors, or other chemical, biotech, or self-assembled nanobots that can reach individual neurons and control their activity independently without damaging sensitive tissue. The proposed use for these technologies isn’t yet well-specified, but as animal experiments have shown, controlling the activity of single neurons at multiple points is sufficient to program artificial memories of fear, desire, and experiences directly into the brain.

The only technologies that will be considered must have a viable path toward eventual use in healthy human subjects.

“Final N3 deliverables will include a complete integrated bidirectional brain-machine interface system,” the project description states. This doesn’t just include hardware, but also new algorithms tailored to these system, demonstrated in a “Department of Defense-relevant application.”

Right off the bat, the usual tools of the BMI trade, including microelectrodes, MRI, or transcranial magnetic stimulation (TMS) are off the table. These popular technologies rely on surgery, heavy machinery, or personnel to sit very still—conditions unlikely in the real world.

The six teams will tap into three different kinds of natural phenomena for communication: magnetism, light beams, and acoustic waves.

Dr. Jacob Robinson at Rice University, for example, is combining genetic engineering, infrared laser beams, and nanomagnets for a bidirectional system. The $18 million project, MOANA (Magnetic, Optical and Acoustic Neural Access device) uses viruses to deliver two extra genes into the brain. One encodes a protein that sits on top of neurons and emits infrared light when the cell activates. Red and infrared light can penetrate through the skull. This lets a skull cap, embedded with light emitters and detectors, pick up these signals for subsequent decoding. Ultra-fast and utra-sensitvie photodetectors will further allow the cap to ignore scattered light and tease out relevant signals emanating from targeted portions of the brain, the team explained.

The other new gene helps write commands into the brain. This protein tethers iron nanoparticles to the neurons’ activation mechanism. Using magnetic coils on the headset, the team can then remotely stimulate magnetic super-neurons to fire while leaving others alone. Although the team plans to start in cell cultures and animals, their goal is to eventually transmit a visual image from one person to another. “In four years we hope to demonstrate direct, brain-to-brain communication at the speed of thought and without brain surgery,” said Robinson.

Other projects in N3 are just are ambitious.

The Carnegie Mellon team, for example, plans to use ultrasound waves to pinpoint light interaction in targeted brain regions, which can then be measured through a wearable “hat.” To write into the brain, they propose a flexible, wearable electrical mini-generator that counterbalances the noisy effect of the skull and scalp to target specific neural groups.

Similarly, a group at Johns Hopkins is also measuring light path changes in the brain to correlate them with regional brain activity to “read” wetware commands.

The Teledyne Scientific & Imaging group, in contrast, is turning to tiny light-powered “magnetometers” to detect small, localized magnetic fields that neurons generate when they fire, and match these signals to brain output.

The nonprofit Battelle team gets even fancier with their ”BrainSTORMS” nanotransducers: magnetic nanoparticles wrapped in a piezoelectric shell. The shell can convert electrical signals from neurons into magnetic ones and vice-versa. This allows external transceivers to wirelessly pick up the transformed signals and stimulate the brain through a bidirectional highway.

The magnetometers can be delivered into the brain through a nasal spray or other non-invasive methods, and magnetically guided towards targeted brain regions. When no longer needed, they can once again be steered out of the brain and into the bloodstream, where the body can excrete them without harm.

Mind-blown? Yeah, same. However, the challenges facing the teams are enormous.

DARPA’s stated goal is to hook up at least 16 sites in the brain with the BMI, with a lag of less than 50 milliseconds—on the scale of average human visual perception. That’s crazy high resolution for devices sitting outside the brain, both in space and time. Brain tissue, blood vessels, and the scalp and skull are all barriers that scatter and dissipate neural signals. All six teams will need to figure out the least computationally-intensive ways to fish out relevant brain signals from background noise, and triangulate them to the appropriate brain region to decipher intent.

In the long run, four years and an average $20 million per project isn’t much to potentially transform our relationship with machines—for better or worse. DARPA, to its credit, is keenly aware of potential misuse of remote brain control. The program is under the guidance of a panel of external advisors with expertise in bioethical issues. And although DARPA’s focus is on enabling able-bodied soldiers to better tackle combat challenges, it’s hard to argue that wireless, non-invasive BMIs will also benefit those most in need: veterans and other people with debilitating nerve damage. To this end, the program is heavily engaging the FDA to ensure it meets safety and efficacy regulations for human use.

Will we be there in just four years? I’m skeptical. But these electrical, optical, acoustic, magnetic, and genetic BMIs, as crazy as they sound, seem inevitable.

“DARPA is preparing for a future in which a combination of unmanned systems, AI, and cyber operations may cause conflicts to play out on timelines that are too short for humans to effectively manage with current technology alone,” said Al Emondi, the N3 program manager.

The question is, now that we know what’s in store, how should the rest of us prepare?