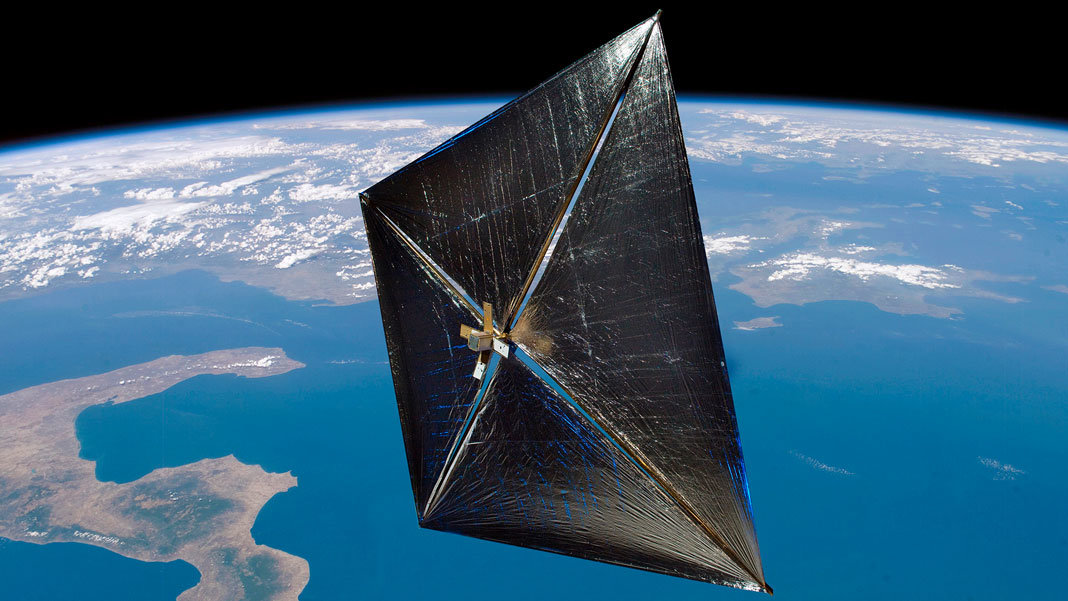 This year marks the 50th anniversary of the first Apollo moon landing. This was possible thanks to an extraordinary acceleration of space technology. Within a remarkably short period of time leading up to the event, engineers had mastered rocket propulsion, on-board computing, and space operations, partially thanks to an essentially unlimited budget.

Since the days of these heroic endeavors, space engineering has matured into a series of interconnected technologies that deliver exciting new space science missions, a fire hose of Earth observation data, and a network of global communication and navigation services. We can now land probes on comets and glimpse further back in time than ever before. But what of the future—what new technologies could help transform the space sector in the next few decades and how?

One promising avenue in the last few years has been to scale up and down space technology. Through a recently launched ten-year program of research supported by the Royal Academy of Engineering, our group is beginning to explore further possibilities at the extreme ends of spacecraft-length scales. We believe this is an under-explored region for mission design that could generate new ideas for the future.

Miniaturization of technology has enabled a range of spacecraft sizes, such as the 100kg small satellites used for the Disaster Monitoring Constellation, which consists of a coordinated group of individual satellites. There are even compact 30x10x10cm CubeSats, satellites weighing a few kilograms, which can carry a range of different payloads. These are often used for Earth observation or to conduct low-cost science experiments, since a large number of them can be launched as secondary payloads along with larger satellites.

We are aiming to step down in space technology by at least an order of magnitude in scale. This would start with a 3x3cm printed circuit board (PCB) satellite, and then to even more compact devices. In-orbit demonstrations of such satellites have already been undertaken. Take for instance the Sprite device, weighing just four grams despite boasting sensors, communications, and on-board data processing.

These devices have already been mounted on the exterior of the International Space Station. And just recently the KickSat-2 mission deployed 105 Sprite devices, costing under US$100 each, in orbit about the Earth. Signals were received from the devices the day after deployment, raising hopes that such devices could one day carry out new tasks in space.

Our goal is to build free-flying devices which can control their orientation and orbit in space. This will allow us to deploy large swarms of sensors which could be used for distributed sensing networks, enabling real-time, large-scale data gathering including space weather monitoring. Looking to the future, even smaller devices could lead to highly integrated, mass-produced satellites on a single silicon wafer.

One exciting possibility is to turn such tiny spacecraft into starships by coupling them with large light sails, reaching other solar systems in a few decades to study them up close. They could also be used to provide pervasive sensing in the vicinity of comets or asteroids.

On the other end of the size spectrum, there is also progress. Large 30-meter deployable booms are already in use on the International Space Station to support its solar arrays. Here, our goal is to step up at least an order of magnitude again through making large, lightweight structures in orbit. This could be done by adapting 3D printing technology to work in vacuum and micro-gravity. We believe this approach could enable the fabrication of ultra-large antennae, power collectors, or solar reflectors.

But why do we need such structures? Take the case of the James Webb Space Telescope, which will soon replace the hugely successful Hubble Space Telescope. It boasts a large primary mirror that is protected from the sun by a shield the size of a professional tennis court. In order to fit this technology into an Ariane 5 rocket, both the primary mirror and the sun shield comprise of deployable segments. These then require a complex sequence of individual releases to fire on cue once in space—or risk mission failure.

The ability to fabricate large, lightweight structures directly in orbit could have a huge impact on space technology, getting around the risky hurdle of launching delicate structures from the ground. For example, if structural support material can be printed directly onto reflective membranes in a continuous manufacturing process, then we could make ultra-large reflectors, potentially several hundred meters across.

In polar orbit, such reflectors could be used to illuminate future terrestrial solar power farms at dawn and dusk when their output is low, but demand and spot prices are high. This would be an entirely new class of space service, where the product is energy rather than information.

It could also be used to reflect light in order to create industrial-scale solar thermal power to process material recovered from near Earth asteroids. For example, a 500 meter radius reflector intercepts the equivalent of 1GW of thermal power—equivalent to the output of a typical power station on Earth.

Baking water from asteroids is a particularly promising avenue, as it could help us manufacture propellant in space. Solar-generated electricity could be used to crack the water into hydrogen and oxygen and use them as the fuel. When recombined and ignited they will burn, producing thrust to drive a spacecraft forward. In future, manufacturing propellant in orbit could reduce the cost of future human space ventures by avoiding the need to haul fuel all the way from the Earth’s surface to space.

While Apollo was an example of engineering on a truly heroic scale, future space ventures can be just as exciting, and can deliver lasting societal benefits beyond flags and footprints.